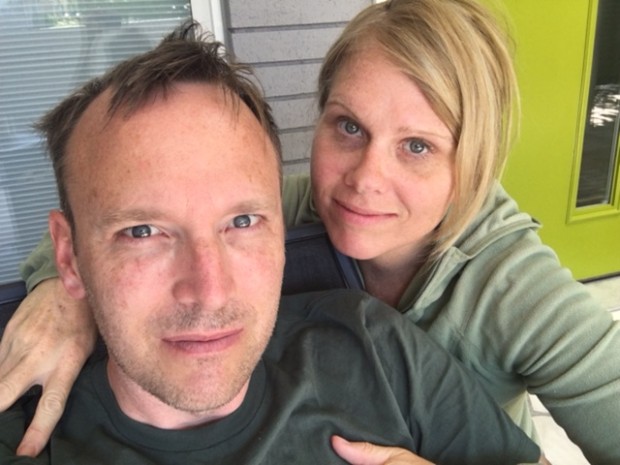 Recently it was #humantrafficking in response to sexual violence and literal human trafficking. Then it was it was #Orlando and everyone became #LGBT strong. Of course then everyone had a gay friend! Now, after the horrific and unjust deaths of two black men, and some crazy dude going on an anti-cop rampage, it is about black people because #blacklivesmatter. What I realize is that in my safe (white) neighborhood (including my Facebook community), it is easy to say #blacklivesmatter. It is easy to jump into a cause. See, sex-traffickers, gay people, and black people are not directly interfering with our very white world. And in our very white world, how will black lives actually always matter instead of becoming this week’s convenient and self-glorifying upper-middle-class-white-person #CauseOfTheWeek?

Sure, among the better-intentioned of my peers, black lives, really all lives, are not a cause. To my well-intentioned peers all lives sincerely matter today, tomorrow and forever. For the rest of us, I think we need to face our own reality. What about when no one is looking, will black lives matter then? Will a black life matter when, say, a loud and out-of-control homeless man, a man who happens to be black, approaches your very white child?

Here it is. I am no expert on humanity. I have no degrees in psychology, sociology, or even biology. I am not paid clergy. I am not gay. I am not Muslim. I am not a person of color. 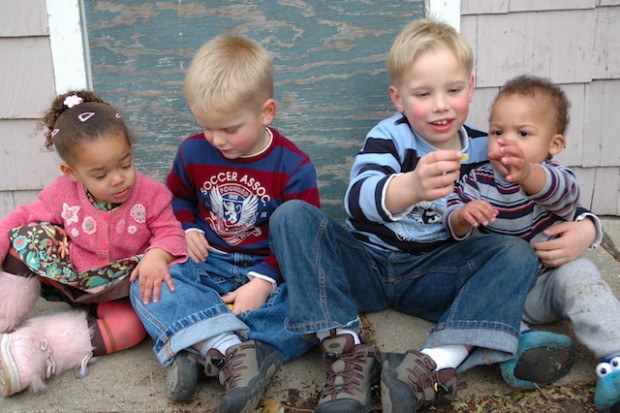 In fact, I am a woman who lives around a lot of other LuluLemon-wearing, upper middle class white people. The demographic of my neighborhood consists almost entirely of well-educated white folk: lawyers, MBA graduates, high-tech VP’s, dentists, doctors and University of Utah professors. Here in the Country Club neighborhood (yes, that is literally the name of my neighborhood), we do not often see people who look different than us. Because I also live in a high-density white, Mormon, upper middle class area, different and shocking around here is akin to seeing the occasional inactive (fallen), and also white, Mormon out in public, holding a Starbucks cup filled with actual coffee. If we are really lucky, we may see a tattoo or a tasteful nose piercing. As such, I am certain platforms like my Facebook feed, my local retailers, and my sons’ school community are all reflections of my white, upper middle class world.

The best I can offer is my very limited perspective. My family and I travel often and throughout the world. We make a point to walk and learn a community. We seek out neighborhood grocery stores and love to talk to the locals. We love to see a world different than our own. I also grew up lower middle class, often on the brink of teetering out of the middle class. I knew what it was like to have no food in the fridge, to have the electricity shut off, have my father out of work, and to not have enough money to buy the clothes I needed to fit in socially. I began working when I was eleven, babysitting full time during the summers. I needed to babysit so I could afford the “right” clothes and have spending money. I continued working all throughout high school.

Now I am a wife and a mother. I do not work. Moments ago my two sons left to hang out with their friends. Eli is going longboarding. He and his friends will be looking for Pokemon. Kyle is going to a birthday party. He will spend the afternoon hanging out and swimming. Kyle and Eli do not have summer jobs. In fact, they do not need summer jobs. We want them to focus their efforts on getting good grades and participating in extracurricular activities. Next year Kyle will have a summer internship, followed by Eli two years later. Of course these internships are so they can bolster their college applications. Kyle leaves later this week for a Student Body Officer camp. After that, he will go to an ACT Prep Camp and a Peer Court Camp. 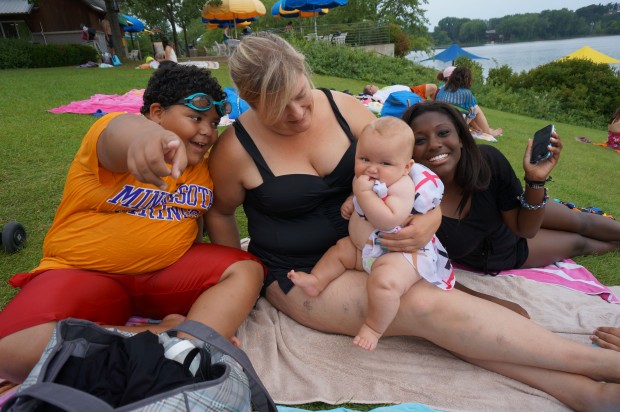 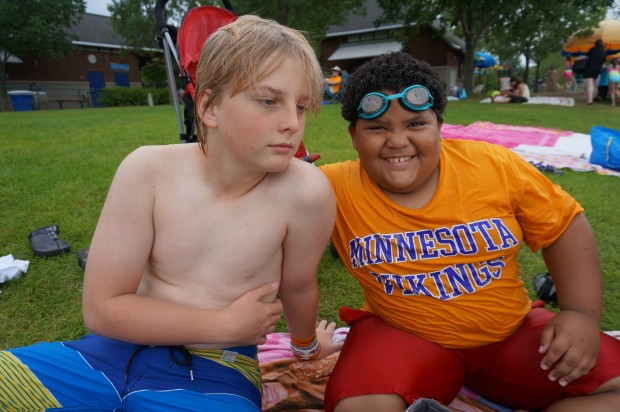 All of this to say that I am deeply concerned that hashtag black lives matter does not really touch my world. Instead, among people in my demographic, at best #blacklivesmatter really is the self-congratulatory cause of the week. At worst, it’s something to be annoyed or even outraged by. Further, I am worried that the following and very serious issue will be completely missed: we live in a world where people are separate and NOT EQUAL.

Somewhere we have been taught to fear those who are different than we are. And because we have been taught to fear difference, I think we struggle to see anyone different equally? It is a fact. Black people look different than white people. Orthodox Muslims dress differently than we do and homeless people often look shabby enough that we cannot recognize them at a distance. How can we see black people equally when we simply cannot? How can we have compassion when one black man decides to kill five police officers? How can we see people equally when we assume the veiled and robed lady is a terrorist — or at least knows one? How can we all matter when one of our presidential contenders is all about the divide, suggesting we ban all the Muslims and have the Mexicans build a wall *(directly from his website, by the way) between them and us? Ok. Let me simplify and bring it closer to my own neighborhood. How can black lives matter when even the sight of a white homeless person makes you fear for your child’s life?

Complicating the matter, I wonder, how can #blacklivesmatter, or even any life matter, when we live in a country that was founded on the basis of separating itself from another? Consequently, we separate to differentiate, feel safe and feel comfortable. We surround ourselves with sameness — even black people do that. Nevertheless, when it comes to the fundamental American concept of equality, there is mostly lip service. People of color consistently get the extremely short end of the stick – no question. Beyond hashtag, how can we live in and maintain a world where we we are treated equally? 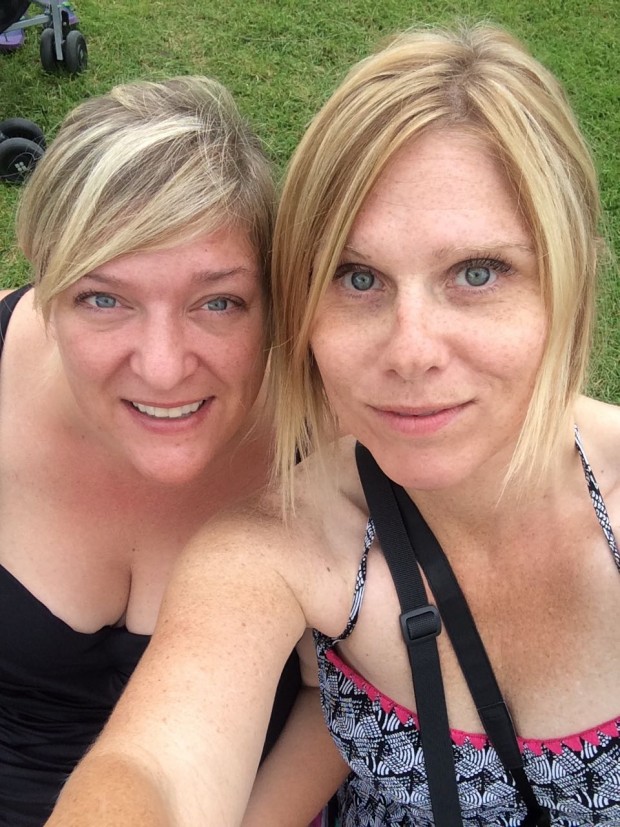 I was born and raised in Minnesota right outside of Minneapolis. As a result, I must admit that the Philando Castile murder caught my attention more than Alton Sterling’s did two days prior. Falcon Heights, Minnesota, the place of Philando Castile’s murder, is also a predominantly white (*73.3%), middle class urban neighborhood situated next to the University of Minnesota’s St. Paul campus. I imagine it is similar to where I live now. A few days ago my best friend Marianne called me. She currently lives in Minnesota. She has four children. Three are biracial (dad from Africa and white Marianne). She recently gained custody of her fourth, a gorgeous African-American teenage girl. Marianne called as she was driving through Falcon Heights. She called just to tell me how “eerie” and “white” Falcon Heights is.

“I cannot believe what happened here.” She said and then paused. “It’s so quiet.”

Then right before I went to sleep last night Dave shared what he had just been reading:

“Beth.” He said and continued, “Did you know that Philando Castile had been pulled over fifty-two times for minor infractions before he was shot on the fifty-third?”

“Are you serious?” I asked and then kept asking.

My eyes widened and I contemplated how it would be to be pulled over by the police fifty-three times. I thought of the already-prepared statement I would have in my head. As I imagined the police officer approaching, I would want to get it all out there,

“Look officer. I am a good person. I am with my family. Now I am going to reach for my license and registration….”

I imagined Philando saying those same things. I felt physically ill. That is when I lost it. I kept saying.

The other day I walked into my local Walmart. Right behind me was a well-dressed, clean cut, suburban-looking, middle-aged African American woman. She was wearing a purse-styled backpack. Walking next to her was her adorable tween daughter. The adorable tween gave me a sweet smile, and held the door for me, as we walked in. Right behind us was a Walmart security guard. I did not notice him until I saw him frantically running up to the woman. I assumed he was going to say something helpful such as,

“Ma’am I noticed you left your car door open.”

Nope. Here is what he said,

“Ma’am you cannot take that in here.”

I was completely confused.

I come to find that the security guard would not allow her to take her not-large backpack purse into the store. I wanted to say something, but feared I would make it worse for her. I watched the security guard walk her over to a little area all-the-while explaining how “here at Walmart it’s against the rules to wear a backpack into the store.” She was filled with grace and pleasantly placed her backpack into a locker.

Ok. The Walmart security guard was not telling the whole truth. If I had a dollar for every time I have been wearing my very backpack-y-looking and not all all purse-like backpack and walked right past that very same security guard into that very same Walmart, I could buy you lunch. I have never been asked to place my bright green nylon backpack in a locker — ever. (ok. once Dave was after I wrote this post.) 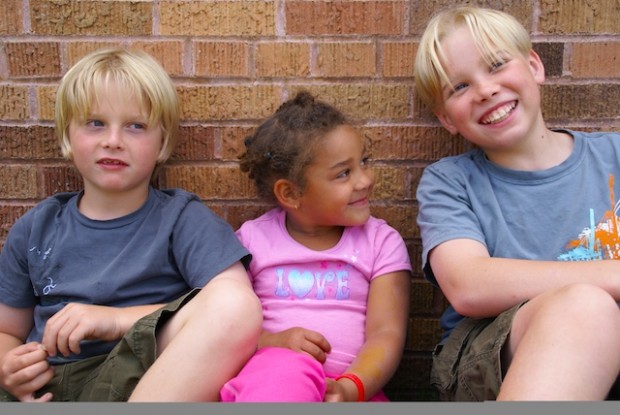 I have driven my Volvo SUV in cities and suburbs all over this country, in nice neighborhoods like Beverly Hills, Potomac, Palo Alto, and oue Country Club neighborhood , and also South Central LA, Oakland, Southeast DC, and west Salt Lake. Never once have I been pulled over for a broken tail light (though I’ve had one) or an expired registration (though I’ve had one — now once) or any other trivial infraction. I asked Dave and he said he’s been pulled over for a registration, but was let off with a warning.

In America, white soccer moms in Volvos don’t get pulled over by cops in Beverly Hills, and they don’t get pulled over in South Central. Black men like Philando Castile get pulled over 53 times for driving in nice white neighborhoods. According to from article in NPR, Black folks in not-so-nice neighborhoods like Ferguson Missouri have it just as bad or worse: the 21,135 people who live there were issued 32,975 arrest warrants for nonviolent offenses, mostly driving violations, in a single year. 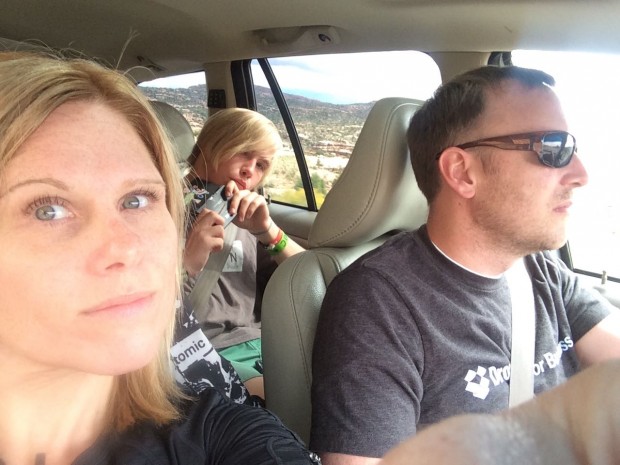 Yes, I realize that I’m such a Volvo-driving soccer mom that I just cited an NPR story. Case closed.

–This piece was written by David and Beth Adams