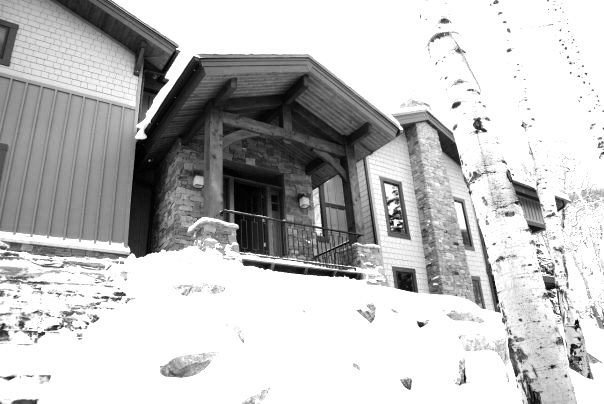 Could our House be it’s very own Shining Hotel?

Winter has arrived and as a non-Winter-loving soul who is also trying to please her three Winter-loving boys while making sense of my my Winter non-love,  I had the epiphany  last night at dinner. I broke from my deep and overly analytical thoughts, looked over at Dave and blurted out these words, “Dave, we live in The Shining mansion!” to which Dave responded by laughing [insert Dave’s laughing sounds here]. To which I responded,  “You think I am kidding.”

Ok, so I am sure you all remember the  movie The Shining, right? It is that awesome 1980 creepy, keep-you-up-all-night suspense movie directed by Stanley Kubrick and written by both Stanley Kubrick and Steven King. Even those of you who do not watch R-rated movies must have seen a highly-bleeped-Lifetime-Television-version of  The Shining which included that little R-E-D-R-U-M-finger-talking kid, you know, Jack Nicholson’s son in the movie, who also rides his tricycle around the haunted hotel.  Maybe you remember those childhood discussions where your friend would say something like, “You know REDRUM is Murder spelled backwards, he he?”  And REDRUM is obviously a reference to The Shining.  At the very least, perhaps you have seen the Halloween Simpsons Shining Parody?  Homer plays the Jack Nicholson character and in a dark room as Marge finds a light shining on Homer’s typewriter she says, “Homer, Homey, what he has typed will be a window into his madness.” Then she sees the typed words, “Feelin’ fine.” Lightning Strikes and then Marge sees the crazy words written all over the now  illuminated walls and says, “This is less encouraging.” With another strike of lightning Marge screams as Homer enters the room and says, “Nobody is safe, Marge. All I need is a title.  I was thinking something along the lines of No TV and no beer make Homer something something.” To which Marge responds, “Go crazy?” And as Homer jumps out at her he says, “Don’t mind if I do!” I have always loved that Simpsons episode. Maybe it is because it is the only Simpsons episode ever where I feel more like Homer than I do Marge.

In whatever version or incarnation of The Shining you have seen, remember that Jack Nicholson’s character is trying to write a book (like blogging [wink wink]).  Due to cabin fever and being isolated in a cold,wintery, middle-of-nowhere hotel, he goes completely C-R-A-Z-Y. Read the plot summary. It says just that: “The father, Jack Torrance, is underway in a writing project when he slowly slips into insanity as a result of cabin fever. . .”

It’s like this. From IMDB , Wikipedia (and of course a with a in-parenthesis-Beth’s-life comparison): The Shining tells the story of a family who heads to an isolated hotel (a dark Canyon in the Snowy Wasatch Mountain Range) for the winter where an evil and spiritual presence influences (The Mormons, The Non Mormons. Take your Pick.) the father (the mother/me) into violence (Irritability, Naps, Complaining, Excessive Baking), while his psychic son(s) sees horrific forebodings from the past and of the future (my sons just leave for school or the slopes).  The father (the mother/me), Jack Torrance (Beth Adams), is underway in a writing project (blogging, reading blogs and still trying to understand Twitter) when he (she) slowly slips into insanity as a result of cabin fever (lives 1.2 miles up the hill and 3.3 miles from Civilization/Whole Foods) and former guests of the hotel’s ghosts (Other Parents, Family Members & The Unfrienders). His young son(s) possess psychic abilities (my sons are psychic too) and are able to see things from the past and future, such as the ghosts who inhabit the hotel (I’ve got nothing). Soon after settling in, the family is trapped in the hotel by a snowstorm (like we often are here in Park City). After being convinced by a waiter’s ghost to “correct” the family [insert favorite bloggers here: So many great bloggers and do not want to leave anyone out], Jack (Beth) goes completely insane. The only thing that can save the son (Kyle & Eli) and his mother (Dave) is “The Shining” (send me to Hawaii, Europe or perhaps move me to a not-so-isolated setting).

Every year when the days become shorter and the air becomes cooler I become the Jack Nicholson character. Once it snows and snows some more, I am doomed. After Christmas, it is almost hopeless. The Sundance Film Festival makes me a little less crazy for a minute, but that only gets me through January. The crazy ghosts really come out in February and often here at 7,200 feet elevation they stay through may and in May you can often find me rocking myself in front of some full spectrum lighting chanting the words, “Cold weather, Dark Skies and Snow make Mommy go Crazy!”

Just ask Dave and the boys or as my lovely neighbors from Alaska said to me just last night, “Most people feel this way in March (the Winter Blues), we always know you are feeling this way the first of November,” They are right. Alas, and now my hate of Winter is explained or at least it is compared to an unhinged man with super creep eyebrows in a very scary movie. Really most people who know me  know that Winter plus Isolation (non-Urban Setting) makes me go C-R-A-Z-Y.  And today (ask me in March) going CRAZY is worth it when it comes to my boys!