(topic given to me by my cool brother Bill & my lovely college roommate, Jenae: Blueberries & BYU) 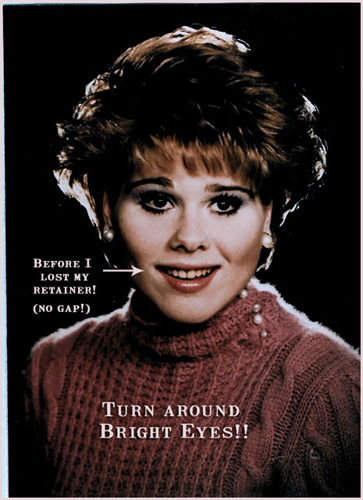 My brother Bill and I were always close. The day he left for his LDS Mission was not an easy day. He was off to serve the Lord in Paris, France and the following year I would be entering-to-learn-and-going-forth-to-serve at Brigham Young University (The sign you see as you enter the BYU really does say just that). I am not sure if Bill ever knew this, but I would have done anything to travel to Paris with him. I could have been an American Au Pair to a rich Parisian Family. On my days off I would have secretly hung out with Bill and all those nineteen year old missionary boys. Bill would have helped me with my French and while Parlez Vous-ing my newly acquired Français, we would be eating yummy Brie Cheese and baguettes. Yes and don’t give it a second thought. Of coure we would be wearing berets. I may even be holding a fake cigarette. I must say now that I have finally made my way to Europe, I think I was on to something back then. If only I had more money, more focus and had been more brave. 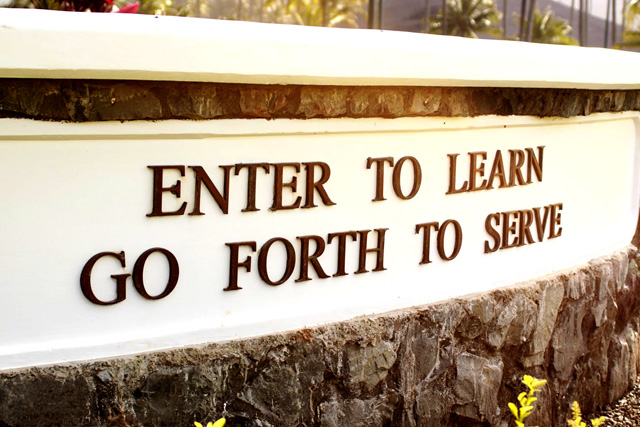 I did, however, enter the BYU, after driving with my family from Minneapolis to Provo, UT in the summer heat. Only to arrive with my stepdad, Ted, thinking it would be a good financial investment (bad investment) to buy a much-too-big house off campus and ask his kids to pay rent. Good times. I can’t say that the two years Bill was gone had flown by. What I can say is that I made it through my crazy non-dorm-off-campus Freshman year and even managed to make rent with my campus middle-of-the-night cleaning-the-Talmage-Math-Computer-Building Cleaning Job.

Thankfully my sophomore year of college began with good news. My sister Brenda was moving to Utah and as soon as Bill’s LDS Church Mission was complete he would be moving to Utah too. In that very house on 695 N and 300 E, Provo, USA, Brenda and I then began our school year. (Hey, did you notice the “B” theme in our names? I have a brother named Brian too.) School was going well. Brenda and I were a good team. She enabled my need to vacuum and keep the house clean and I liked it. We planned our meals together and Brenda was game to support my turkey-sandwich-apples-and-Betty-Crocker-Cake-Mix Lifestyle. I was also being a good BYU girl and trying to find someone to fall in love with (not really). Sadly, all I wanted was instant gratification and was really only interested in having a NICMO (non-committal-make-out . . .   he  he  he).

Because it is against BYU Standards for men and women to live together (even college age family members), I found Bill a place next door with this Asian dude, Peter Pak or was it Pek? And next door to Bill lived an elderly couple and parked on the street was their big dumpster-diving truck. Often through our open windows we would hear the husband screaming, “Shut up or I am going to hit you in the head with a hammer.” We knew the husband had been a prominent builder for the LDS church and we also knew that time had not been kind to his mind. Time was not good to his wife’s mind either. She often, wearing her nightgown, would run into Bill’s apartment, then run over and into our house screaming. On one occasion she ran right into my bathroom, grabbed my hand, placed it next to her chest and said, “Feel this. Feel this. It is a plastic plate. My husband said he is going to stab me. I am serious. He said he is going to stab me!” 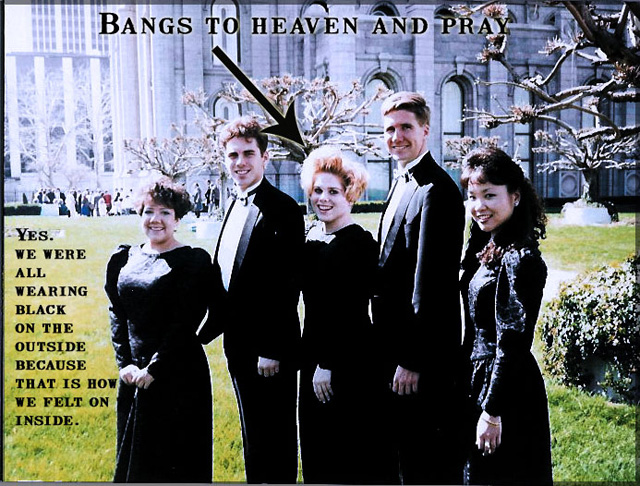 And you thought yesterday's photo was awesome?

Thank goodness for Brenda, Bill and the few friends who didn’t live in the dorms. Thank you Suzie, Nani and Kaelyn! Because all the kids my age, especially the kids from home, had moved on and merged with their Dorm friends (yes, I was a little bitter). We, however, carved out our own quirky space and had adjusted seamlessly to family living and college life. Bill often joined us for dinner. We met his missionary friends too. Bill was a good and protective brother. Even though I thought that this James guy was hot and would love to make out with him, when I was not around Bill told James and all his missionary friends that they could not make out with me and leave me in the dust. Dry spell equals thoughtful brother?

I swear Bill had only been home for a mili-second when he brought her over, my future sister-in-law. I had been sick, sick with food poisoning and a really bad cold. I had not thrown up in hours. Bill walked in the door and said, “Hey guys. What’s up? This is Julie.” To which I jumped up and off the couch. Before I could make it anywhere, I vomited. No, I did not puke on her. I did, however, throw up in a bowl while she stood there in shock. “Welcome to our family.” I laughed.

And this is where the blueberries come in. Earlier in the day I was really congested, not feeling well and after waking from a long nap, I realized I was hungry. I saw some bagels on the counter, took one and toasted it. Warm and toasty, I buttered and then ate my bagel. It was maybe, I mean, maybe an hour later that I had this extreme urge to throw up NOW! I ran to the bathroom and vomited up very dark black barfy goodness. I have never before and have never seen since anything like it. Moments later (sorry this is gross), the black stuff was coming out the other end. For hours I threw up black. And Brenda, because she always takes such good care of me said, “Beth, we need to do something. This is not right.” At that moment I noticed the rest of the bagels in the trash. “Brenda, why did you throw the blueberry bagels away?” She quickly responded, “Because they are moldy! Oh my gosh! You thought those were blueberry bagels?” I saw her both really laugh and nervously and then say, “Those are not blueberry bagels!” 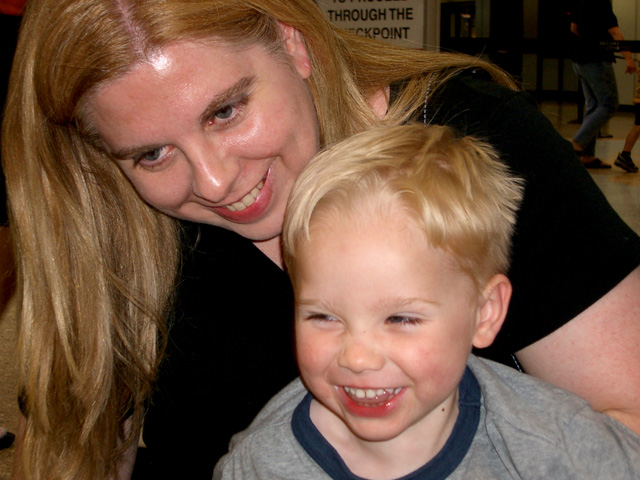 Brenda called Poison Control. What else would you do if you consumed a bunch of poisonous mold? I continued to be sick. Poison Control said it was indeed poison, but hopefully it would pass. It did pass, but not until I threw up one last time in front of my future sister-in-law. All I am saying is maybe it was an omen.