He is the conversation. 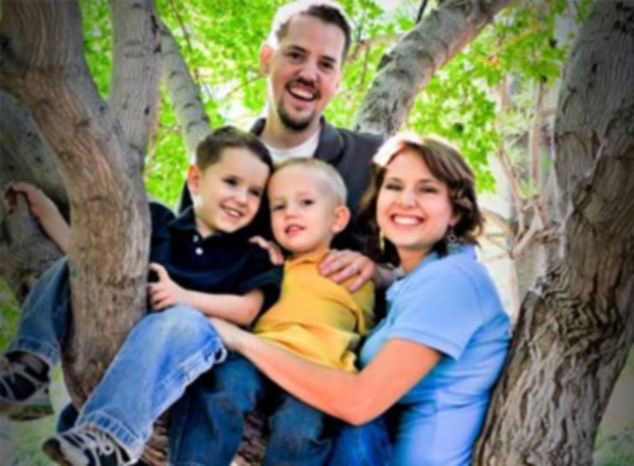 Here in Utah and I am sure many other places around the world  you cannot turn on the television, log on to Facebook, Twitter or even go to the grocery store without someone bringing up  his name and the horrific way he murdered his sons.

The disappearance of his wife, Susan Cox Powell has been big Utah news since December 2009 and since the moment her story broke, I have continued checking for updates.  Susan disappeared one Wintery Night and her husband Josh has been the only person of interest in the case. I was talking to my friend Marianne today. She lives in Minneapolis. She knew about Josh Powell and his sons. She did not know Susan Cox Powell, Josh’s wife, was living here in Utah when she disappeared.  I was surprised. I thought everyone knew Susan’s story. And now I think people need to know. Maybe by knowing we can take a closer and healthier look at our own lived.

Here in Utah, many of us know who Susan Cox Powell is.  We may know her ourselves or we know someone who knows her or is related to her.  And because of the strong and large Mormon presence, Utah Mormon and Non-Mormon alike understand her world and because we do, I think we feel even closer to her story.

She is a mother of two sons and so am I. I am sure she shopped at Costco and Target, like the rest of us moms do. She worked. She gave birth. She bathed, fed, clothed and loved her sons. From all accounts she was a wonderful mother, daughter, sister and wife.   I have two sons of my own and maybe it is this simple connection which has made me  think about her sons over these past two years. I have wondered if those boys miss her. I have thought about what they have been told and I have wondered how they have been doing without their mom. Every time a new twist or turn was announced in her case, I wondered and wanted to know more. I think we all did. Most of us have been mad at Josh and disappointed that he was never arrested. Who takes their boys camping at 12:30 AM on a cold winter’s night? Who?

And this week, like all of us who have been touched by this story, and I know there are millions,  I have been shocked beyond words. Like you, I have been sick and have imagined myself reaching out and pulling those boys out of their horror. As a parent I cannot imagine what would make a parent think it is ok to kill his own children. Wether you believe in a God or not, I think we all wonder what kind of evil, what kind of darkness makes a person do what Josh Powell did? I have read message boards. I have pored over news articles. I have cried. I have prayed. I have thought about our world. I did not know if it was even ok for me to publicly weigh in until a few different things happened: Last night Kyle told me in great detail that they were talking about the man who murdered his kids at school and that the kids also assumed he was guilty of murdering his wife. I read the 911 transcripts; I read statements in support of Josh from his sister Alina Powell and his aunt and uncle, Maurice and Patti Leach, and I saw a life-changing quote by Josh Powell’s mother, Terri.

As much as I did not want to set Kyle straight about the man who murdered his wife, I had to. As his mom, I needed him to understand what it means to have  civil liberties. “Kyle because we live in the United States we believe that people are innocent until proven guilty. No one ever proved that Josh Powell killed his wife. We assume he did, but it has not been proven.  He was never arrested. And sadly today,  there is no doubt that he murdered his children.”  I choked as I explained, “Something really cool about living in the United States is just that you are innocent until you are proven guilty.”

“I get that, Mom. I know that many innocent people have been found guilty, put to death and never were given a chance.”

“You got it, Kyle.”  I continued to explain that unfortunately sometimes because the powers that be are trying to follow this law and have enough evidence to convict, terrible people like Josh Powell will slip through the cracks.

I did not have the heart to tell Kyle about the debate, about all the well thought out and detailed opinions. Just today I read a blog. Jeanne Sager of Cafe Mom also tries to understand Josh Powell’s sister, Alina.  I like it when she says, “I tried to put myself in her shoes.”  Me too. I have tried. I try to understand Alina Powell’s finger pointing, blame and sorrow. Her life has been destroyed and I try to understand.  As much as she blames the media, I think she is in denial. She received emails before Josh killed himself. Like everyone else, she could not imagine he would do any harm yet she waited. She was afraid to go to his house and see. If we are all responsible, if we all sent Josh over the edge (which I do not believe we did), if  we have a stewardship for our words and judgements  (which I think we do), bottom line, so does Alina Powell. Josh was her brother.

“Im terrified to drive over there,” she (Alina Powell) said while crying. “I’m not afraid of him, he’d never hurt me. I’m afraid of seeing something I don’t want to see.”

With those 911 calls we can all see the breakdown. In our Boy-Who-Cried-Wolf  overblown and overstimulated world, when is it serious? If someone says, “I fear for their life,” do we wait or do we get help NOW? In the 911 tapes it is clear what happened. The police were not called now, but would that have made a difference?  Honestly, I am not sure how to answer this question. I have a friend who is an ER doctor. Over the holidays we were asking him over the holidays about people who come to the ER. “When people have chest pains,” we asked him, “how often is it serious?”  His answer, “You would be surprised at how often it is not. Less than one percent.”  Maybe that is why. We have been trained to cry for help and the police know that most of the time we don’t need it. I do not know.

Really with everything I have already said it was the quote from Josh Powell’s mom that pushed me over the edge.  Once I read her statements, I  knew had to say something. Why? Because it was her words that reminded me that we can all make a difference. 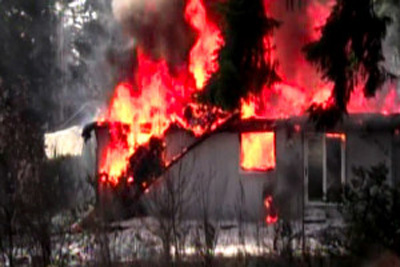 I read the articles. What I understand is that because Josh had a plan, that ultimately it appears that last Sunday, February 5, 2012 at approximately 12:30 PM MST there was really nothing anyone could do.  And then I remembered what Josh’s mom said:

Josh Powell’s mom, Terrica Powell stated: “I think that much of Joshua’s difficulties through the years has stemmed from not knowing where the boundaries are — what are the limits of acceptable behavior.”

Yes, at that moment Josh Powell had all of the power.   Who doesn’t wish they could save Charlie and Braden from their  “big surprise“? As much as we debate, discuss, shout, plead and cry, we can never take that horrific moment back and it kills all of us.

We need to learn something. We need to fill this dark space. We must make this world better. I think  there is something we all can do as we move forward. Maybe we can try to understand and learn from what Josh’s mom is so acutely aware of.  Maybe in our own lives we can act. Josh had issues long before his wife disappeared. His troubles began years before he chose to murder his sons.  There were red flags, years of red flags. Josh demonstrated destructive behavior long before this nightmare happened. He  was not held accountable. It appears he did not receive help.  Josh did not understand boundaries. He was taught to disrespect women. His father was addicted to pornography. It appears so was he.   I am sure the publicized  insidious behaviors are just the beginning.

And before another child is murdered, a wife is beaten, a person is bullied, well maybe as parents, people and simply stewards of each other, we can be present for our kids, we can look out for one another, set boundaries, keep the boundaries, be kid and when we see someone who needs help, not be afraid to speak up. We can open our mouths.  We cannot let this happen again! Secrets, lies and lack of boundaries make us sick. We have the power to make our own lives better.

What do you think?