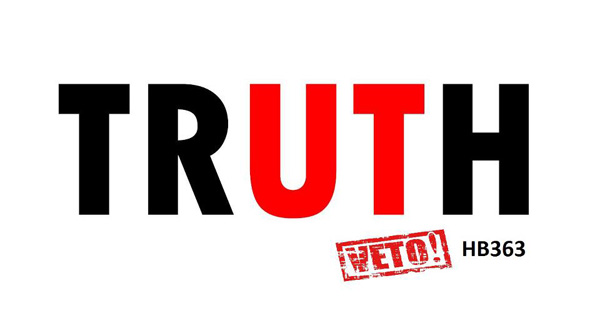 Earlier this week I saw something on Facebook about a petition to stop a new law (HB363) that would change how Sex Education is taught in Utah. What I have learned is that Utah with its “abstinence-based” curriculum is already considered very conservative in its sex education approach. Currently Utah schools have an option to teach a abstinence-only or abstinence-plus curriculum and with abstinence-plus curiculum  teachers are allowed to discuss contraception while most importantly encouraging abstinence-only.

As a parent  I am angry. I am angry that some Legislator is proposing a law that strips aways the school’s ability to properly inform our children.  What is even worse is that HB363 strips away our rights as a parent. Currently we have to opt in if we want our children to participate in sex education.

As I read  more, what I came to understand from sources like the Salt Lake Tribune, is that  HB363’s abstinence-only approach doesn’t allow for lessons in contraception . . . Under HB363, teachers would no longer be allowed to talk about contraception during sex education at all.

“All we’re doing is pretending,” Bill Wright, the legislator who introduced HB363, said. “The only way you can protect yourself from those [diseases] is abstinence so let’s not give them a pretend method.”

Honestly, and as a parent of two young men (age s 10 & 12) who are entering their crazy and hormonal teenage years, I was in shock or I thought I was in shock until I started watching this video clip and listened to Bill Wright speak about drawing lines and opening the gates and trying to dictate how schools in the state of Utah teach or not teach our children about sex.  “We open the gate (sex education) a little bit and the line moves farther and farther?”  What?  Now the shock is setting in. And then Mr. Wright continues, “It is difficult to draw the line if you do not draw the line with abstinence only . . . In our culture we are so watered down that we have to teach about sex and HOW TO GET AWAY WITH IT  (having sex), which is intellectually dishonest.”   Seriously? Did he just say that? And then he continues, “If we taught the downside of sex outside of marriage, [says this next phrase very quickly] some of you have experienced that maybe.  I can promise you that it (sex outside of marriage) never happens and ends up with good results. . . Sex outside of marriage is devastating and there is no evidence that it is anything else.”

I can no longer keep my mouth shut.  This is who I am: I currently live in the state of Utah. I am happily married. I am a parent of two wonderful young men.  I was raised in a conservative religious family (Mormon) and I also had sex before I was married.

As a mother, would I like my sons to have sex before they are married? Of course not. I don’t want them to drive until they are thirty-five years old either, and would prefer they become addicted to Dungeons and Dragons instead of kissing girls, drinking alcohol or using drugs. This is not the world we live in. To hear Mr. Wright speak and then learn that our Governor, Gary  Herbert, is the only one who can veto HB363 makes me nervous and makes me feel sick.

I have so much I want to say. Things like: Utah is already considered backward, which is unfortunate, because many of us here in Utah, conservative and liberal, religious and non religious, are very progressive. To the state government I want to say, not talking about sex does not work. Why are you trying to mix moral beliefs with government?  I could go on and maybe I will. What I will try to do now is speak about my own personal experiences with sex education and the lack thereof and because of my own experiences and because of the real life experiences of so many I believe HB363 should be vetoed.

Many people know that Mormons (Active, Less Active, Non-Active,Ex and Jack)  represent Utah’s highest population of people and this population strongly influences everything here.  In our world, utah is not unique. Many places are influenced by the dominant religious group, political group or race.  However, because of the high Mormon population density here, many biased judgments have been made about our state.  This week I can say that I cannot blame people for their strong opinions. I am also proud to say that I know many active, practicing and very conservative Mormons who also would like Governor Herbert to veto HB363.   This being said,  I cannot help thinking that Utah’s predominant religious and conservative culture has also influenced the introduction of HB363.

Outside of my home, the first time an adult, without my parents permission, taught me some form of sex education happened to be at church.  I was fourteen. One of my Sunday classes was a weekly meeting of my “Mia Maids” group, with the other fourteen year old girls. One particular Sunday I remember giggling with my girlfriends as we sat  in a semi-circle in our little classroom on metal folding chairs.  The lesson was called something like, “Maintaining Chastity Through Righteous Living.”

In the LDS church all teachers, bishops and other roles are non-paid, volunteer positions. My Mia Maid teacher was not only volunteering to be our teacher, she was the parent of some of my  fellow Mia Maids and was not a trained sex educator. That Sunday she walked into the classroom carrying what I could see were a few posters shoved into a giant green trash bag. Our lesson began with a prayer and shortly thereafter I heard the phrase, “All men are predators and all they want is sex,” and then something about how if you get into a car alone with a boy he will make you have sex with him. I was terrified.  I thought about rape. I wondered what my friends were thinking. I was only fourteen. I really had no interest in talking about sex at church or more specifically, how evil sex is, but that is what we did. From predators, our teacher started talking about pregnancy, then began removing the posters from the giant trash bag and displaying them on the chalkboard. “Do you know what these are?” She said with authority. “These are pictures of aborted babies.”  They were indeed poster boards plastered with giant pictures of dead and bloodied babies. It was disturbing, sad and something I think an anti-abortion protester would hold up before bombing an abortion clinic. I was sick. Those images will never leave me and the anger I had at my teacher for exposing me to those inappropriate posters and terrifying an already terrified young girl is what I took that day. Sadly, because I was given this sex education lesson at church I thought something was wrong with me, not realizing that really there was something wrong with my church leader for creeping us out with those horrific posters.

Interestingly, though not surprisingly, many of my Mormon peers had pre-marital sex. Many of them ended up with teen pregnancies.  Some ended up with STDs and some  had abortions.

In our church, because we were told sex is evil and that abstinence is the only way, they weren’t equipped to understand or handle their sexual feelings when they were younger. In fact, the hard line proved to even be a terrible deterrent to premarital sex, which is plainly evident to anyone who took notice of how many of those kids ended up actually abstaining.  I believe that this was largely because we were given the impression that if we had gone far enough to even contemplate having sex in the first place, we were already fallen.  We were beaten down with so much guilt about our natural urges that there was this fatalistic sense that even to want it meant you were already wicked, so you might as well just give in. I know that many girls didn’t feel empowered enough to say no, because they were never taught how to say no.

Perhaps worst of all, some ended up having confused or conflicted emotions even when they were married. When some LDS women I knew were married, they told me how scared they had been about sex. They had always been told how bad and evil pre-marital sex was and even though they were  now married, they just could not turn that switch off. They told me how much it hurt and they told me they never wanted to have sex again.

Unlike my personal experience, which I am sure is not unique to Mormons, schools have to follow a strict state-approved curriculum. One teacher cannot bring in dead baby abortion pictures (circa 1970) and then tell you that sex is evil and all men are rapists! They can’t because they have to follow these strict state-established guidelines. What they can do, however, is educate and with education both boys and girls can feel empowered. Knowing various types of contraception does not mean that kids will “open the gates” and have sex. It means that kids know what they are getting themselves into and that there are ways out. Kids do not need to end up with teen pregnancies, genital warts or devastated self-esteem.

I am grateful I had a mother that I could talk to, even though as a teenager I was terrified to talk to her. She tried her best to let me know what was up and was always open to hear what I had to say. Like I said, I was terrified. I was awkward and now am grateful for a health education class that gave me the facts, plain and simple. I knew if I was put into a position to have sex, that I could say, “No!” Because of sex education I felt safe to sit quietly in a classroom and get those facts and those facts are what kept me out of trouble not the threat of sex outside of marriage is evil.  Trust your kids to make informed decisions. They cannot make informed decisions without the facts. If Hb363 is approved, we cannot guarantee that our children will have those facts.

If you want to do something about HB363, please take a minute, click on this link and sign the petition. If you are feeling even more fired up, call the Governor: (801) 538-1000 or (800) 705-2464. Email him constituentservices@utah.gov. Governor Herbert has chosen to ignore the over 40,000 online petition signatures so it would also help if he heard from you personally (even if you do not live in Utah). He can sign at any time, so act now. Thank you!