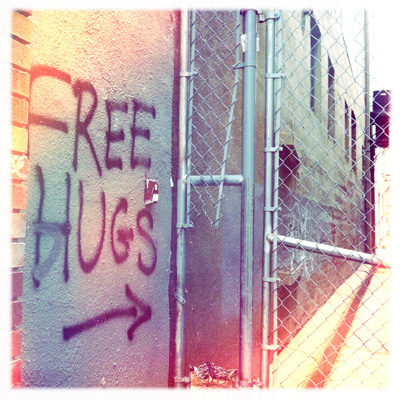 I think I was five or six years old when I first heard the term “manic-depressive.” And to very young, impressionable me, when I asked what those words meant, the response was simple and safe: “sometimes so-and-so is really happy and can get a lot of things done and sometimes so and so is very, very sad and cannot get out of bed.”

And because I was so curious, once the phrase, “mentally ill” entered my lexicon, I became fascinated and wanted to understand why people were having a hard time with their brain. Curious me became really curious about everyone else. I reminded myself of some of my gay friends. Once they came out, they were certain everyone was gay. Once I learned about mental illness, I thought everyone had something wrong with their brain and ever since, I have tried to figure out why people act the way they do.

With the openness of information like learning about mental illness, also at such an early age I was taught to give people an out. “If people are acting strange, mean, out of control, depressed, self-centered or whatever, they must be dealing with something,” I was told. The good parts of empathy, understanding, compassion and love all came from my mom. There have been many times when the only way I was able to let go was because of the kindness and openness my mom instilled in me.

So terms like mental illness, bipolar, empathy and compassion were simply and have always been a part of my vocabulary. My mom would always say, “Don’t assume. You just don’t know what is in their heart.” Many times when I really wanted to judge (and I probably did), I heard my mom’s voice ringing sweetly in the back of my head, “You do not know what’s in their heart.” Instead of shutting the door, with her words, I found ways to invite the stray dogs, misfit toys, misunderstood, sad, lonely and depressed into my life. I was really young and that’s what I knew to do.

When, at age nine or ten, I learned that some folks are even hospitalized when they are really sad, I was not at all shocked or surprised. It made sense that they would go somewhere to rest their very sad heart. Maybe it was because the innocence of childhood was wearing off (probably was), but by age twelve I knew there was a lot more to Mentally Ill people than the fact that sometimes they were really, really happy and sometimes they are really, really sad. When so-and-so was acting like an out-of-control asshole, I made an excuse. “They can act this way because they are sick! They can treat me this way because bad things have happened to them.” I could tell myself, “I don’t know their heart,” and then let it be. 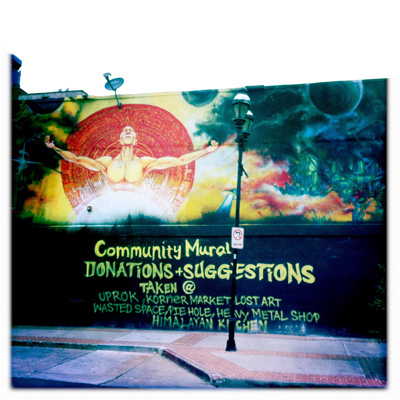 Patterning is deep. Patterning teaches you how to embrace, interpret and cope with the world. My pattern was to try to understand why, and most importantly, to always give people an out. The main out I gave them was that their selfish, mean, weird or crappy behavior is understandable because they must be either mentally ill, autistic, an alcoholic, have anxiety, an eating disorder, are depressed, have ADD, ADHD, OCD, are bipolar, a sociopath, a narcissist, paranoid or some combination of the above and most definitely something that is out of their control.

Being around women, I know that many of them suffer various types of eating disorders. Overeating, under-eating, exercising until you die, I see it every day. It is so sad. I excuse their need to control because they have told me they are sick. When I find someone really difficult to deal with, it is easy for me to excuse their selfish or mean behavior and convince myself that the reason they have no empathy for others is because they have “something”. People who always need their way, “well, they must be suffering some sort of OCD or maybe they are a sociopath, but a nice sociopath.” When I am around someone who dominates the conversation, dominates the perspective yet will get beyond easily offended when someone pushes back, I think, “well, they must be a narcissist or at least one of the borderlines.”

My diagnosing of others was validated when I had these two roommates. I was on a Mormon Mission (whole other story, if you want to hear about it let me know and yes, I will write about it.) They were my mission companions and I was a brand new missionary. One woman was very sweet and one woman was big, tall and mean. Eventually, they both were committed to a psychiatric unit. A day or two after the nice missionary had been committed to the mental hospital, the mean one sat across from me in her pajamas. I was on my bed. She was on hers. She looked at me and out of nowhere said, “Sister Rodgers (my maiden name and because “Sister” [insert your last name here] is what you call yourself on a mission), if I ever met you on the street, I would not talk to you. I do not like you. In fact, I HATE you!” I sat stunned. We were alone together and I was not sure what to do. The tall, big, mean companion continued, “When I was in college someone called me a lesbian and you know what I did? I kicked in her ribs and broke six of her fingers. I DO NOT LIKE YOU!”

When that happened I excused her words. “She is sick. She does not mean what she says.” I was hurt. I was afraid, yet I knew she was not well.

In high school it was a hard day when my youth leader said to me, “Beth, I think you are depressed.” It was hard for me to swallow and I felt a little embarrassed. I talked with my mom and she agreed. Eventually, I found my way into counseling and realized yes, of course I was depressed. There were a lot of things happening that would make me, and really anyone, depressed. Once I accepted that depression was no big deal, it really has been no big deal. When I had my babies my memory is that my post-partum was huge, especially with Kyle, but the “no big deal” aspect of it all got me through. “No big deal” was not dismissive or undermining a serious mental health issue, the “no big deal” aspect meant that I could get help and that I would be ok. “No big deal,” meant I was not alone and I was not a loser. Help is a good thing. This new understanding deepened my patience and perspective. I became more tolerant of others, more curious as to why people act the way they do and I was very sad when I saw how afraid people were to get help. I found opportunities to tell people, “Hey, you are human. Sure your pain is horrendous. You can get help. You will be ok!” 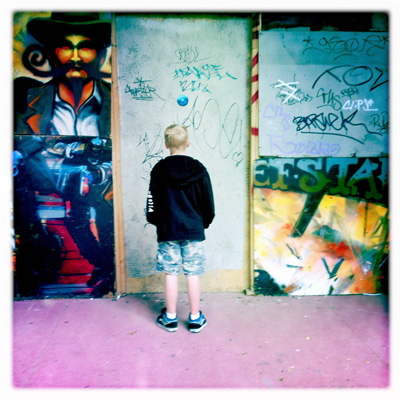 Recently, however, I had a new realization, a realization I am not sure I like. After years of diagnosing everyone in my path and getting diagnosed myself, something occurred to me. I was standing in my bathroom and as I brushed my teeth, I had this thought. “Not all mentally ill people are mean. Not all mentally people are selfish. Just because you are depressed, you don’t have to be a jerk.” It has been a sad realization. It is sad because I want to give people an excuse. I assume their heart is good. I realized in that moment, that people may not be mentally ill; they may just be mean. I have liked having a lifetime where I can excuse unkind, uncalled for and inappropriate behavior. I liked being able to say, “She screamed at me and said all those terrible things because she is sick.” This new realization has tipped my thought process on its head. I see that even people who are suffering do not have to be mean. They are being mean and selfish because they are mean and selfish, simple as that. Ouch! They are mean because they do not like you or they are mean because they think you wronged them or they are mean because that is who they are. I have always given people the benefit. I can understand not wanting to get out of bed. I hurt when my loved ones are sad. I feel so much pain when I see people struggle. I would rather give you an excuse than see your darkness. However, as much as I want to excuse the behavior, as much as I know I may not know your heart, bottom line is I do not think there is ever an excuse to be mean, ever!