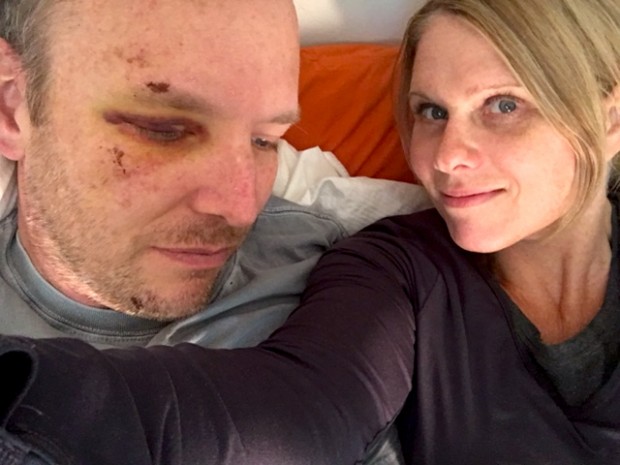 Big Daddy and Me

The brain is fascinating, subtle and nuanced. I love Dave’s big brain. As you know, right now Dave needs to recalibrate his.

We are grateful he fell on his face (the head’s crumple zone). And we are even happier for those facial fractures. Supposedly they took the brunt of the force. At this point, I think Dave is out of the woods (crossing our fingers, but pretty optimistic). I do not think Dave will remember much. As you might imagine, he remains sore, scabbed and bruised. His face still looks weird, and his brain is still a little wobbly slow.

He tires quickly and sleeps between twenty  — twenty-three hours a day. Dave says one of the reasons he sleeps so much is because he is completely bored. The boys and I take Dave’s acknowledgement of boredom (which began yesterday) as an excellent sign. Of course connecting that he is bored indicates that his synapses are firing. It also means Dave is respecting the healing process. Go Dave! 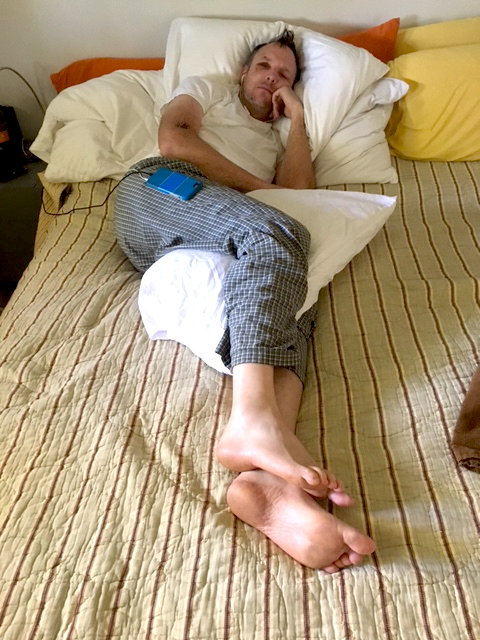 Additionally, if you catch Dave when he is awake, he is clear, lucid and pretty much Dave, albeit a sluggish (runs out of energy quickly) version of himself. Yesterday, after waking up at about 2:00PM, he decided he really wanted to go to the boys’ Cross Country meet. I relented. He ate something. Then rested. He was literally up for about 30 minutes before he needed a rest. I woke him up and we left around 3:30 PM. We parked close, walked our camping chairs to the finish line. Dave put his ear buds in, sat in the shade. He was quiet and docile. He seemed totally normal – if you don’t know him (he did not look at his phone once — so weird). As you can imagine, the finish line was full of lots of screaming and loud cheers. I could tell the noise was bugging him, even though he never said a word. I stood by the finish. When he heard their names, Dave got up to watch Kyle and Eli cross the finish line. As soon as the boys were finished, Dave and I went home. That was about 4:30PM. Dave rested for a bit. Then randomly decided he needed to work on our sprinklers (6:00PM and for about ten minutes). He rested, ate some dinner and was down for the night. 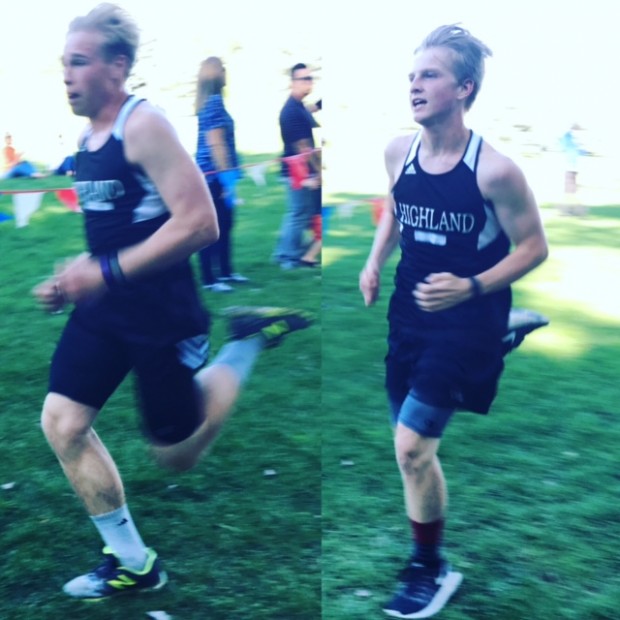 Dave describes his present state of mind as “groggy,” or, “cloudy.” He says he doesn’t feel any different mentally, aside from the fatigue. Earlier this week, he described it as fog. I don’t think he remembers he felt this way. He is starting to miss his phone. Moments ago I made a deal with him to stay off of it until Saturday. Earlier today he snuck onto Facebook (on his iPhone, of course). Busted, brain-boy. Hey Dave, did you forget that I am on Facebook too? Possibly. Sure enough, as I was scanning my Facebook feed, I noticed Dave had responded to our friend, Cam’s, post. Dave’s words were clear, thoughtful and articulate. I was elated as I read what he had to say. I also replied and asked Cam to remind Dave that he needs to stay off of screens. 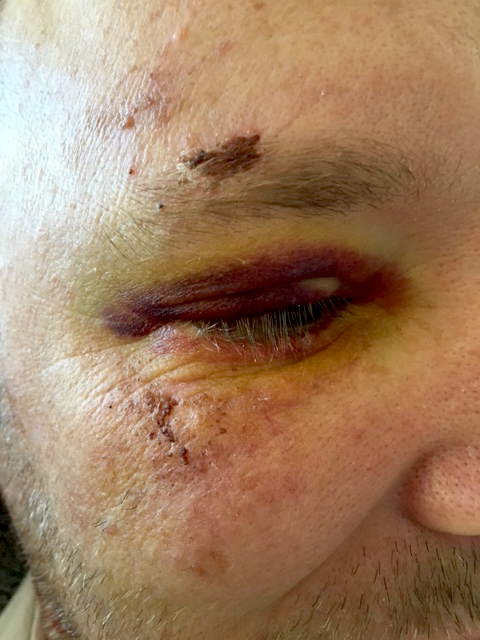 “Promise him it is only for a few more days.”

Of course I also know our behind-the-scenes reality. For his Facebook response, Dave had time to articulate his thoughtful words. I also know that Dave has not worked this week. Instead of anticipating more short-circuits once he is back to full speed work life (I am sure there will be hiccups), we are trying to take one moment to the next.

Nevertheless, Dave’s intellect and sense of humor remains in tact. We are grateful.

Then there is this what I would call the nuance-of-the-concussed: Dave and I were sitting on the couch a little while ago. He started telling me why he was awake during the night,

“There were all of these little cartoon creatures surrounding me feet and arms. I needed to move my legs so I could get into the right spot I could disrupt their connections. Every time I shut my eyes I saw them moving around shooting their little zapping ray. I just couldn’t get them into the right spot to disrupt them.”

I laughed. Dave paused. I could see him make a connection. The he said,

“Maybe I was just dreaming.” (Let’s be clear. He wasn’t dreaming. Dave was awake and was hallucinating.  The good news is that he recognized his “dream” was a little off kilter.)