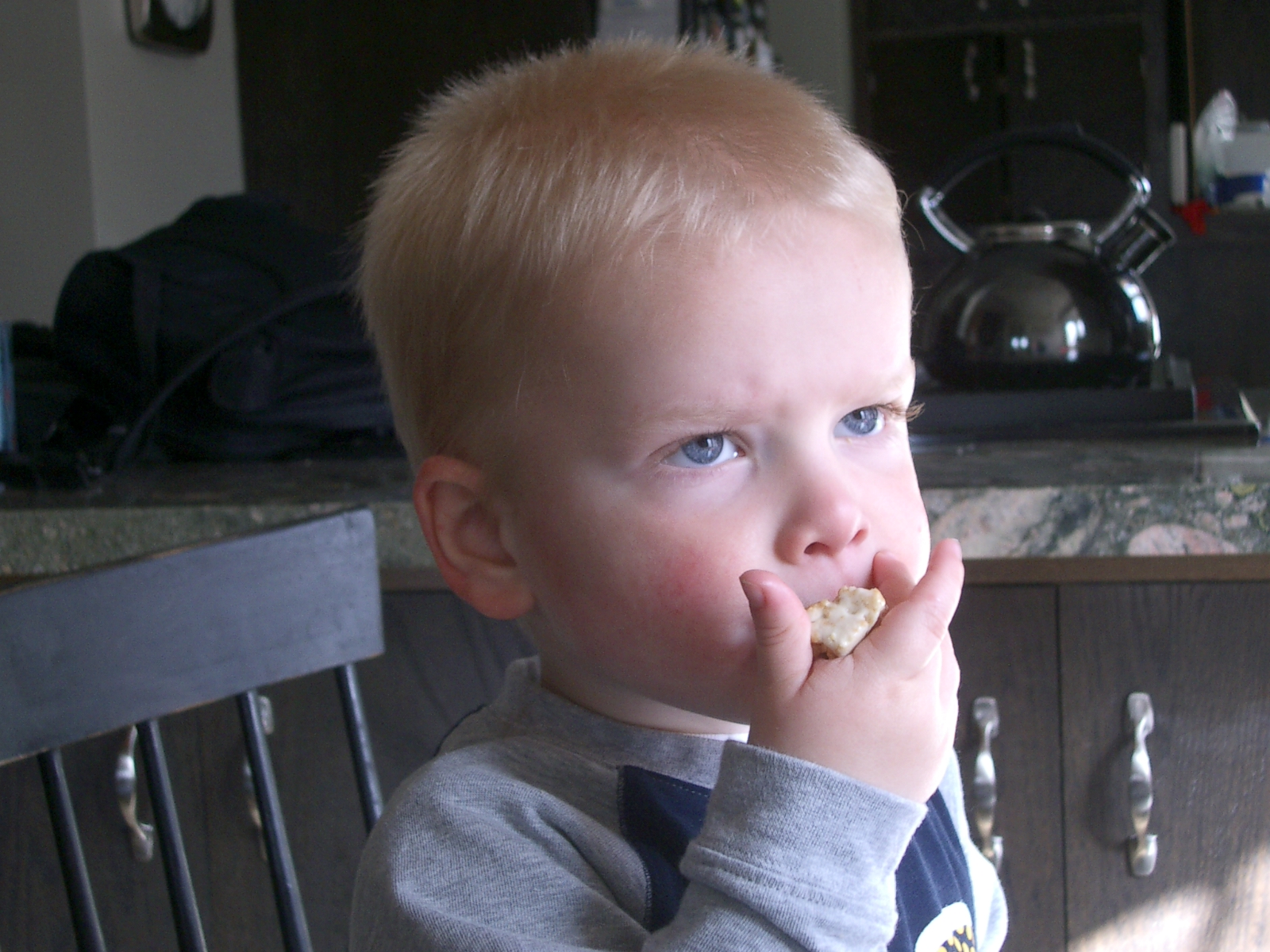 This morning as I sat at tribal council I was sure that I was being voted off the island. “No, don’t write ‘Beth’ down! I really want to stay!” As I watched the others cross my name off their voting slips I knew I had succeeded. I was going to stay until next time. With a jolt I woke up, looked at the clock and realized that if I didn’t get a move on Kyle would be late for pre-school. I watch way too much reality television…

As I tried to keep my eyes open just one more minute before Dave came to bed my mind wondered off. Moments later, Dave startled me out of my haze as he climbed into bed. Without warning I blurted, “So how many people are living on the planet right now?” “Oh, I don’t know about eight billion,” he said. Completely freaked out I responded, “Okay, that’s a lot of people. And how many people have lived on this planet?” “Not as many as you may think.” “Even eight billion is a lot of people.” I continued, “Before you jumped in bed I was wondering. You know when I die there are a lot of people who will have died before I did. And if there are even eight billion people in the great beyond how will anyone I know be able to find me? I am having an anxiety attack just thinking about it.” “Oh Beth, don’t worry about that. I’m certain they have some kind of system.” Dave said as he gave me a kiss on my forehead. “I’m sure it’s a very good system. And you know, Grandma Koener will find you.”

My entire life has been filled with my night time dreams, daydreams, and dreams about what I hope for. When I was bored in school I developed the art of the daydream. So perfected was my talent that my teachers often spoke with my parents about how I was wandering off. “She’s just somewhere else,” they would say. “We need her to pay attention.” Well, if you challenged me enough maybe I would not have to occupy my mind with other thoughts. Damn “Gifted and Talented” Program. But that’s a whole other post. I would drift off and fantasize about how I was going to meet Bono from U2, how he would find me cool and intelligent in just the right alternative way or I would picture my house and then re-model it during one period of science class.

When I was about five years old I was walking past my next-door neighbor’s house with my sister. The creepy neighborhood Dad summoned us over.

“Come here. You can walk through the gate.”
“Bethy, you did something to my kids (I can’t remember what), and if you do it again the alligators, you know that alligators live in the pound in our back yard, will come and get you.”
“I did not know that.” I anxiously thought.

He thought he was being funny, but how was I, a five year-old, supposed to know that alligators don’t live in Minnesota. There began my years of alligator nightmares. I had my alligator dreams so often that I began to think of them as my own personal terrorizing television series with re-runs and new characters periodically introduced. It went like this. I would have the dream, scream myself awake and run to my parents room where I would hop to safety in bed with them. Over time (years) I would just sleep on the floor next to their bed.

I have had a prolific, or shall I say, just plain weird life as far as my dreams go. There was even the time when I was in high school sharing a room with my sister Dominique where I was sure the Titanic was going to sink me. I was riding on a little raft and couldn’t get away. I remember sitting on her bed screaming for her to help me.
“The Titanic. I am going to drown. Please Help.”

Somehow my parents and a guest startled out of their own sleep found me standing in the closet with my blanket over my head belting a most possessed and blood curdling scream. It took moments for them to wake me and sure enough Dominique slept right through it.

A dream I haven’t been able to shake for years is the one that I have heard many people have. All of a sudden I am back in high school. Somehow I haven’t finished a class and so I have to go back so I can graduate. After all these years I never go back to college in my dreams, but always high school. A year or two may go by and I think I have finally conquered the high school dream and then it creeps back in. Just last week I had the dream again. I was back in high school. I need to finish a class. I was completely freaking out because I was so old and yet I had someone explaining, “You never graduated.” Surely I had. In the back of my brain I tried to tell myself it was a dream. Then after the years and hundreds of replays of this dream something changed. Dave was back in high school with me. Instead of me taking the brunt of the awful experience he took it for me. Progress. I hope so.

The Wrap Up:
I always like to somehow tie the boys into the story.

“He was shaking. Poor guy. He had a bad dream.”

Eli and I talked about it for a moment and then his tired eyes closed as he sat in between Dave and me.
“I do not want our kids to have to go through this. Have I passed on my dreaming curse?” I thought.

This morning as I was backing out of the driveway Kyle said,
“Mom, I don’t want you to die. And you know what? I don’t want to die either. I don’t want Daddy or Eli to die too.” “I don’t want us to die Kyle. I like being a family.”
Like myself, Kyle reminded me today as he does every day that it is more than dreaming or daydreaming; it is about thinking. We think a lot. I have even been told on occasion that I think too much. As I heard the words, “I don’t want you to die,” come out of Kyle’s mouth I was sad that he was thinking about such a hefty topic as a four year old, but I was glad that he does think and moreover that both Kyle and Eli dream.

And Speaking of Dreams.

As I was changing Eli’s diaper this morning I asked him if he had any dreams last night.

“I did. I was outside. I blow away. I blow away in the wind. And Kyle was wearing a red hat, a big red hat. And there was a monster. He was a nice monster, a big nice monster. The monster says, it’s dark outside.(Eli’s hands raised in the scary monster pose), He says rarrr.”