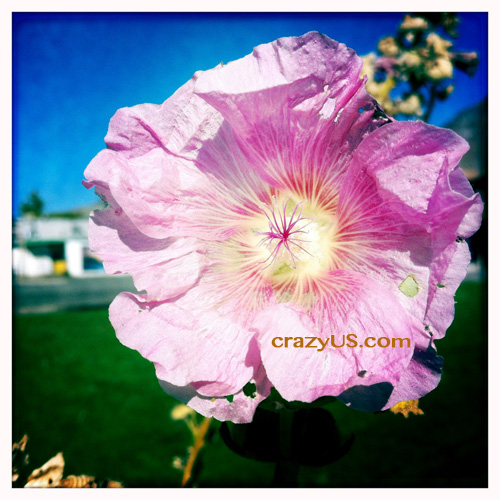 I always like to describe my mid-twenties like this: I play the part of the bouncy ball. My world at the time is a dark room, a room that only has a few, hard-to-locate ways out and Life (my choices) plays the part of a hand that throws the bouncy ball into the dark room. Looking back, I think that the bouncy ball had way too much misguided bounce.  I blindly bounced  and bounced and bounced until somehow I was living with these girls in their garage. Seriously, I set up shop in their unused garage/cement-floor-covered storage room. My sister Dominique could tell you because she came to visit me there.  I still remember the look on her face as she said, “Beth, you are living in a garage?”

I dragged a mattress onto the rug I had found,  made up my  bed all snuggly, lit some candles, had my Sony Boombox/CD Player, and I believe I hung my clothes on one of those metal moveable clothing racks, the ones you see at the Laundromat. At the time, I had a pretty good job doing Marketing for large shipping company (you can probably guess which one) yet I always seemed short on cash. I even tried donating plasma a few times, until the day when I passed out with that giant plasma needle stuck in my arm and then promptly threw up upon waking. (That is another great story for anther day.)

As I think about this very awkward and stomach-in-knots time, I see things through my loosely-based-Zen Philosophy, which is that all of our actions and choices take us where we need to be (if we let them). Living on that garage floor was where my choices had taken me and I guess I needed to be there.

Prior to moving in, I knew one of my soon-to-be housemates.  She was the one who had invited me to live with her. She kept calling and kept pressing me to commit. “Beth, I found this place. We are signing the contract today! Are you in? Are you in?” And literally as I was packing my things to move in she called and said something like this, “Beth, I gave your space to “T.”  Her brother, “Q” is so cute and so cool. And he is friends with Dave and I like Dave.” (Thank God not my Dave.) “Really, really? What am I supposed to do?” “Beth, you have to understand. I like these boys and I want to get in with them. They are so cool. I want them to think I am cool,” was how the conversation went. “You selfish selfish person,” I thought and then asked some mutual friends what to do. “Beth, you know here. She means well. She has had it so rough.”  I threw her the sympathy card and because I also knew that I was stuck with my things in hand and was not ready to sleep on my mom’s couch, I suggested I sleep in the storage room/garage until I figured something else out.

Somehow  I committed to move in with her eventually committed to drive with her to San Francisco.  She needed to see her family (really some boys she liked) and she could not find anyone else to ride with her. I know. I know. Don’t say it. I was blind. We were all packed and I had the most terrible feeling as we were heading out the door. I had tried to back out several times, but I was weak. “I really don’t think I should go. I don’t feel right about it.” I said. “Beth, you can’t back out on me now. What will I do?” I should have backed out. I didn’t . I got in the car, buckled up and prayed. Hindsight tells me that many growing-up years later that now she and I both would have handled things differently  or at least that is what I like to think.  Like I said, I was young and weak.

San Francisco was crazy. I mean, crazy. I spent time with some of my own friends and then “my roommate” trotted me around to see all of these different boys, some I kind of knew from BYU. It was so weird.  After a few very awkward experiences, I realized that I was not comfortable as her sidekick so I called some other  friends and found other things to do. One of those things included hanging out with T’s brother, Q (T is the one who was given my room). Q was cool, normal and really nice. Sure, he partied, but who didn’t party in their 20s? Ok, yes, with my Mormon background no one partied ever, right? Wrong! Most of the folks I knew who partied the hardest were the Mormons, but because partying was so taboo, it was always on the down low. T’s brother, Q, was not on the down low and because I am pretty straightforward (don’t like secrets and don’t care for double lifestyles) it was much easier to hang with him. I asked Q if I could crash on his couch (he had a girlfriend and like I said he was just normal). So I crashed on his couch and “my roommate” picked me up the next morning.  We drove the fourteen hours back to Salt Lake City, fourteen hours of her trying to pump me for information. My mistake. I told her the truth. As I have gotten older I realize it is ok to say things like, “That is really none of your business,” or, “I am not comfortable talking about this.” Back then, I just gave in.

Finally back in the SLC, I walked into the house and before I could finish my thought to T, I hear “my roommate” on the phone and I hear her talking about me. “Did you know Q uses drugs? So does Beth (UM NO I DON’T & NO I DIDN’T. T is so upset about it and blah blah, exaggeration, lie, blah, lie, exaggeration, lie, blah, blah, blah.”  I walked right up to her. She smiled and looked at me, holding her finger up, “Just a minute. I am talking to Dave.” As if I would be proud of her succes too, she eventually hung up and started telling me how awesome Dave was and wouldn’t I think he was awesome too? Of course I asked her why she said what she said.  “I like him and I was bored so I lied about you.”

What happened next you can call either a lucky bounce or a brilliant choice, I found the opening and I bounced my way out of that dark room. Best bounce ever!  I packed my things,  ditched the mattress, moved out of the garage, swallowed my pride and moved to my mom’s couch.  I never looked back. Shortly there after I began dating MY Dave. Had I not found my way out of that dark room, Dave would have never seen me. Our choices, even the really misguided ones, may be the kick in the pants we need to move forward.