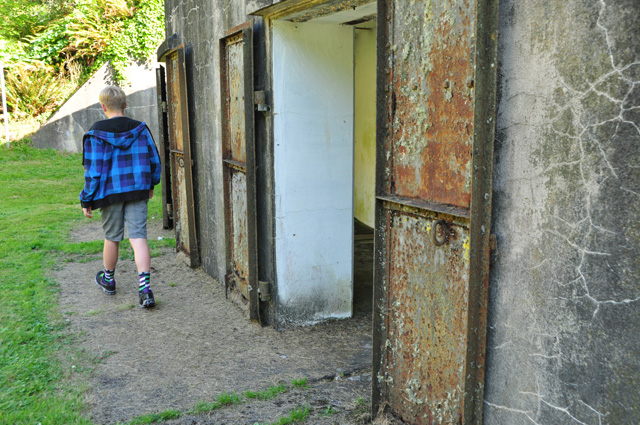 Kyle at Fort Columbia State Park, WA (just over the river from Astoria, OR)

Finally home, although we already miss Portland. After two and a half weeks on the road we are finally home. The boys are up in bed. Dave is in the kitchen looking at all the mail and I am watching a recorded episode of, “So You Think You Can Dance.” I love that show! And maybe it is because I am finally home, or because I am finally alone, or maybe it is because I am extra super tired, but just now when I heard the first few bars of, “I will always love you,” tears started rolling, simple, slow and quietly down my face. I sucked a deep breath in and of course I thought of Whitney and yes, I wondered why she did not have someone watching her in that bathtub.

I watched the beautiful dance and then I listened. I think it is the words and I think it is because in this moment I see that I will not have another child. I get it and then I realize I am not breathing. I concentrate and tell myself, “breathe, Beth, breath,” and then I let the tears fall. I let them stream. Those words, as cheesy as they are, were reaching, reaching me and I am glad. Before tonight, whenever or wherever I heard those words sung, say in a dressing room, my car, or sung by at least one contestant every single year on American Idol, I blurted them out loudly and sung them with my best power-ballad-styled conviction. Didn’t we all? 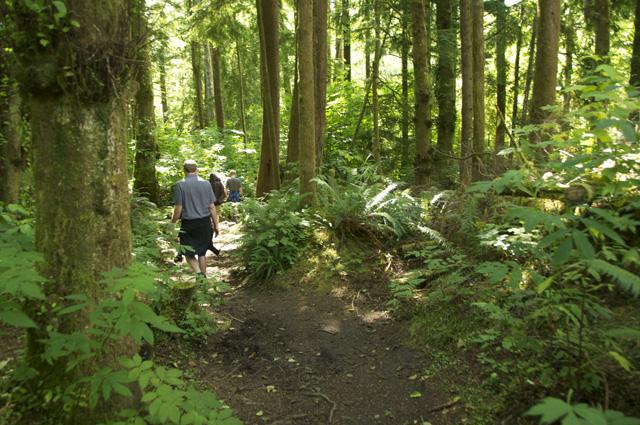 Dave, while on a LDS Mission in Caracas, Venezuela, had a mission companion who incessantly played the Bodyguard Soundtrack, which of course includes the song, “I will always love you.” This guy played the Bodyguard soundtrack so often that one day Dave could not take it any more and in an instant he threatened to toss that damn Bodyguard Soundtrack cassette tape out the window. “Use your headphones!” Dave demanded! “If I hear that music played out loud one more time, the tape is gone! I will throw it out the window!”

Not soon after Dave uttered those words, his companion must have either doubted Dave’s threats or simply could not resist his sweet, sweet Bodyguard Soundtrack and had to play the “and I, yi, yi, yi I will always love you, ew, ew’s,” one more time. Upon hearing those first bars, Dave walked over, stopped the cassette player, pulled out the threatened cassette tape, walked over to the window, opened it and threw that damn Bodyguard Cassette out the window, where it fell to its untimely or timely (depending on how you see it) death; no sooner to be run over by a car below.

Dolly Parton wrote the song in 1973 after a break-up with her partner and mentor, Porter Wagoner. Tonight I listened to the Whitney version, and as I heard those very first bars, “If I should stay, I would only be in your way,” I let go, gave in and was somehow able to disconnect from the gooey, overly sentimental and overplayed aspects of that song and just listen. It was like our child was singing to me. Crazy, right? It was as if my broken hopes were saying, “hey Beth, I get it. I know you wanted another child for years. I know when you found out about me you were mad. I know you wanted to carry me, to feel me grow. I know you were scared. I know you didn’t want me. I know you did. I was here, but I had to go. I know you felt me leave. I know. I get it and somehow you will be ok.” Now how weird is that? How weird is it that a reality dancing show playing an overplayed Whitney Houston song brought me to soul-gripping tears? I thought it was a little weird too, yet it did.

As the song ended (I rewound and played the dance through twice), well, as the song ended a second time, there were no long drawn out power-ballad crescendos from me. Instead I just heard myself saying,

And I will always love you. I will. Then I held my breath again. 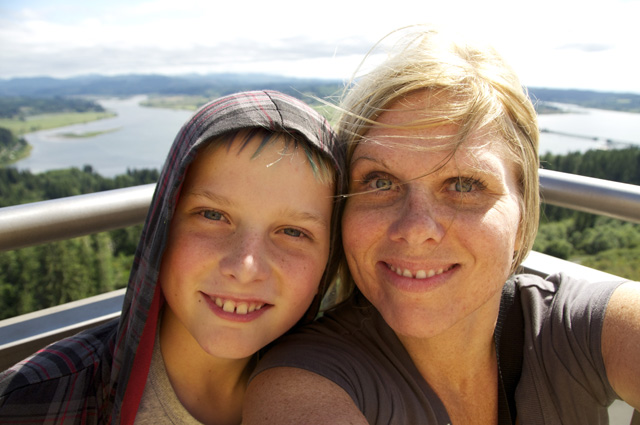 At the top of the Column Astoria, OR

A question I have been asked a lot about the last few days besides, “are you ok?” is, “was it painful?” or better, “you really don’t mention the pain at all?”

The answer, if I can give you one: it was horrific! It was horror movie bloody, gory and I felt searing, gut-wrenching pain. I felt pain before the hospital. I felt pain the night before, at lunch, at Ruby Jewel and once there, if it were not for Liz, the amazing Ultrasound tech, I believe I would have passed out from the intensity, literally! Finally, as the blood continued to gush like some insane river, Liz yelled at my nurse, “Do not listen to her. She needs something for the pain!” The nurse tried to have a business-meeting styled conversation with me and began dissecting every single word as he asked me what I wanted or if I even needed pain medicine. I tried to rationally answer him in between tears, terror and my constant questions, “What is happening to me? Why is there so much blood? I can feel it rushing over your hand. Liz, the blood. It will not stop!”

Dave and Liz both piped in. “Do not listen to her. Get her something now!” Grateful. I am so grateful! It hurt, but I wanted to feel that hurt. My stupid nurse played right in. I think he wanted me to hurt to. I felt like he was thinking, “well, she isn’t having a baby so how could it possibly hurt that badly?”

I wanted to bleed through my nightmare and get through. I wanted to feel this moment. I needed to feel this moment so deeply that I will never forget these last seconds that I was pregnant. I kept thinking of the last moments I nursed Eli. It was May 2003. I looked at his sweet little face and said to myself, “This is it. Do not forget! Look at him and remember this moment. It may not happen again.” Did I jinx myself? I don’t think so. I am grateful I remember. I am grateful I remember what it is like to hold a baby in your arms and nurse. I remember how it feels to fell so close. I want these moments seared into the involuntary spaces of my soul. There is no other way to say it. I wanted to feel this pain so I never forget. They were contractions. I finally realized. Another friend asked about them. When she was miscarrying she told me she had really horrible contractions.

Yes, I had them. They came on hard and they came on fast. I thought I was going to die. Seriously I was like, “what the hell is happening to me? Really? What?” Because there was no baby, I had a difficult time connecting to the fact that they pain I was feeling was indeed labor. Because there was no baby, I felt like I deserved this pain. Seriously. That is how it was. I already knew I had failed and because this was the end, albeit a surprise ending, it was the end of a very long road. And because it was the end, I needed to feel the pain. 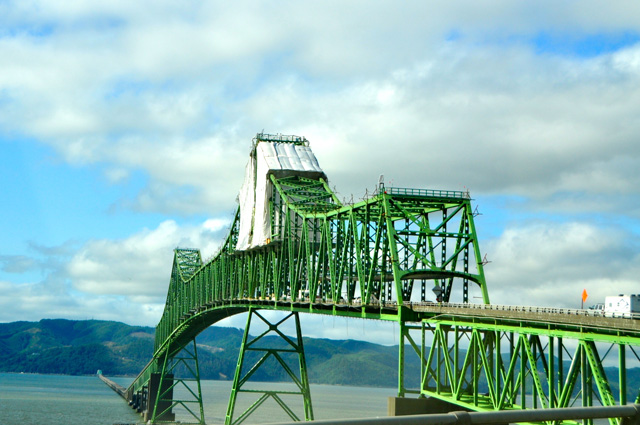 The bridge between Oregon and Washington at Astoria

Earlier today I had my blood drawn. I am assuming my hCG is going doing and that my Hemoglobin is where it needs to be. Cross your fingers that my products of conception have flown the coop and that I am on my way. Yes, Thom and Adam, to be continued. I will give you the word as soon as I hear from my doctor.