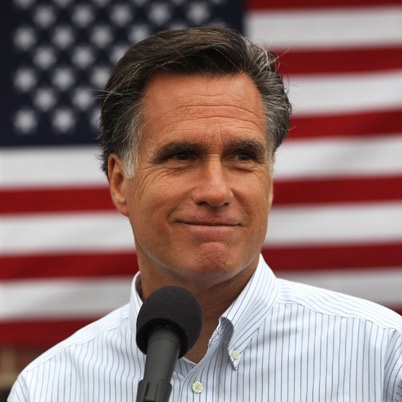 As my husband, Dave, and I walk the pathways along Park City, Utah’s Swaner Nature Preserve my thoughts are clear. My words come easily. They come in strings of vivid analogies, perfect metaphors and complete, well formed thoughts, or, at least in that moment, that is how it seems. The sun is shining, and my thoughts are pushed forward by our momentum. I feel solid. Then I declare why I will not vote for Mitt Romney.

“People should use their own experiences to decide!” I firmly state.
“Absolutely!” Dave responds.
“Believe me. I am using my own experiences and they may not make sense to anyone, yet they are what I stand on and stand for.” I laughed.

Maybe it is because, like a cheesy 1990’s Tom Cruise movie, Dave really does complete my thoughts, or maybe because I knew Dave was listening and was not feeling threatened, defensive or challenged by my words, in that moment, I knew I was safe. I was free to figure it all out and process my conclusions.

Then tonight I read Dave my post over the phone. He asked if I (really) wanted to post my thoughts here. See, I read to him while he was stuck in LA traffic and was wearing a headset while we spoke. Consequently, I knew I had his attention. (By the way, he is probably still somewhere on the 405.) I know he is concerned about pushback and pointless debate. I am grateful he is. After I heard his concern, I told him what I will now share with you.

See, along the way I decided that sometime, somewhere I need to stop having one foot in and one foot out, get off that fence, and stand on my own two feet. My two feet may be shaky and poorly worded, but they are the two I will try to stand on. It has not been an easy thing for me to do and here is where I start. You may not like what I have to say. You may want to pray for me or even try to save me. All your prayers are welcome, by the way. My thoughts are real and believe me I am not trying to convince you how to think or even how to vote. I want everyone to think about the why. Why are you voting the way you do?

As we walked and worked through our words it was increasingly apparent that my experience with the LDS church is central to why I am voting the way I am. Why wouldn’t it be? As hard as I try to be just Beth, the fact that I was raised in the Mormon church is and will always be a part of me, how I am perceived and how I am treated. It is no picnic living in a community where the non-Mormons only invite you to daytime (non-drinking) activities, or simply exclude you or are afraid of you because they hear your name and the word, Mormon in the same sentence.

Worse for me are the Mormons. It is worse because I know what they have been taught. And really, I am talking specifically about the Mormons who keep you at arms length. The ones who only talk to when they are assigned to, or show up at your door with a chicken concoction when someone close to you is in the hospital or has died. These Mormons do not let their kids play with yours, yet when you see them, they hug you and tell everyone what good friends your kids are such good friends. Confusing at best. I am guessing we experience the local-Park-City-Mormon “Pariah” treatment because Dave and I do not go to church. Nothing is worse to a Mormon than a lapsed Mormon. At least non-Mormons have hope. They still can be converted. Thank God for the Mormons I know who seem to know I am not evil. They still accept me even though I do not drink the Mormon beverage of choice: Diet Coke and not the cafeine-free variety [wink wink].

It is hard because people are fluid in their choices while in the moment seeming very black and white. When someone criticizes me for not wearing my Mormon Temple Garments, I feel like I am bad. Years later, when that very same black and white soul no longer believes, I equally feel less than when they accuse me of believing in an invisible God. Why would I vote for someone who is proven to be so black and white in his words, yet seemingly so fluid in his plan. It makes no sense. I have researched and tried to figure our what Mitt’s plan is. I do not understand why he cannot share his taxes and I think it is lame that he can write off his tithing donations or charitable contributions into a tax shelter, but my friends who seek help from their local church leaders are treated like they are less worthy because they are asking for help. Google it. My experience with people who make bold, black and white statements is that they will always change. Extremes are just too hard to maintain. This minute they firmly believe A, the next they say that A is dumb and you are dumb for believing A. Makes no sense. Do I?

For some strange reason Dave and I have always remained firmly planted in the grey. We tend to see-both-sides and I am grateful for this perspective. When friends on all sides of the line openly share their opinions, I want to hear what they have to say, and consider their words. I can be swayed, that is, until someone shoves their words down my throat and has no interest in my response. Why would I want a president who not only sees people on welfare as lazy and worthless, but sees people raised in his own faith as not as worthy, because they are not as wealthy or do not go to church? I want a president who values me as much as he values my friends on welfare and as much as he values someone who does not believe in God. I want to know that there is a place for me, and what I have to say. I am not sure Barak Obama is that person, but for me, at least he was not raised in a Mormon Patriarchal society.

We kept walking and really my thoughts were emotionally driven, I know. I am going on character and not policy yet character is how I vote, at least right now. “Dave, I like talking politics with you. We never fight. We discuss and we work through our issues, and even when we don’t completely agree, we are cool. It is safe. You do not shove your ideology down my throat and you trust me to make the best decision for me. ”

Ok. Sure. We are married. Dave knows me and knows how I think. It was completely refreshing that he did not criticize me when I said, “birth does not begin with conception.”

He knows me. He knows my story. He has bothered to ask what I think and because of these things, he showed compassion, “If birth began at conception then I guess you would be going to Hell after all of your many miscarriages.” He said.

Thank you Dave and then he continued, “Actually, the Mormon Church holds the same view that birth begins when you are born.” Sure, sure, I know this statement could be argued and some would say life begins in the pre-mortal world before you were born. And I am not here to talk Mormon doctrine. I am not the best on the subject anyway. I am here to share what events have shaped my opinion and consequently my vote.

We were rounding the bend and I continued, “For me, I was raised in the Mormon church. I have been raised in a culture where for example women are taught to submit to their husband:

“A married woman’s place is in the home, where she sustains and supports her husband…”
~Bruce R. McConkie, Our Sisters from the Beginning, Ensign, Jan 1979

I do not know if I want a president who thinks he knows more than I do, because of the simple fact that I am a lady.”

And then there is the whole the-richer-you-are-the-closer-you-are-to-God philosophy. Living here in Park City, UT with all of these very rich, well-educated Mormons, I feel like we are culturally in the epicenter of this particular bias. Dave, you grew up in the Potomac, MD area, where this same culture persists.”

“Yes and that is why my ward boundary was so long and narrow. The LDS church tried for many years to impose socioeconomic diversity. They eventually gave up.” Dave responded.

“Remember during the 2008 campaign? Barak Obama came to Park City for a big fundraiser. Do you still have that picture?” I asked.

“Barak Obama stopped on the side of the road and held an impromptu rally. I thought it was so cool that you and the boys happened to be there. We all felt so hopeful. I can’t tell you how I think the Republicans would spin things now if McCain had won. I bet they would say something about how he was fixing the debt even if our world was exactly the same. I can’t stomach it.”

“I think McCain would have done a fine job, perhaps even better. He would not have had all the Republicans pushing back and making things so hard. He probably would have gotten more done.” Dave continued.

“Around the same time Obama came to Park City I saw Mitt Romney at church. I was still trying to go to church and be a part of the community. He was in the back playing with one of his grandchildren. I remember all of the church dudes walking up and high-fiving him like he was one of their frat brothers. I knew I could not go up and say hello. He was two feet away and I still felt less than. What is that?” I shared and then continued, “I could see he was a good man. I could see him hanging out in the back, a place I liked to wander when I was bored. He seemed like we could have something in common, but we didn’t. I know those people. I grew up with these people. It is the Mormon Aristocracy, an extension of our US Aristocracy. Don’t fool yourself into thinking a rags-to-riches-living-the-American-dream experience exists anymore. Even Al Gore has a strong pedigree. Mitt Romney’s dad was a politician. He was born into wealth. He was not called of God. He was born into good and fortunate circumstances.” I was on one.

And then Dave said, “It’s like Marianne. She is a single mom. She married a man from Africa. How different would her children’s lives be if they had a solid foundation, upbringing and educational opportunities like Obama had? Even his being black helped.”

“Just like Mitt’s being rich?” I cheekily shot back. “What would you call white-rich-affirmative action? Obama is not aristocracy, but he had opportunity and I see him more like me than I do Mitt. Mitt Romney and this crazy upper class makes me lose faith in our world and really in the American Dream.”

I have always been able to talk politics with Dave. Even when my ideologies seem aligned with others, I still find it hard to say. People are strong, their words on politics and religion even stronger. Long ago I realized that my words will not change anyone. I have always wondered why people come on strong, mean, and never appear willing to listen.