Happy 40th Anniversary Free to Be You and Me!

[Update: I originally wrote and then tried to post this entry on May 27, 2011. Thank Mercury that Raquel called me today. Thank Mary and Carrie for appreciating that which is Free to Be You and Me and its 40 years on this planet. Happy Anniversary to my very favorite Kids Album-television-special ever! If it were not for these stars aligning I would not have found this forgotten post. And really, this post is how I am feeling now and today, exactly 18 months later, I am feeling brave enough to re-write and post it!]

The word that keeps popping into my brain is override. I could be all ninth-grade-speech-contesty and start my lengthy diatribe (post) with the definition.  (Yes, I was in a ninth grade speech contest and yes, I did quite well I must say with my dictionary definitions and poems I stole from the Especially for Mormons special thought book.) No and simply writing out the definition of the word override just will get in my way, an earnest poem will totally distract me. I will giggle as I think of ninth-grade-me boldly reciting the words from my ninth grade speech contest, “Stick to your task, till it sticks to you. Bend at it. Sweat at it. Smile at it too. For out of the bend, the sweat and the smile, will come life’s victories after a while.” I will totally get caught up in the Kitsch Factor, yet I will actually see that ninth-grade-me was on to something. 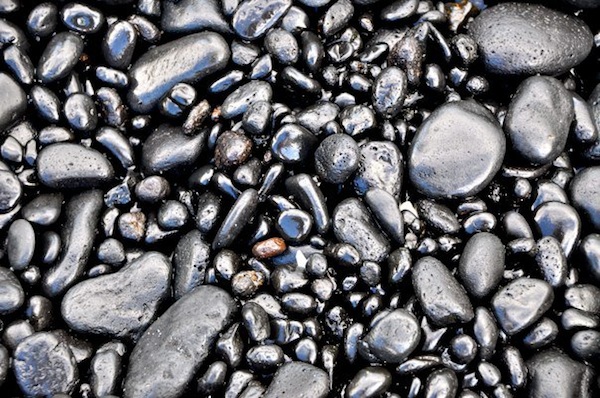 As I think of that earnest poem, the one I recited all those years ago, I think that maybe I had something on all those Midwestern non-Mormons, something that now I need to embrace, not delete, perhaps just reorganize. I need to fight the urge to hide the whole me and not hide, for starters, my intensely religious upbringing. Sure, my classmates were convinced and often told me that my crazy cult family could not drink Coke or dance, but because I was a Mormon, I also had my secret-poem-book weapon.  In fact I had two volumes of my secret-poem-book weapon, a poem-book-weapon that carried me to the ninth grade Oratorical Speech Contest.  Mormons, in all their cultish ways [wink wink] are on to something. They have cornered the market on public speaking.  Steven Covey’s 7 Habits ring a bell? While all the other ninth grade orators had to go to the library (no internet back then) and read card catalogs that led them to books which led them to quotes, quips and impactful sayings, I had two action-packed and organized-by-topic volumes of thought-provoking anecdotes in my arsenal.  Pow! Pow! My topic: Endurance. And in my special Mormon book were pages and pages of stories and quotes all about enduring to the end.  Those Mormon books made the research easy, painless and involved no Dewey Decimal Systems. Take that Card Catalog. All I needed to do was speak, and with my Mormon training, speak I did well. That memory is something I can keep. I do not need to re-write or change.

The word looks like it is spelled incorrectly, and really it seems like it should be overwrite. I checked. It is not. It is also not two words either, over and ride; and there are two r’s, not one. Override is today’s epiphany and yes, I plan on having as many epiphanies as my soul can handle.  When I heard the word override in reference to my life, instantly images and pieces of my past shot into focus, yet all in a new and restructured view. Of course, what was bouncing around in my brain is the utter realization that you really cannot delete your past. Instead, you can reshape, reform and, most importantly to me after today, you can override. 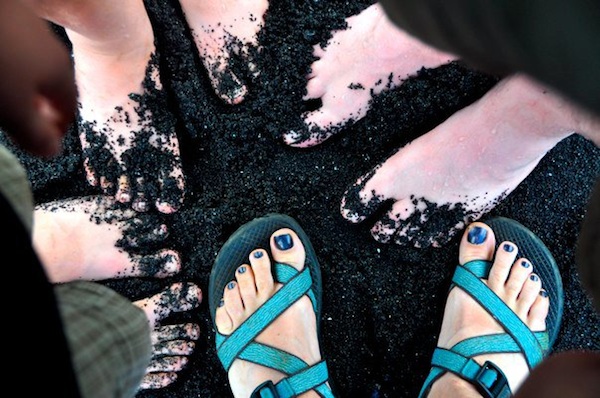 As I sat listening to the sage advice that I can override my past images shot through my head. I immediately saw myself hopping over my crappy dark memory abyss. Ok, too vague. What I saw was me hopping over a Volcano. I mean, me, leaping with long, sinewy legs over an awesome Hawaiian volcano; steam rising out next to the deep black volcanic rock with the lush green Big Island backdrop.  Did you ever listen to Free to Be You and Me? I did. I loved the soundtrack and cartoon TV special and still love it today. Free To Be You And Me is [insert super awesome chorus here] Awesome!” If you are too young to know or lived on another planet in the 1970s, let me tell you. “Free to Be… You and Me, a project of the Ms. Foundation for Women, is a record album, and illustrated book first released in November 1972 featuring songs and stories sung or told by celebrities of the day.” As I heard the word override I saw me as Free to be You and Me’s character Atalanta, based on the athlete in Greek Myth. In Free to be You and Me, Atalanta wins the race and thus overrides her destiny and wins the rite to choose her husband. And seriously, without even remembering the story at that moment, that is what I saw: Atalanta, leaping, in her 1970s-sinewy-legged-animated glory, leaping over the giant Hawaiian volcano. 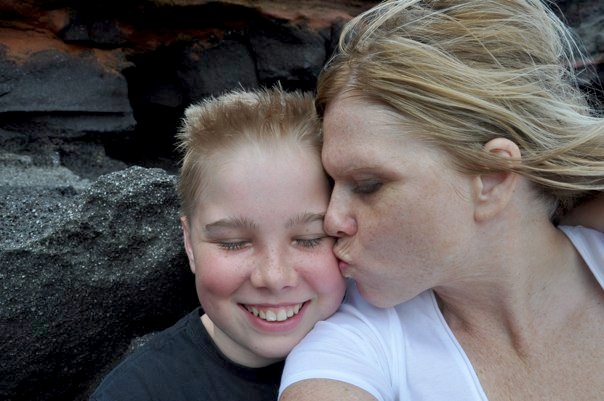 Volcanic Rock, Maui 2011. We still had no idea how sick Kyle was

I can override. When I get in my way, I can push easily-influenced-by-others me off to the side. I can hop over confined me and I can simply override the dark and crazy me stuck in one place. Pretty cool, that whole ability to override.