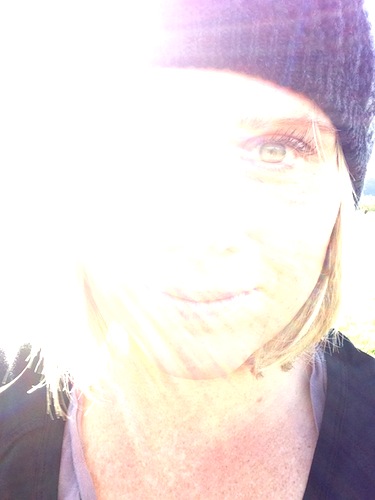 “And being silenced by a particular culture… That’s the whole point of corporate religion. Get the people so compliant that they don’t even feel free to express opinions.”

There is a cost, and because I cannot keep my mouth shut much longer, it is bursting at the seams or better, frothing, ready to explode, I know the risk I take is that I will lose readers, and I am sure I will lose friends.

[A]bove all else, the First Amendment means that government has no power to restrict expression because of its message, its ideas, its subject matter, or its content.

(Unfortunately, other organizations we may belong to have no such constraints)

[Citation.] To permit the continued building of our politics and culture, and to assure self-fulfillment for each individual, our people are guaranteed the right to express any thought, free from government censorship. The essence of this forbidden censorship is content control. Any restriction on expressive activity because of its content would completely undercut the ‘profound national commitment to the principle that debate on public issues should be uninhibited, robust, and wide-open.”

I see Dave. He is in a tiny Skype video box in the upper right hand corner of my laptop screen. The image super pixelated does not matter.  I tell him he looks handsome, well, first I said,  “hanFsome,” then immediately correct myself, “handsome.” As his mouth opens and closes, his hands move, waving fervently in the air.  Vigorously, he rubs his eyes.

He is in a meeting.

A few minutes ago I messaged him, “Sitting in Starbucks and wanted to see your face.”

Moments later a video screen pops open and I see the chat line below, “You can look at me while I talk to other people.”

That’s all I needed. I needed to see Dave.

In a world filled with “corporate religions”, scary government shut-downs, National Parks desperate to re-open, State Senators using the National Park shutdowns for their own political gain (publicity stunts), Mormon Apostles who edit (after the fact) their televised sermons, Mormon Progressives who speak, but not always for me, sons who ask if prisoners will run free, (because no one in the government is working, right?), Tea Parties, Republicans, Democrats, Organizations, depression, affairs, mental illness, and every other thing that I don’t feel safe discussing out loud, it is nice to see Dave.  Yes, Dave is my person, and even though I have a person, no one speaks for me. While I can, I need to use my voice.

This morning I stayed in town after dropping the boys off. I made some phone calls, wrote a few emails, and ended up getting a green tea at my favorite Starbucks. As I sit here with the sun warming me through the window, I think.  Then I realize that no matter who I am talking to or what I am doing I cannot not stop thinking about the paralyzing divide. No one agrees, yet anything anyone says does not seem to matter, is not articulated well, or better, no one wants to hear it. I am not just talking politics.

My lovely mother-in-law is visiting. She is smart, well-educated, well read, has lived on the East Coast since the beginning of time, she’s recently retired after teaching for forty years as a college English professor, (yes, forty years). She attends two monthly book clubs and attends church each week.

Dave is in San Francisco, like he always is during the week, so last night after the boys were in bed, it was just DeAnne and me, (yes, that is my mother-in-law’s name and yes, that is what she has asked me to call her).

As the words, “Obama ruined the economy,” left her lips, I firmly responded with the same imaginary-placement-of-duct tape-over-my-mouth, worked out and prepackaged response I give my own sweet mom, and really, anyone my differing opinions will hurt, “Let’s not talk politics or [insert any other hot button issue here, like religion]. I love you, and I think that nothing I have to say will contribute to a productive conversation. I’m sure any information I share will only prove to reinforce your strongly held beliefs. And really, do you think anything I have to say will change how you feel?”

Nevertheless, she persisted; I took the bait, and said something about the economy being a mess long before Obama. Her entire affect changed as I watched her wheels churn.  Her claws come out, subtly, but they were there.  Exactly what I did not want to happen. I was mad at myself. “Next time I will cover my mouth with two pieces of duct tape.” I thought.

I continued, “DeAnne, I respect what you believe. I want to defend my position and see that by doing that I will only reinforce your own, or worse, I will upset you, (come on, I was talking to my mother-in-law, the last person I want to upset). Both of us will feel unsatisfied, and I do not think it is not worth it. We believe what we believe. You feel good about your information and position.  I respect that. I feel solid in mine. I do not think we will change each other, and I do not want to fight.”

Like I said, she is smart and she is also gracious.  Still sensing her need to speak, I offered, “I am sure I have unintentionally hurt you more often than I would like to know, why would I knowingly hurt you now?” After a few more Obama-ruined-our-world questions, she stopped talking, probably because I would not budge. See, by then I had super glued my mouth shut.

And if we all think about it, you know my mother-in-law and I love and respect each other even if we do not see eye to eye. We both laughed as we talked about Dave and his brother: “how could they be so far apart?” We talked about their Facebook discussions, or, whatever you call them, and we laughed again as we remembered what one of our friends posted, “Remember that time when someone changed their political views because of what someone else said on Facebook? Oh right, me neither.”

Irony? Yes, an infinite amount. I will tell you why, or at least why I think it is.  In our world of Free Speech and no censorship, in a country where you can say what you want, these very seem freedoms are being used to control how we feel.

Forgive me for being didactic. It seems to be a world of the twenty-four hour news cycle, where news comes faster online making a newspaper and reading it over coffee and toast obsolete.  It is a world of fast mis-quotes, even faster retractions, and truth adjustments.  It is a world where we hide behind our computer screens filling websites and forums with our faceless cruel comments; comments we would never say to our mother-in-law’s face. And it is a world where we publicize our every waking breath, selfie-ing our way through the day, letting people know what we are eating, what we are doing, what we like, what we see, and it is the same world where we intentionally go to web sites, asking people what they think, only to weep alone as we read the answers that shatter our heart. “You are fat. Why don’t you kill yourself!”

I see a world that is completely off balance. No. I am not immune. The balance of communication and pure human connections has been defiled, perverted, and beaten away. Why on earth would we think our political leaders could stop long enough to think and work it out?

In this world where we seem to expose every single bit, we are more closed, more paranoid, and more steadfast. We  isolate and surround ourselves with people who think just like us.  We will not yield. We do not listen.  Freedom of Speech, what is that? Saying what I have to say, well, I don’t know how to muddle my way through all of this to even think my words will matter or possibly do some good.

And in this moment I have no idea how this country of ours will even begin to heal. In this moment we are so consumed with our speech that we have lost the ability to listen. In this moment, things like discussions of religion and politics are the pale to our self-consumed and self-inflicted broken hearts.