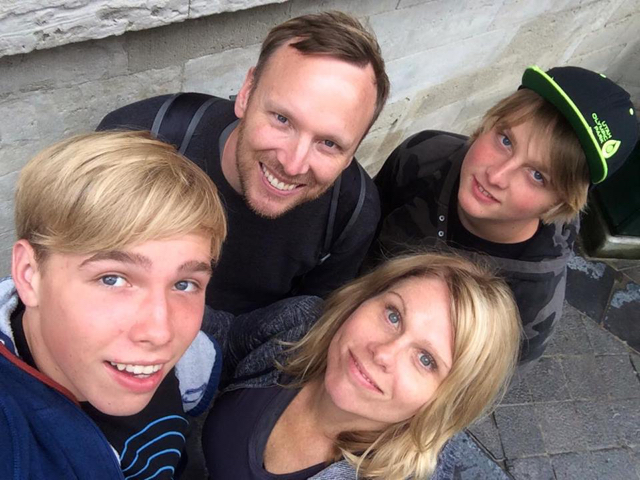 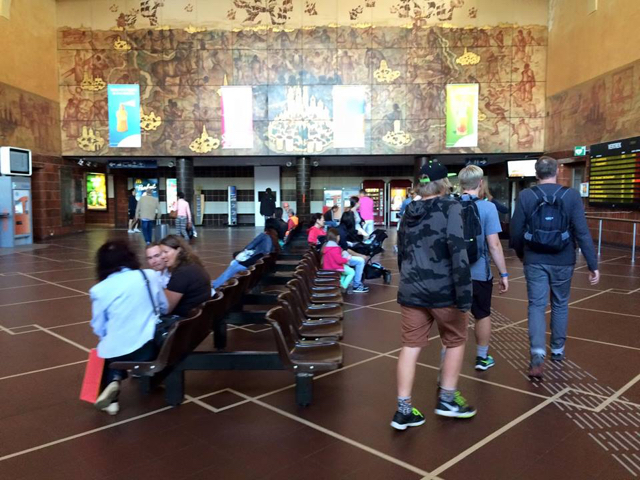 Traveling through Europe, trains were my place to unplug. Consequently, while traveling on the train from London to Paris, and eventually Paris to Brussels, then Brussels to Antwerp, and then Antwerp to Amsterdam, I began (binge) watching the AMC show “Halt and Catch Fire,” which Dave had conveniently uploaded to my iPad. The show is about a group of early software and hardware engineers and developers. As I watched, I saw my own experience creep into vivid focus. Ultimately (and of course), I felt like I could be writing the script. I have always worked in technology, and my lovely husband Dave is a product executive, just like the show’s lead (Lee Pace). And like the show’s lead, Dave has always chased innovation, and the startup dream. My husband is known as an early adopter, and as such, prides himself at being the first. I really do believe he is one of the first people to own a TIVO, for instance. And of course it was a TIVO that he won. I think it was a writing contest.

The train was not crowded. In fact it was pleasant. That being said, my boys were bickering about something (because they should be getting sick of each other after traveling this long). We lost our usual distraction, a game called, “Love Letter,” so a little escape was definitely in order. I put my headphones on, announced, “hey boys, if you need anything ask Dad,” and I pushed play. As I watched “Halt and Catch Fire,” and how the show historically illustrates the disruptive innovation cycle, I felt my own childhood, then my career in technology, even my career blogging, and now my travel writing come into focus. I was completely mesmerized, forgot I was on a train in the middle of Europe, and was transported back in time.

The show takes place in the 1980s and like the people in the show, in the 1980s my step-dad (TED, the dad who raised me) was a computer programmer, a programmer who was always searching for the next innovation or revolution. Ted also believed the revolution was computing. Like the rest of humanity, he just wasn’t sure how. 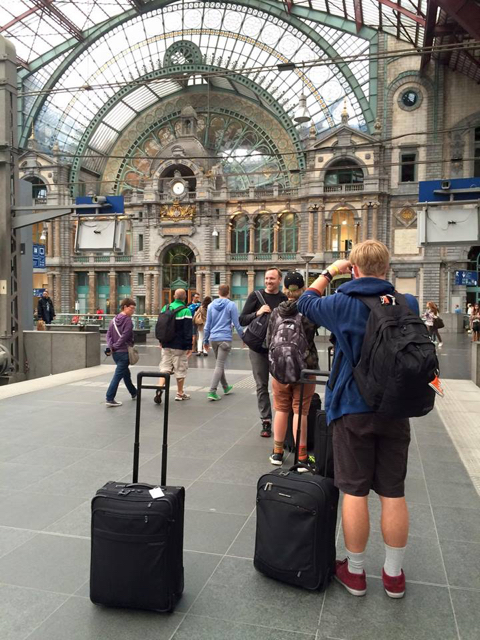 Maybe because of my immense need to connect to a father figure, or maybe because I could see it too, I was also extremely interested in technology. When the gifted coordinator at my school suggested I enroll in summer gifted classes, I begged to take computer programming. I did, and was the only girl. Like the show so beautifully portrays, the future saw my potential more than I could. I remember using stacks of his computer punch cards to take notes. We typed papers on Wordstar, and then printed them on our home computer. Because we dumped our money into our home computer and a home laser printer, we were often left short. Meaning our cars were never new, regularly broke down, gas tanks bled to empty, and back at home unpaid utilities left us with no heat in the cold Minnesota winter. 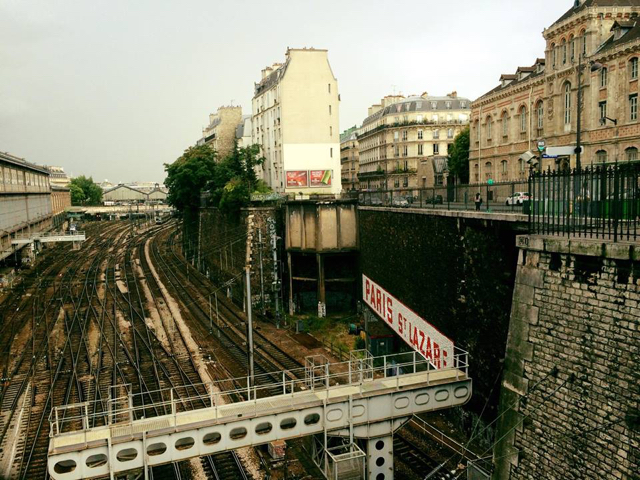 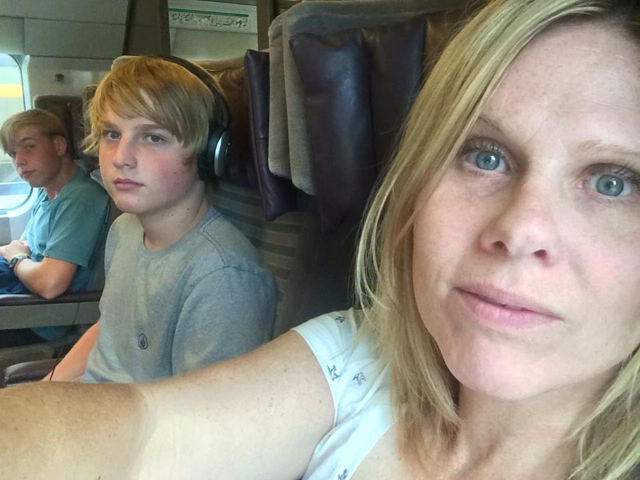 Consequently, our home was filled with a lot of chaos, including crazy dreams of the next big thing. Unlike my own reality, “Halt and Catch Fire” deals with make-believe people, who have education, and somehow find the means to make it all work. Why oh why can’t our lives be made-up television worlds? Hindsight is such a weird crystal ball. I am confidant if Ted had been doing his crazy computer purchasing a decade later, he would have had a better chance at success — at least that is what I want to believe. Instead, we were poorly financed innovators, innovators without a true direction.

According to AMC, “The lesson is harsh but clear: in history, only the truly disruptive ideas are destined to matter.” 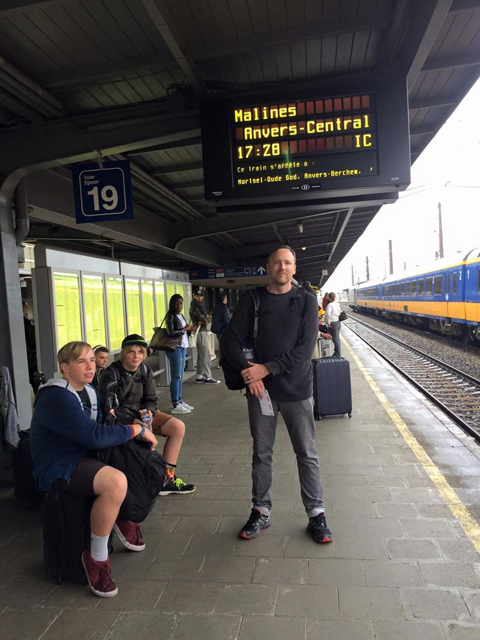 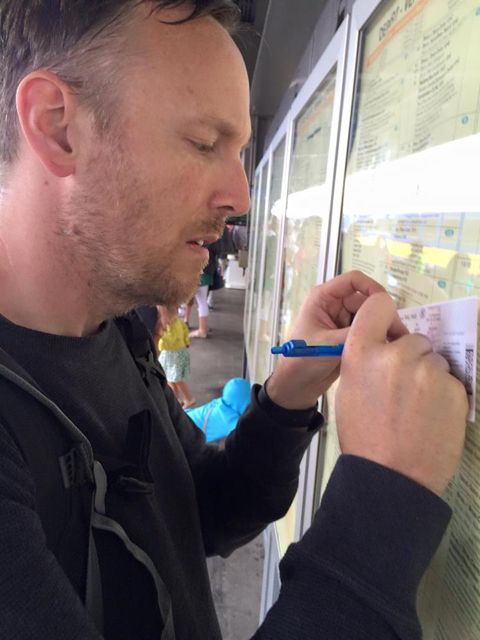 And maybe it’s this idea of disruptive innovation that causes such a moths-to-the-flame styled humanity. Ok, here is what I mean: Craft blogs. Once some lady made some money craft blogging, then everyone wanted to open an Etsy store and claim their place as a craft blogger, right? Better yet, how about the concept of frozen yogurt. Why are there so many serve-yourself yogurt places? Because one person was successful. It is crazy. Maybe success is the measure of disruption. Remember when the iPhone first came out? It completely revolutionized how we communicate. Once we realized the upside, we all had to have one. BUT we had to always see how good something was before we would commit.

I remember being an early blogger. People thought I was crazy and really weird. Remember how concerned people would get? People would ask, “Beth, why are you sharing such personal feelings to complete strangers?” When I used the word blogging in a sentence like the phrase, “I am a blogger,” I was more often than not met with a judgmental laugh or an eye-roll. Now everyone has a blog. And years later, the eye-rollers are now sharing feelings I wouldn’t even think to share. 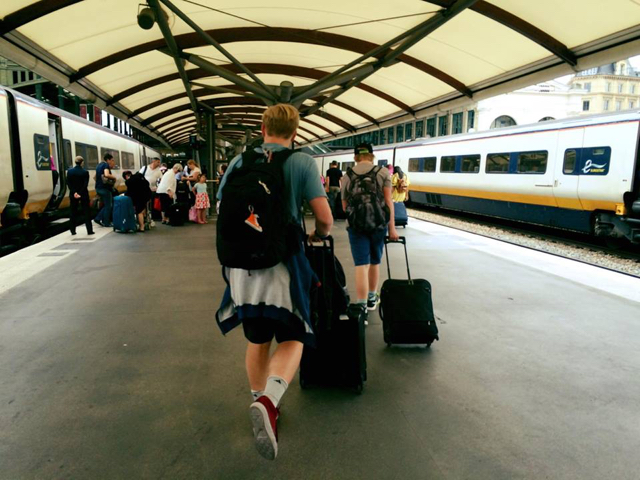 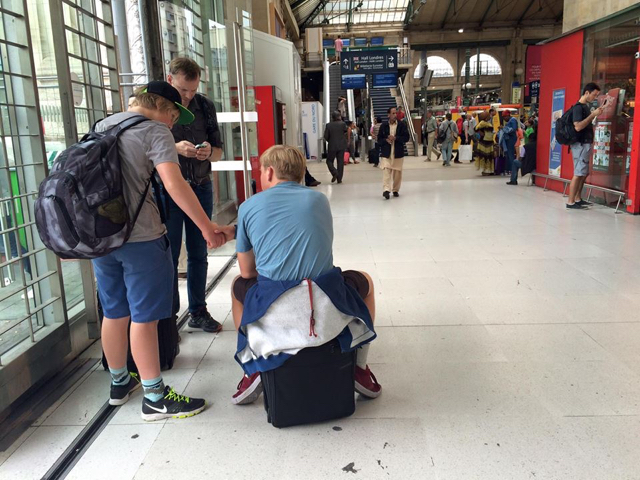 Because I, even though I have done it forever, I know I am not the Halley’s Comet of travel writers. I wish I were, yet I want to be that disruptive innovator. Nevertheless, what the show reminded me is that I cannot see the future. Unfortunately, when we cannot see the future, we as humans tend to compare ourselves to our now. Meaning if I see someone successfully travel writing now, I have hard time seeing myself also filling that space. What we need to do, what I need to do is simply innovate, innovate and ignore the now. Then point our heads forward.

In the end and as I rode all of those European trains, I took breaks from watching and because we had a data plan, I looked at travel writers like #tropicofcandycorn’s Instagram pictures. She does it well. And maybe it was the food poisoning acquired in Antwerp, or maybe it was because I was now taking a plane instead of a train from Amsterdam to Gothenburg, I got it. I started pointing my head forward. Why I like “Halt and Catch Fire” is that it illustrates the pain (albeit dramatically). It also shows people from an earlier time (the 1980s) who could not see how their innovations would unfold. What they had to believe is that they would.

The gift is that because it is now 2015, we can see how all of this disruptive innovation unfolds. We no longer have to think people are crazy for posting pictures of their kids online (ok, maybe a little crazy — wink wink), or that using a credit card on the internet is only something a stupid person would do (identify thefters ignore this comment). Now we know that what the technology innovators of our recent past create is beyond anything they could actually dream. Isn’t that cool?

Holding to the past, comparing myself to others prevents me from innovating. Ironically it is travel and the adventure that forces me to stop comparing and keeps me pushing forward. 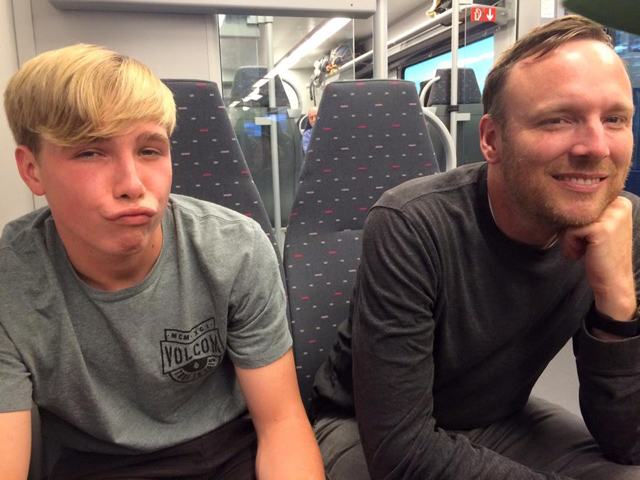 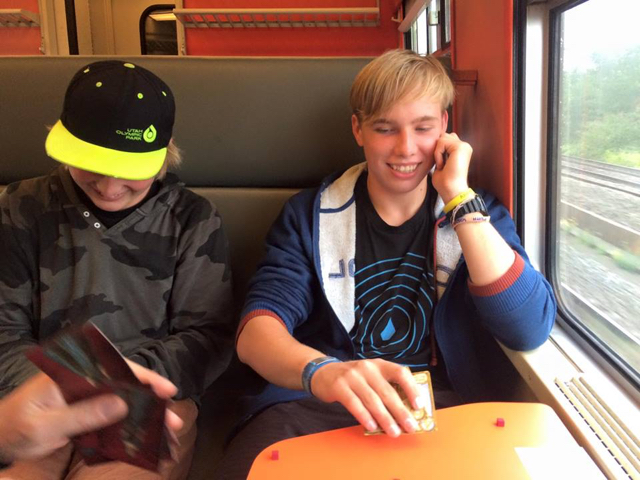 Traveling Antwerp to Bruges, Belgium, (when we still had our game, Love Letter) 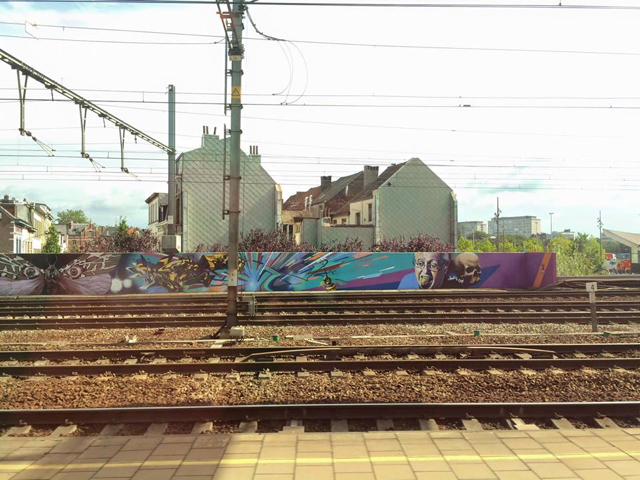