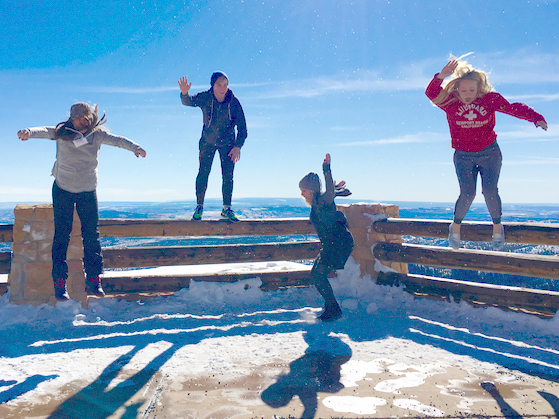 On January 31,2016, our friend, Stephen Jones, was caught unexpectedly in an avalanche. He had all the necessary gear, knowledge and experience. He had his avalanche beacon. He was on familiar terrain. His family knew where he would be, and he knew the backcountry well. All of Steve’s preparations made no difference. The snow is mighty and the avalanche was powerful. And I am certain I am not the only one who desperately hates that the mountain Steve was skiing defeated him.

Saturday, as I sat at Steve’s funeral, and as the tears rolled freely, over and over I heard the words,

“Steve always had an opinion. Steve cared about everyone! Steve was generous, enthusiastic, outspoken, freakishly intelligent, driven and mostly. Steve was devoted to his wife Melissa and their children.” Steve’s mom brought the crowd to tears as she declared, “Melissa, once Steve realized what was happening, I am certain his first thoughts were, Melissa, I am sorry.”

“I cannot believe he is gone.”

Dave always responds with, “I can’t either.” 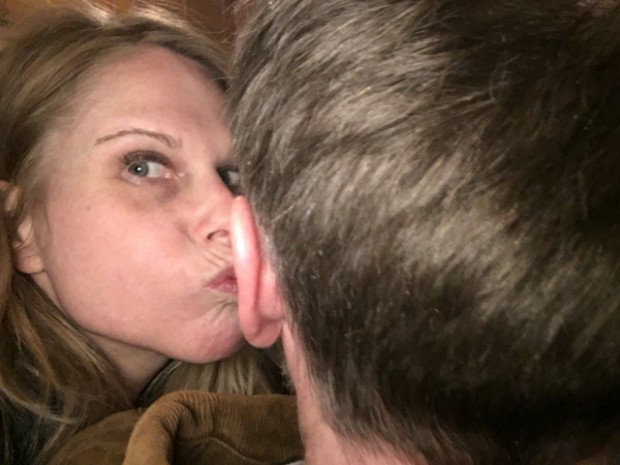 Dave and I, Lindon, Utah with friends.

I think it is common knowledge among those who knew Steve that he would not have been fully able to be Steve without Melissa, his amazing wife. She is gorgeous (inside and out), generous, kind, and grounded. She also affirmed Steve’s seemingly crazy, ambitious dreams right into realities. In his mid-forties, for instance, Steve took up ultra-running. Last summer, at age forty-nine, he ran two 200-mile races, five weeks apart. Melissa was there, encouraging him through his solo, unsupported endeavors.

That is what I love about both Steve and Melissa. They cheer for all of us. Steve wanted you to feel his joy (hence his strong advice),

“Beth, you have the best trails behind your house. Get out and see them.”

Melissa generously offered that I publicly share as many Steve photos as I want.

First, it is important to note that I overflow with a paralyzing amount of empathy. I want to help people. I always have. I am incredibly clumsy when it comes to the juncture between following my dreams and my huge impulse not to step on your toes. Yet, as lame as I can be to myself (like not following dreams), I am really good at helping others fulfill their own (dreams, that is). Ask Dave, I am a most excellent second-hand-dream-fulfiller, unifier, matchmaker and cheerleader. It gives me impossible joy to bring people together. When it comes to my family or my friends (even in those times when I am uncomfortable or afraid), I am devoted. I am loyal. I will step aside for their needs. When you need something, I love to find it. I will apologize (even when I don’t need to). When I know you are hurting, I am there. I will stand by your side.

Mostly, with those I love, I will NOT remain neutral. I will NOT stand on the sidelines. I will always take a risk. And I always have. Being a good friend has always been my super power, or at least, I think it has. Ok. Wait. This is not a post to tell you how awesome I am. I am not, awesome, that is. I am no saint. I do hurt feelings (often). Ask Dave and the boys. For starters, I swear (and swear more when I am trying to stop). I yell and I am often late to pick-up. Nevertheless, I remain solid.

But to be remembered that way, I must actually be that way. 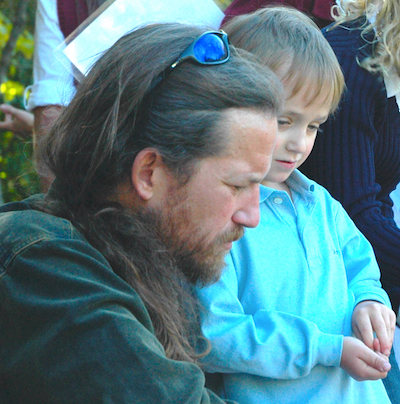 Steve and his son a few years back on a school field with Kyle and Eli.