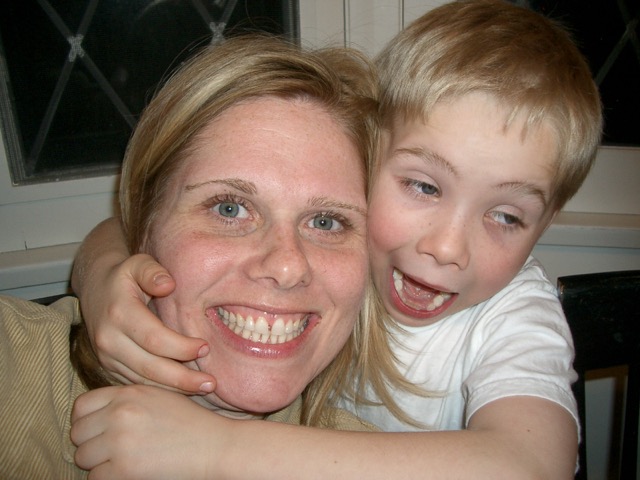 It’s 10:38 PM MST and I just returned from the grocery store. I chose the grocery store up the hill instead of the one down the hill, because for some strange reason, it seems more safe this time of night. Dave is presently lying on the bathroom floor. He seems to have an intestinal blockage. I hope we don’t end up in the ER. An hour ago, while I was watching, Project Jay, Dave asked me if I would go to the store and buy him an enema. An enema? I immediately thought about the last time we took part in an enema buying procedure. We were in West Hollywood and the year was 1999. On that occasion, Dave was the one buying the enema. Sadly, tonight, he is the one in need of an enema. I can barely hear him. When I ask him how he is doing, he tells me,

As a person who knows constipation, I can completely imagine his pain. Ouch!

I am sitting at our kitchen table, wearing my puffy, black Northface Jacket (in honor of Anderson Cooper [wink]) and am drinking the Tazo Calm tea I made for Dave, (he thinks it is gross). As I sit here, I think about our day. It started very early and it started with me shaving me legs. I haven’t been waxed in some time and I was having my Uterine Dye Test, because we all now that we can’t let any health care professional see us unshaven or not waxed. Ew!

For those of you who don’t know, here is what the HSG test entails:

The Hysterosalpingogram Procedure
The HSG procedure is typically performed in the radiology department of you local hospital. It is an outpatient procedure, which means that you will be able to go home immediately following the test. The procedure itself is relatively quick – it only takes about five minutes to actually perform – however, you may be asked to answer some questions before the HSG test begins. The HSG procedure is performed as follows:

My mom arrived early. She was going to go with me to the hospital. Just as we were about to leave, Dave said,

My mom happily agreed to take Eli to preschool instead and insisted she didn’t mind coming over so early,

“I will take him to preschool and then I will come back and take a nap.”

I loaded myself up with my antibiotic, my 800 milligrams of Ibuprofen and we were out the door.

At the hospital I was feeling all calm and loved. Dave was with me and everything was going to be alright. That was until I went to registration.

I noticed that it was The release form. You know, the one that releases the hospital of all liability just in case you happen to DIE! I had to specify if I had a living will and then I had to specify who could make all life-saving decisions for me. Would Dave really keep me alive or would he just tell them to pull the plug? Such decisions! While I was beginning to freak out the cute little registration guy, who had very stylish hair, I might add, continued,

“And will you sign this form, so I can bill the anesthesiologist?”

I seriously began to sweat and then I played back the conversation I had with the nurse in radiology yesterday. She mentioned absolutely nothing about anesthesia. “No, this can’t be. Me and anesthesia, we don’t mix.” I tried to put anesthesia out of my mind while Dave and I made our way over to radiology.

In front of the Radiology Reception desk, I handed my papers to the receptionist. Have you ever noticed all the paperwork involved in having a procedure down at the hospital? It’s crazy. The receptionist blurted a very familiar,

Both of us a little stunned, she continued,

She recovered splendidly and responded,

“Well, you seem so familiar and you have such a pretty face.”

Yes, that was absolutely the best thing for anyone to say while I was freaking out. And if for some bizarre reason, she recognizes me from this website, I want to say,

“Thank you. Your kind words and flattery made my morning.”

(I must break in this story. I can’t concentrate because Dave is sitting across the table from me slurping down some Cup-O-Noodles. Now he wants me to look at door designs. I am thinking the enema may have dislodged something. What? I do not know.)

Anyway, back to my story. I was just being flattered by the receptionist when they called me back and directed me to a little dressing area where I changed into my hospital gown. Thank goodness Dave was there to tie the back. And Thank Goodness I was there to remind him not to just leave my purse lying in the middle of the hall when he comes to tie my gown. He ran back to grab my purse and then we were on our way into the x-ray room. Thankfully, the tech allayed my fears when she told me that indeed I was right: there would be no anesthesia today. Woohoo!

Sitting up on the hospital bed and looking at the cushion I needed to position myself on while the doctor positioned the speculum, I did what any nervous person who is having a uterine x-ray might do: I tried to engage in hilarious small talk with the two med techs. I think it worked (actually, I think they were humoring me, especially at the moment we all burst into laughter when I suggested I join the Boy in the Plastic Bubble because I have so many allergies.

“You’re allergic to Kidney Beans too? Now that is just weird.” The one tech, wearing the pink smock, said.

Dave stood behind the protective barrier, the techs put on their shields and the great and handsome clog-wearing radiologist stepped into the room. Yes, it was uncomfortable, but to see my spine and hipbones on a big computer screen was fascinating. The doctor filled my uterus right up with dye and everything seems to be in order. The radiologist didn’t have much to say. In fact, I don’t think he enjoyed all my questions, that is, until he was leaving the room and gently touched my arm while assuring me that everything looked good.

I got dressed and we left. In the hospital parking lot Dave stopped me and said,

“You know. You are more important to me. I wanted to be here with you today.”

He earnestly kept talking while we got in the car. We drove home, (actually we went to Barnes and Noble first, but don’t tell my mom). I felt gross, cramp-y and invaded, so I climbed in bed and so did Dave. I had dreams of climbing in bed and writing a great post and answering my email; no such luck. Dave and I were wiped out. In bed, we did not have the energy to touch. We slept and we slept hard. I have no idea how many years it has been since Dave and I took a nap together during the middle of the day. It was terrific.

Update 8:50 AM The enema and castor oil seemed to work, except Dave was up all night moaning and groaning. (He is still in bed.) During the night his groans kept freaking me out until I couldn’t take them any longer and I climbed in bed with Eli. Eli was so delighted by our impromptu slumber party that he couldn’t sleep either. He kept poking me with his legs and asking my why I had turned off his night light.

“Daddy always lets me keep it on.”

Mean Mommy. Now that I am back from taking Kyle to school, I am off to eat my oatmeal.