Am I the only one who thinks Travis of this season’s, The Bachelor is stupid? Actually, I personally know at least one other person out there who agrees with me. 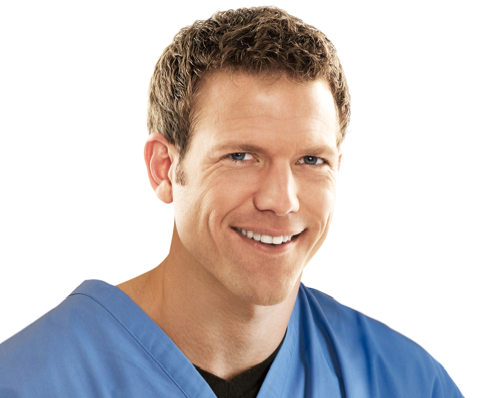 Just so you know what I am talking about, you can take a look at the carefully-crafted-Bachelor Paris show synopsis and for a little more insight, let me quote from Travis the Bachelor’s stupid, personal online journal:

“I don’t have the words [because I don’t have a pulse] to express how excited I am right now. This was the most difficult decision I’ve ever had to make, but I knew I had to follow my heart. And that’s what I did when I chose Sarah tonight [the safe, non-sexy one].

As soon as Sarah walked into the room, I instantly knew I had made the right decision. She looked absolutely beautiful, and I was so anxious to tell her everything I’ve wanted to say for so long.” blah, blah, blah . . . and you also looked like you were kissing your little sister. Ew!

There I was, sitting all alone in my basement, completely stunned.

“He chose Sarah? Huh? How did this happen?”

Careful editing, that is how this happened. And to paraphrase Moana, “He picked the safe one!” Damn you Travis! I turned off the t.v. and headed upstairs, all the while trying to reconcile my feelings.

“Guys always go safe. Sarah and Travis seem so stiff and robotic. I wouldn’t want marry a robot, even if the robot was all cool and gold metallic like C-3PO (And no, Sarah is not cool or gold metallic). Sure, Dave is my buddy, my best friend, but in no way did he play it safe with me. Thank you Dave. I don’t come from a strong pedigree. I have a wild past, yet, he still was willing to take that risk. Woohoo for you, Dave!

Deep in The Bachelor Paris-thought, I stopped and put the clothes in the dryer. I knew that I needed to write about this stupid, safe, bachelor, doctor man. What a complete let down. Dude, you seemed to get it (leaning towards Moana) and then you froze! And then I thought about Dave and how embarrassed he would be if I let anyone know that I watch The Bachelor. Once again, I have been sucked into a Reality T.V. drama. How could I? I walked upstairs and into our bedroom, where I found Dave lying in bed, watching a PBS Documentary. Of course he was watching PBS while I was watching The Bachelor, of course!

You see, in my opinion I say, what a disappointment for relationships everywhere that Travis picked the safe, controlling, bossy, the-girl-his-parents-approved-of-after-only-spending-one-day-with-her, stable one, of course! (So what if he really liked Sarah. This is T.V. and on T.V. we need a REAL fairy tale, not some whispery-voiced, contrived, bullshit fairy tale Come on, ABC, don’t you know that safe does not make good television?) Truth-be-told, I think Travis is either going to get bullied into marrying Sarah or hopefully get back to the states and run for the hills. Hey, and I know for a fact that in Tennessee there are plenty of hills to run to.

Why on Earth do I care?

Well, because I started thinking about how rough around the edges I am. If you only saw one side of me, you may think Dave was crazy to marry emotional, risk-taking me, too. I am also guessing the first time that I met my in-laws, they probably wouldn’t have wanted their first-born son to end up with me either, but that is just playing it safe. And thank goodness, Dave and his family are so cool and so willing to see past first impressions.

I had to get it out there and tell Dave my plans to write about The Bachelor. I opened my mouth and began telling him about this whole Bachelor television show. He listened. He laughed. He put his hands over his face and shook his head while I explained.

“And Moana was the deep, emotional, strong and exciting one. Their spark — Their chemistry — it was unparalleled. What Moana and Travis had (or was carefully edited into the show to throw us all) was amazing. Why did he have to go with the cute buddy? Sure, I know that we (dave and I)were totally best friends before we got married and I am so much the cute buddy type, but Davy, thank you for seeing past the craziness.”

After hearing what I had to say, I was sure Dave was now convinced of the importance for me to write about this awe-invoking current event. Then he spoke.

“You aren’t going to write about this, are you?”

“Yes. I have to! Can’t you see? I have to for all unconventional women out there.”

And so it was.

Now I must wash my hydrating face mask off.