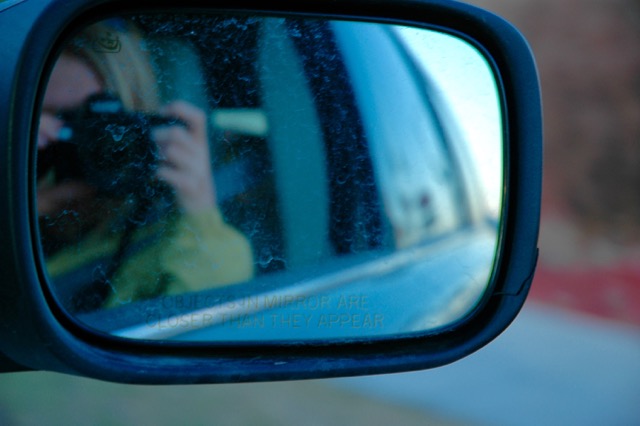 Normally, when I am feeling a little panicked or out of place, I call one of my friends and go on and on and on about what is bothering me. Somehow, by getting all my emotions out of my head, I usually feel better and more centered. What I often forget, is that after I vent, the receiver of my emotional words (even here on this website) is left with all my intense, heat-of-the-moment information. I move on, but they are left with my crap and can now form their opinions based on my out-bursts. Ewwwwwwww! With most of my friends, I also trust that my confidence will not be broken. Sadly, sometimes it is. When I lived in a more populated place, I felt more buffered and really didn’t care when someone blabbed my secrets. Hey, I like to talk too. But then again, when I lived in a bigger place, most of the time, I wouldn’t know that you were talking about me. So maybe it is not fair for me to expect so much more of the people here.

Before I moved back to Utah, I thought I had licked this kind of behavior. I no longer felt like I had to call someone every time I was lonely or upset. I felt free. I felt confident with who I had worked so hard to become. You see, in DC, I could be me without fear of constant scrutiny or judgement. I could isolate myself, even while I was at the mall or walking down the street. No one at the mall or at the local coffee shop knew me or knew my business. I was just the woman pushing two young children in a stroller. And when I felt blue, I could walk to my local Great Harvest, see the familiar faces, get a free slice or two of bread from my Great Harvest friends and then stroll out of their life, until we needed more bread. When I was feeling depressed or nutty, I could call my good friend, who lived a ten minute drive away, talk her ear off and then hop in the car and meet her at the local Baja Fresh or Purple Park. Ah, those were the days. We saw each other all the time, but when she went home, I had absolutely no idea what she was doing in her front yard and that is how I liked it.

I felt like I had reached a point of emotional calm and balance. That was, until I moved back to Utah and in a moment of insecurity, loneliness or lack of anonymity, I slipped back into my self-doubting behavior. Maybe, my hand had been forced and I wasn’t as together as I thought I was. In DC, I was merely in a bigger place, where I had more places to hide. Here, I can’t walk out my door, without people thinking they know where I stand religiously, politically and morally. How daunting. It’s my own reality television show, full of drama, judgement, good days, bad days and touching moments. As far as which character I play, I guess if you asked around my neighborhood, I would be labeled, the oppositional, out-spoken, funny, overly sensitive one.

Does it seem weird that my blog feels way more private than my neighborhood does? I can’t see you and you can only see this part of me. Not so in my community. At the beginning of the school year I was standing outside of Kyle’s new kindergarten class when a mother announced to the rest of the people standing there, “You are moving to Park City. I didn’t know you were moving to Park City.” I was caught off guard, because that is information I specifically had kept from the class. The mother then told me how she found out (and no, I did not say gossip). One of my neighbors’ daughters has dance class with this mother’s daughter and while they were getting to know each other, I happened to be their common ground. Was it a big deal that my neighbor gave out personal information about me? Probably not. Ok. Ok. I know this can and does happen anywhere. I am not even upset with my neighbor, because the Park City comment is just a very safe example of how information travels. In a small community, it just words seem to travel faster and travel back to other people you may know. My little beef is that sometimes I would like people to form their opinions through me instead of having them constantly formed by an outside third party until I am no longer Beth, just someone else’s’ opinion someone projected onto me. I am not used to this happening every single day, over and over again. It gets a little overwhelming. I could give more examples, but I don’t want to unintentionally hurt anyone.

99% of the time, living just feet from several people, who are all friends, is a very good and comforting thing. I love that I have two other neighbors, who also grew up in Minneapolis. It is a trip to live just doors from a good college friend. And so what, if one of my neighbors interned with my former therapist. (She thinks he is awesome too.) I am a little claustrophobic and that’s my own problem. I only hope I can get past those moments when I feel batty or blue. Right here and now, unlike when I lived in a much bigger place, I cannot hide. If I walk out the door feeling insecure or blue, I need to buck up and remember that those feelings will pass. I need to remember that the people, who judge me have bad moments too. Forgiveness is key and I also can’t forget that every time I don’t buck up, I will be sure to see the repercussions of my behavior play out for months and months to come.

—
Before you comment on what some kind souls have observed, I totally need to clarify something about my Park City example:

MY PARK CITY COMMENT WAS NOT A JUDGEMENT ABOUT ME OR EVEN GOSSIP. IT WAS JUST AN EXAMPLE OF HOW INFORMATION TRAVELS AND CAN COME BACK TO ME AT LESS PREFERABLE TIMES. IN THIS CASE, BECAUSE KYLE IS IN A SPECIAL KINDERGARTEN PROGRAM, I DIDN’T WANT THE PARENTS TO UNNECESSARILY THINK HE MAY LEAVE. WHETHER THIS IS GOOD OR BAD THAT I WITHHOLD THIS INFORMATION, IS REALLY MY CHOICE TO DECIDE, NOT SOME RANDOM PERSON.

WHY I Used Park City as an example, is because it is the only benign thing I could think of to (hopefully) illustrate my thought. I did not want to use a more edgy or malicious example (I have many of those), because this post wasn’t about pissing people off. I was hoping you all would pick up on that, but I can see now that I wasn’t very clear.