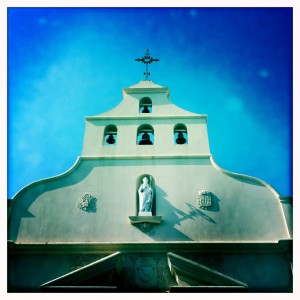 Last night I was chatting it up with one of my very favorite friends.  Even though we live close by, my friend and I spend a great part of our friendship communicating over the telephone.  (Thank you Alexander Graham Bell or Antonio Meucci, depending on who you ask.) We have varying aged boys who always seem to need be somewhere (and not the same somewhere), so it is hard to make our paths cross.  No problem, we have the phone. When Dave is on his Wednesday night bike ride, at work or out of town, I have my friend and our long, often hilarious and always supportive conversations. We are able to cover any topic you can imagine while simultaneously being able call bullshit on each other.  That is a good friend.

Yes, and early on, of course, we have spoke about our crazy childhoods. That is a given, right (yawn)? Honestly, the very best part of these phone calls is the magical-mystery-tour styled conversational flow. We move through inane and extensive discussions on topics such as The May 21, 2011 Rapture which would obviously lead us to discussing the fact that my friend would most certainly be taken up in the Rapture along with Macho Man Randy Savage and, just as obviously, evil me would  be stuck here on Doomsday-Ridden Earth.  “You know I would come haunt you.”  She quickly adds.  And of course I remind her that I would hang a dream catcher for her.  She of course requests, “If you do hang a dream catcher, please don’t make it all complicated. I don’t want to get all tangled up in it.” Then naturally for several minutes we would discuss whether one could actually get stuck in a dream catcher.  Our conversation would drift and we end up somewhere trying to answer the question,  “How often is too much when it comes to using the F Word in front of your kids?”  Her stories are brilliant.  She is Southern and just to amuse me I think she always finds a way to weave in a Waffle House reference.   On one of our recent calls we spent like twenty minutes  analyzing whether that really was Hillary Swank I saw in the locker room at the gym? And yes, it was and yes, Hillary almost saw me naked. It is a gift to have someone to banter, connect and talk too.

Last night, somewhere between me sharing that Eli was sure he saw her on a walk with “another women,” (come to find it wasn’t even her) and telling her that in a fit of PMS-ness I cut my hair with nail scissors, the conversation jumped over to her asking me in her extra twangy southern accent like she does when she is very serious and equally hilarious, “So do you think people can get past Mitt Romney being a Mormon? You know I can ask that, right?”  Of course she knows that she can ask me that. “Who else would I ask?” Continuing with a, “You and I both know that you are the only one I know I can ask about those funny underwear who won’t get freaked out or defensive. You just answer me, pure and simple.”  Yes, for all intents and purposes,  I am her Expert Mormon friend.

And then somewhere between Mitt and funny underwear, there it was, sitting in the silence of a conversational pause. I saw it clear as clear can be. I saw it so clearly I had to say something. I blurted out, “You know. That is it. I can tell you every single dark, creepy, embarrassing, uncomfortable secret about my past no problem.  We can talk about issues with kids, issues with annoying kids, issues with good teachers, bad teachers, good parents and messed up parents. When it comes to religion, I completely short circuit. If anyone asks me about being a Mormon my palms begin to sweat, I feel short of breath and often feel like I am going to puke.  I listen closely to what they have to say and then I quickly try to practice an appropriate response in my head before uttering it out loud. I guess what I am saying is talking publicly about my relationship with the Mormon Church kind of freaks me out. Even though those close to me know where I stand or at least seem to like me for who I am. When it comes down to it, I am not comfortable taking a side, one way or the other.  I like my place on the fence.  I have not been to church in a long time, but I still feel very attached to the religion I was raised in. Isn’t that weird?”

Thank God for my friend because she quickly and wisely responded, “No Beth, you are not weird. I get it (thank you for validating me).  And besides you live in Utah where all this Mormon Religion stuff is amplified. I can understand why you like your place on the fence. If you hop of, the hounds will get you on either side. And it is not pretty.”

“It is true.  I am afraid if my Mormon friends really knew how liberal I was that they would do something like unfriend me on Facebook. Wait. Some have already done that.  And when I say Liberal, I mean, slightly left off center, (even writing about this is making me feel like I am doing something wrong. I feel oozy and sick.) So crazy! I know!   I don’t know why it bothers me, but it does. Does it really matter that I completely support my gay friends and think the Proposition 8 was nuts?  I thought Politics and Religion were separate?  And isn’t it ok that I totally love the Mormon focus on the family, at least the theory of it?”

“You are totally making sense, my friend.”

“Then there is the whole non-Mormon-side. I really do not like getting into it with my non-Mormon friends.  I really have to trust you to expose myself, you know what I mean?”

“Just to get accepted into the group I fell like I have to assure everybody that I am cool and not a crazy cult member. And then there was the time that I am sure my sweet mother-in-law convinced herself that I had turned Dave all anti-Mormon because I knew people who wrote about being ex-Mormons. I wondered why she just didn’t ask me what I believe. It is all such a mine field. I say, good luck to you Mitt Romney. And is it ok to say I probably would not vote for Mitt Romney even if I was the best Mormon ever?”

“You are cracking me up. Ok, Beth, I know you and like I said, who else can I can ask and get a straight and honest answer about your church. I like that.”

“I know. I know, but it is weird that this has always been excruciatingly uncomfortable for me to talk about. There are so many things I worry about.  I am afraid of letting my family down or embarrassing them by being more out with who I am.  Isn’t that weird? I really do not want to be defined by a religion either and as hard as I try, as soon as the cat is out of the bag on either side, I feel judged and people treat always differently.  Baby steps. I need some confidence with this whole issue. I mean, I am still trying to figure it out. I have to believe in my path or whatever.  And for me to let my guard down, I totally have to develop a circle of trust with any person I share my true religious feelings and opinions with. I am sad that I think I will actually lose friends if people, Mormons and Non-Mormons alike really know who I am, as far as religion goes, that is.”

“I get it and I hope you and the Mormons and probably all the people living in Utah, for that matter, realize that The Mormon Church has not cornered the Market on religious craziness, self-righteousness (on both sides of the fence) and excessive judgement of others.  My friend, have you been to the South?”