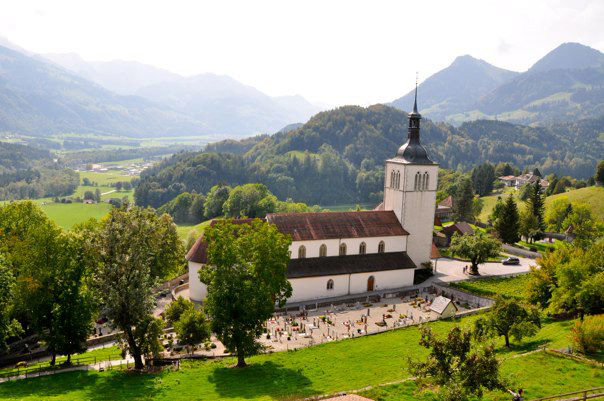 Church next to Chateau Gruyères in Gruyères, Switzerland

It was exactly two months ago today when a really cool opportunity knocked on Dave’s door. With his job he often gets to travel to pretty amazing destinations.  I had no desire to accompanying him half-way around to Singapore earlier this year, but when a last minute trip to Geneva, Switzerland came up, I simply inserted myself into his itinerary. I was actually shocked with how easily I jumped in.  Many of you know that Kyle has been very sick this past year and as a result I have been terrified to leave his side (even at home).  For me to throw caution out the door was this giant, enormous and huge step. I guess this gift came at just the right (time of the month) and like I said, I simply inserted myself into Dave’s Itinerary.

“Dave, I want you to know that I am coming with you. I talked to my mom. She can watch the boys and we are set.”

We cashed in some frequent flyer miles, booked our hotels, did a little research and literally with that, we were on our way. Slow down! Now let me tell you what “literally with that” really means.  Once my mom said, “Yes,” instead of carefully packing (did not look st the weather) or shopping for my trip, I spent the entire week before we left writing out and calendaring a very specific & extremely detailed-down-to-the-second schedule.  I had numbers and extra numbers.  My mom would  know Kyle’s doctor, the doctor she could call if that doctor was not available, the Urgent Care facility she could take Kyle to if that doctor was not available and if that Urgent Care was not open, she knew where the new hospital was. She knew who could pick the kids up from school, who to call if it snowed (yes, it does snow in Park City in September) and who would help her fix the internet. I printed out well labeled maps to the schools, maps to friend’s houses, maps to the grocery store (there are three we go to), a map to swim team and a map to boy scouts.  Not only did she know where the kids should be at all times, she knew who they should avoid, who they could be around, what parents were cool, what parents were not-so-cool, that yes, they did need to shower every single day, that they should pick their school clothes out every single night,  they would try to weasel their way out of doing their homework (especially Kyle), and more specifically how Kyle would try to weasel his way out his homework,  precisely how their morning routine should go, down to the shower,  Strawberry Special K, Yogurt & Granola (their breakfast of choice that week), vitamin C, allergy medicine, hair combing, tooth brushing and an “I love you” as they walked out the door. I did all the laundry, making sure that the boys had something clean to wear every single day. Then I readied their weekend bag. My mom was taking them down to her house. They were packed down to their iPod Touches, DSis and extra underwear.

When asked if all the work I had to do so I could leave was really worth it, I did not hesitate. “My peace of mind is worth tens times the effort I made. I know I can leave, my boys will be ok and my mom won’t be nervous or at least not very nervous.” 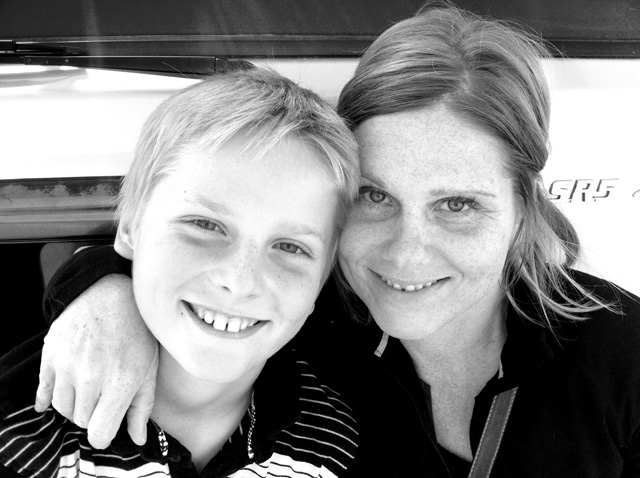 On September 20, 2011,  we kissed the boys goodbye, I drove Kyle to school, hugged, kissed and told him that I loved him again, my mom arrived, we reviewed the contents of the map, calendar and instruction-filled three-ring binder,  and we were off. Well, not really off. We told Eli we would stop by his school and say good bye one more time so we did.  I emailed his teacher to give her a heads up, thanked, said goodbye to my mom and we left the house. Eli’s class happened to be outside for morning recess, which made it really easy. We walked over to meet him, greeted his lovely teacher, asked him to walk over to the car and promised him to return him promptly so he would not miss too much of the game he was playing. Then  we hugged and kissed him (away from his classmates, of course), took a picture and we were really off. 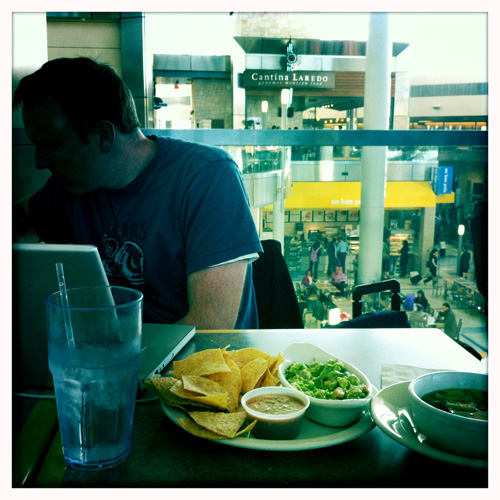 We drove to Salt Lake City, parked our car at our favorite parking place, took a shuttle to the airport and checked in. At the gate as fate would have it we ran into Carl, the very same and very compassionate American Airlines Gate Agent/Supervisor, who had helped us the last time we flew AA when Kyle was so sick.  We talked. I jogged his memory, told him how awesome he had been, he pointed out his boss, who is never at the gate. She heard my compliments and Carl made sure we had very nice seats all the way to London.  Yes, that is right. London. See, to use our frequent flyer miles we had to fly to London because American Airlines does not fly to Geneva.  We walked on the plane, fastened our seat belts, when asked, put our electronic equipment away  and flew to Dallas, our first stop over.

I won’t talk a lot about Dallas because I want to get this story to Europe. What I will say is that I crashed, shed some tears, washed my face, out some deodorant on, got mad at Dave because I was hungry, could not figure out what to eat and spotted Ian Ziering from the 1990s 90210 television series. During our several hour layover, Dave did catch up work and I did find something to eat. Of course we also called and checked in with my mom and the boys. So far so good. 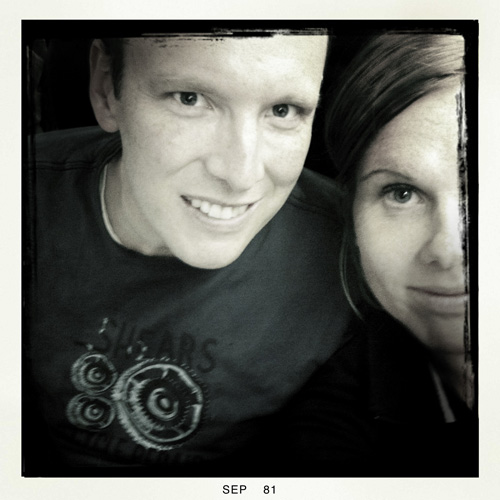 Dave and half of me

We boarded our Red Eye flight to London and were on our way. Because we used frequent flyer miles we were in the way back of the plane where the seats were grouped two, five and two. Luckily we were had the two seat section and luckily I am the size of a ten year old boy (that is my kids say) so I could flop and spread out all over my tall (6’2″) husband. Aside from a passenger fight over overhead luggage at the very beginning, our flight was not eventful, just long.