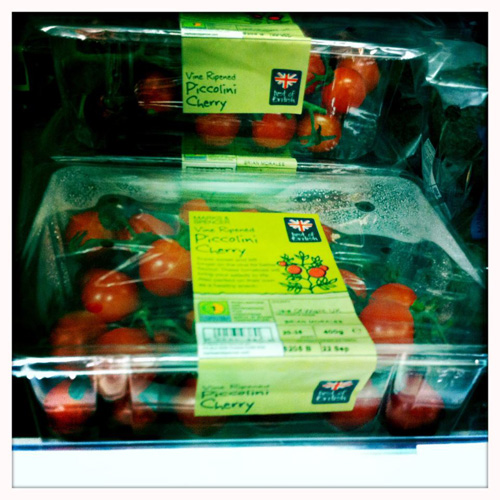 9.21.11 London Heathrow Airport 10:30 AM-ish GMT. In our wisdom or what we like to call our wisdom, Dave and I only brought carryon luggage. Sleep deprived and in high need of a chiropractor, we deplaned and started walking. We found ourselves walking and walking down long, enclosed and never ending hallways. Occasionally we saw windows, where we could see people on the other side.  I felt far away in this winding no-mans-land hallway labyrinth and the only thing separating Dave and I from the other side was customs. With passports in hand, we made our way to a lady. I think it was a lady and if it was the lady. She was definitely wearing some sort of Muslim headgear (we would be going through customs twice this day).

Once through (I always love having my passport stamped) we walked three more miles (not really) to the Airport entrance, where Dave purchased me two bottles of water.

I just need to say this. Even the largest US airports are no match for the lengths of hallway you will walk in UK Airports.

Slightly scattered and unsure, we walked outside to catch our bus. See, Dave found a deal and booked us a 36 mile ride on the Easy Bus to the Luton Airport, where we would then fly to Geneva. Finding the bus stop, however, was not easy. By the time we found the Easy Bus bus stop (we followed the smoking lady and figured she would lead us to the bus and she did). I was sure my knuckles were bleeding and my feet were blistered as we hoisted our luggage on what we thought was the Express Bus to Luton. No. No, my friends, we were not on the Express Bus. Somehow the bus we boarded was the stop-at-every-single-bus-stop-and-even-stops-that-are-not-bus-stops-so-you-can-pick-up-every-single-old-lady-and-her-friend-down-the-street-and-every-single-child-coming-home-from-school, Easy Bus. We reached Watford, our half-way point, the point where we got off the bus so Dave could buy a prepaid European calling card. If any of you know my husband, you know he must have found some screaming deal with that particular cellphone provider and that is why we made this particular trek. We  most certainly not going to pay the $1.00 US a minute to use our At&T plan. 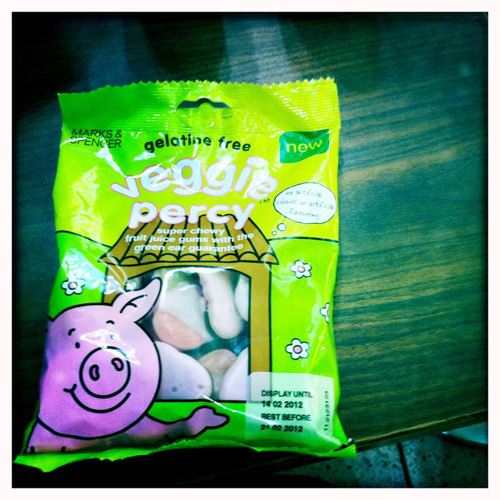 Clumsily I yanked and shoved my luggage along bumping elbows and feet as I followed my tall and stealthy husband off the bus. For fifteen long minutes I was weepy as we walked in circles until we found a sort of town map posted near the bus station. Dave took my carryon luggage and ran like a super hero down the street pulling/carrying all four pieces of luggage while I barely kept up. By some small miracle we found the cellphone store inside the indoor/outdoor-styled mall. I just remember the dark-brown-haired-gum-chomping-sparkly-blue-Lee-Press-on-nail girl who said in her thick British accent, “You have to wait before you text or you will use all of your money before you even make a call.” She told us all of this while making her long, Sparkly-Blue-Lee-Press-On-Nail fingers set up Dave’s SIM card. With no time left to eat, we scrambled, I whined, we found the bathrooms and then ran the mile or so back to the bus station. Good bye Watford. You were lovely-ish, yet I am ok if I never see you again.

Watford to Luton seemed much less painless. In my delirium I grabbed hold of our adventure, turned to Dave and said, “Really, who does this? This is crazy! Crazy Awesome!” Sadly, once in the Luton Airport I was ripped off by the Starbuck’s guy, who neglected to tell me that I would immediately have to dispose of my large cup of tea before going through security. Yes. Yes, I should now the whole going-through-security issue. Starbucks dude also neglected to tell me that there was a Starbucks on the other side. Damn him! I think I paid $7.50 US for one sip of my Green China Tips Tea! And then, there it was. I heard a choir of Angels singing in my head, “Halelujah,” as I walked into Marks and Spencer for the very first time. “They don’t sell fresh produce like this in the US! Dave. D-ahhh-ave! This is the best thing EVER!” I snapped pictures of the fresh vine ripened tomatoes and raspberries. I managed to purchase a healthy salad and find a yummy “Pork-Free-Gelatin” Treat. Oh, how I love you Veggie Pigs! In one happy and deep breath I was on my second, third and fourth wind. We would make it to Geneva and we would make it in one piece. We were through security in a Southwest-Airlines type of Cattle Call working our way down some hallways to board our plane. In the line we met an older lady and an older husband and wife. The woman had been watching her grandchildren and the man and woman were just flying to watch their grand children. I felt like some sort of Karmic moment was happening and Dave and I were playing the part of the young couple who leave the country and leave our children home alone with their grandparents. They let me know how much they enjoy watching the kids and I got to let them know how grateful we were that our kids were in safe hands. What a cool way to start our adventure. 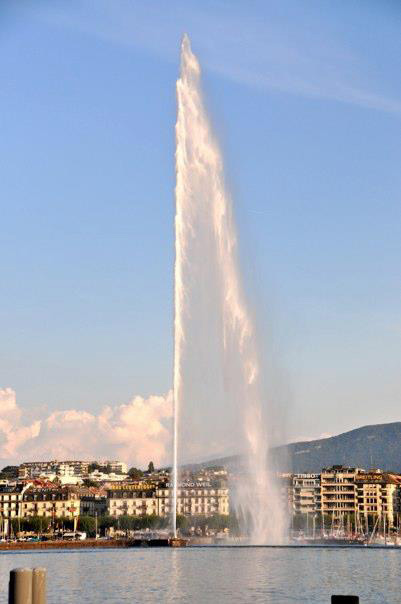 EasyJet to Geneva was easy. We landed. We deplaned. We heard announcements in French, German and English, made it through customs and made it to the Starling Hotel, where we would be spending the next few days. 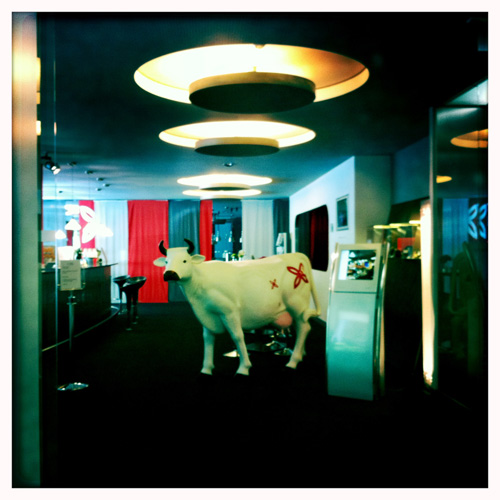 *Favorite part of the Starling Hotel: The Swiss Cow Statue at the Hotel Restaurant Bar Entrance.

We were in Geneva  for Dave’s business trip.  While Dave worked and met with clients, I slept and slept a lot. When I woke, I got ready, grabbed my camera and walked to the store, the store where literally nothing was written in English and all the food, including the sweetened-condensed milk seemed to be in tubes. I cobbled together my cognantes and tried to find food I was not allergic to. I bought some turkey lunch meat and soy yogurt or I think that is what I bought. Back at the hotel I knew the boys were just getting up. I  iChatted with them and my mom. This video chat became the daily re-center for all of us.  Again, “With things like the big time difference, was it worth the?” I will answer the same way each time you ask, “Absolutely. Peace of mind is a big deal on both sides of the Atlantic!” 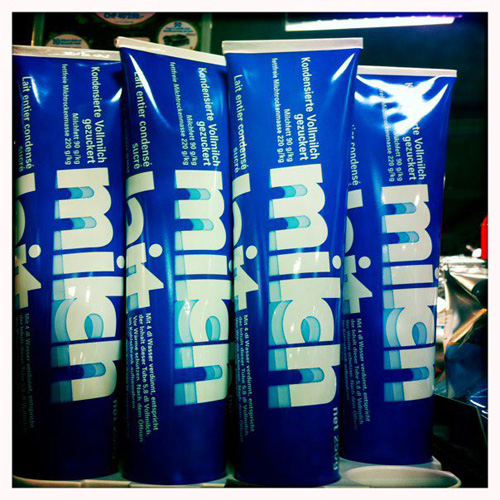 Sweetened Condensed Milk in a Tube

After a day of Dave working and me sleeping we decided to connect with a friend of a friend, who I would like to call the quintessential hipster dude, Geneva Style (down to the groovy glasses).  To meet our hipster friend, we took the train (which took much longer find than the five minute train ride into Geneva.  As soon as we met, I immediately knew he would make that Northern European lip-scoffing gesture while saying something under his breath in French if I asked he to take us to a pretty castle or a Koo Koo clock factory.

There is this otherwordly feeling I get when I travel. It lasts just a few minutes and I cannot guarantee I will get that rush each time I hit the road. I felt the rush as Dave and I got off at the train station in the middle of  Geneva,  and I felt  it once more as Stephane, our Hipster friend, walked us around the city. As we walked along my thirst dictated we stop at a little street vendor. Stephane pulled out his wallet, spoke some French to the vendor, bought me a Coke and paid for it with about four dollars worth of Swiss Francs. We walked up the long dock on the water. I could tell this was one of Stephane’s favorite places. African street Vendors were out selling their trinkets and as we walked by them, Stephane showed us where women topless bathe in the summer. Yes, women bathe topless in downtown Geneva. They are separated by a tiny divider from all the other swimmers. This bathing spot also happens to be the same place where people order, sit at the water and eat fondue during in the winter. I do not know if it was the “enlightened Hipster” in him, but Stephane then walked us through the legal prostitution part of town and I still am bummed that I did not take a picture. I asked him about the appropriateness of taking a picture. He pushed through his disdain and told me it would probably be ok if I took a picture of the whole area and not ok if I took a picture of one specific person. I was mesmerized by the elegant, yet drag-queen looking female prostitutes standing soundly on the streets, waiting for customers . Yes, I did feel like I was walking in a strange and lovely, Dali-esque dream. When Stephane asked us what we wanted to eat, I, who really had not eaten in three days, was starving and I blurted out, “Thai Food!” 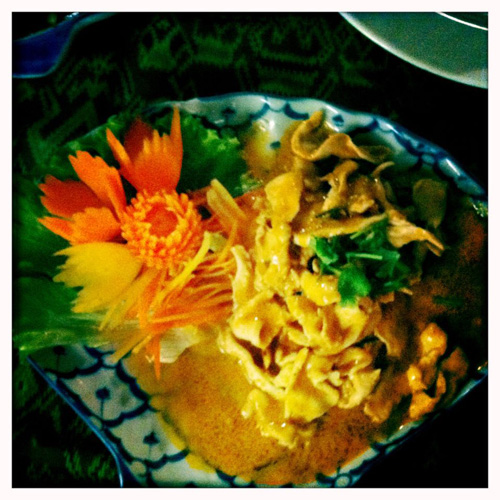 Best and most Beautiful Yellow Curry Ever

He didn’t really confirm that yes, we would be eating Thai food. We just continued to follow him. We walked a few more blocks and arrived at this cool little restaurant.  Honestly, it was   the best Thai food I can remember having and I eat a lot of Thai food. Say what you will about the Hipsters. They always know where the eclectic and cool restaurants are. Stephane ordered in French and when the Asian woman heard me speaking English, she immediately switched. She seemed relieved to be speaking English. The menu was only in French and English, but Dave and I ended up ordering some of the dishes using their  real Thai names. Take that, Swiss guy who’s been translating for us! Stephane amused me and answered my questions about how many times you kiss on the cheek as a greeting. He said, “Three.” Our conversation ended and we were on our way back on the train and back to our hotel. 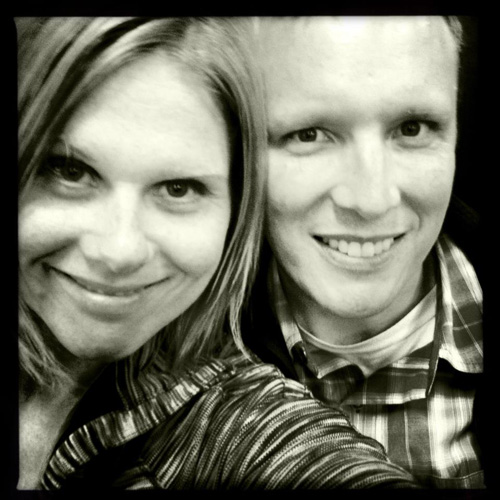 Sitting on the train in Geneva