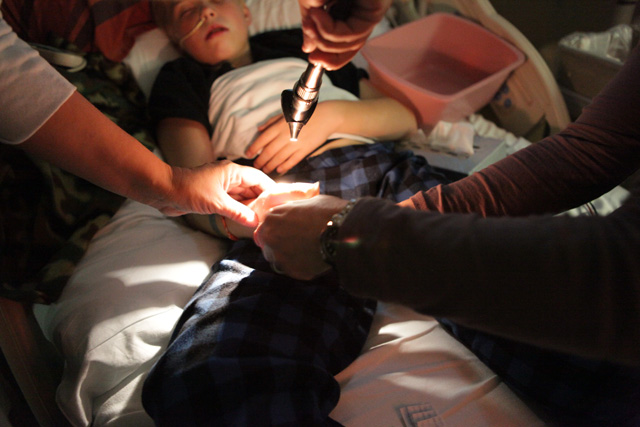 I put some sad music on. Nothing like Arvo Part’s Spiegel im Spiegel to do the trick. I am trying to find that space. I need to heal that space. Whenever I go to that space my words immediately become clunky, jumbled and paralyzed. I do not know how to say it or what to say. I keep trying. I see it. I see last year. And when I think about last year, everything I see hits me in a giant, suffocating wave. I feel like drowning and I try to push through. I am clumsy as I keep trying to tell our story. At the very least, I want generations of family to feel inspired, to feel blessed, to be grateful that their predecessor Kyle was a freaking super hero and so was Eli, his rockstar brother. I do not want our story lost. Most people know that Kyle was very very sick last year. Stevens-Johnson Syndromewas the mean ugly train that took us for a very scary and terrible ride. In bits and pieces I have awkwardly tried to tell our story. It still feels trite. I still feel awkward. Right at the moment I think about this past year or try to write about this past year, I short circuit and in my body I sense how I think I would feel if a semi-truck were barreling towards me and in my mind I see that the semi-truck is seconds from impact. Bam! Time stops. I feel that feeling you get, you know, that the terror you sense when you are watching a horror movie. You know that something bad is going to happen. You see that something bad is going to happen. You want to reach into the screen and say, “Hey, don’t open the door. Really! Please do not open the door! He has a knife. Seriously! Step away from the door!” The person cannot hear you and there is nothing you can do except cover your eyes. And before the semi comes crashing into me, I hold my breath and slam on the brakes. 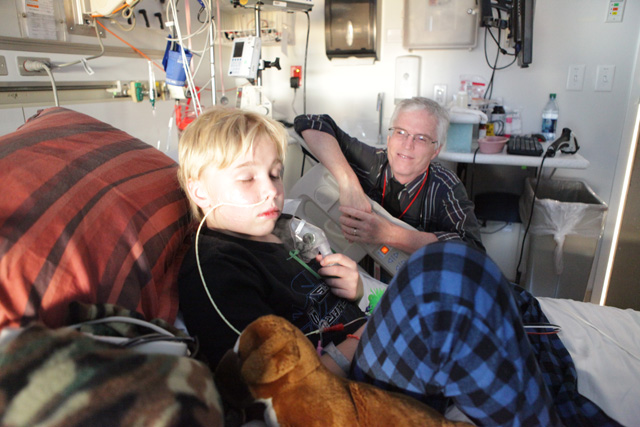 I want to get it all out.  Most people do not know that Kyle had two overlapping cases of Stevens-Johnson Syndrome. His nose took a bigger hit on the second round.  For starters, I want parents to know what it is like to sit alone in a hospital room day after day. I want them to know that they will be ok no matter what. I want people to know that they need to keep the hospital room peaceful. I was scared into peaceful and then I did not want to do anything to tip that balance. When people saw Kyle and came unglued, I asked them to leave. Even then, I was blessed with resolve. He was scared out of his mind. He heard the doctors say it was very serious. He felt their fear and confusion. The very least I could do is give him some peace. I want healthy siblings to know that we parents love them just as much as their sick and needy brother or sister. I want people to know that doctors do not know everything. Trust yourself. Trust your instinct. Even if you are a pain in the ass, do not be afraid to ask questions, change doctors, change nurses or simply speak up. I want you to know that I saved Kyle’s eyesight because I spoke up. It was that simple. I listened. I paid attention. All he needed was an over-the-counter lubricant. The nurses thought sleep was more necessary than waking Kyle up every two hours. I told them not to worry that he would not wake up. And it would not matter if he did. I insisted. I pushed. I got his eye doctor involved and the nurses pushed back. I pushed some more. Kyle’s eyeballs were shedding all of their skin. His eyeballs were scabby and raw. All he needed someone to do was open his eye and squeeze the lacri-lube lengthwise along each eyeball every two hours, then every four hours, then every six hours, every eight hours until months down the road (now) when he no longer needs it every single night. Sure, at the time, he also needed stronger eye medication, however, to prevent his eyes from completely gluing shut, all he needed was that over the counter eye lubricant. What the over-the-counter eye lubricant did was prevent his eyelids from adhering to his eyeballs. Once the adhesions glued themselves onto the cornea there could be irreversible damage. Each day the Ophthalmologist would come in with a dental-tool-like instrument, open Kyle’s eyes and scrape out the inside wherever there was a new adhesion forming. It was horrific. Kyle was so brave. The nurses resisted. They were not wrong that Kyle needed his rest. I was right. I did not want him to go blind. As parents, as advocates, that is what we need to do. We need to persevere. 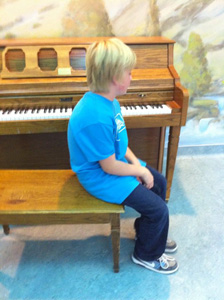 Every single second was a fight. It was not any easier once we were home. It was worse. It was hell; months and months of hell. I think everyone else assumed it was better. Maybe because I did not know how to tell them it was not. Kyle came home disfigured and traumatized. Eli was shell-shocked, Dave was in over his head and I was freaked out and exhausted. I could not sleep. It was like we had a newborn, a newborn that could talk and tell us how much it hurt. And this newborn was scared, emotional, distant and crazy. We spent months giving Kyle round-the-clock medication. He went back into the hospital for surgery to remove scar tissue from his tongue. Getting this surgery was another giant challenge. It was a challenge that consisted of trips to new doctors and new specialists. There was a moment where we thought about leaving that stupid, ugly growth. “Hey, at least no girl would ever want to kiss him with that thing. We can have it removed when he is twenty-one.” We joked. People assumed I was specifically avoiding their calls. What they did not realize is I was avoiding everyone’s calls. I did not know what to say.  Sometimes I worry that people are still mad at me because of how I acted the months after Kyle came home. I wanted to tell them how scared I was. I always seemed fine. I was hiding and it sucked. This being said, there were those who found a way in and for that, I will be forever grateful. Thank you for fighting for us. I want you to know about them. Those folks who quietly stood by our side, those who loved us and assured us that Kyle would look normal again. I want to tell you about the people who Kyle let in. They have changed our lives forever. Kyle went through steroid withdrawal, narcotic withdrawal, he lost his friends and I did not know how to keep mine. We made Kyle go back to school when he was not ready. He had missed so much school we thought he should try. No one realized how bad he still was. I do not know if I will ever forgive myself for sending him to school. Shortly thereafter, we had to pull him right back out. His immune system was wrecked and because it was wrecked once he was in the student population he became very ill. Looking back I know I was in shock. If I saw him now I would know how completely ill he still was. Then, I had to fight for his grades. I had to fight for him to be re-tested. He looked freakish and we had to fight. We were at the pediatrician all the time. The eye doctor saw him twice a week at first, maybe more. 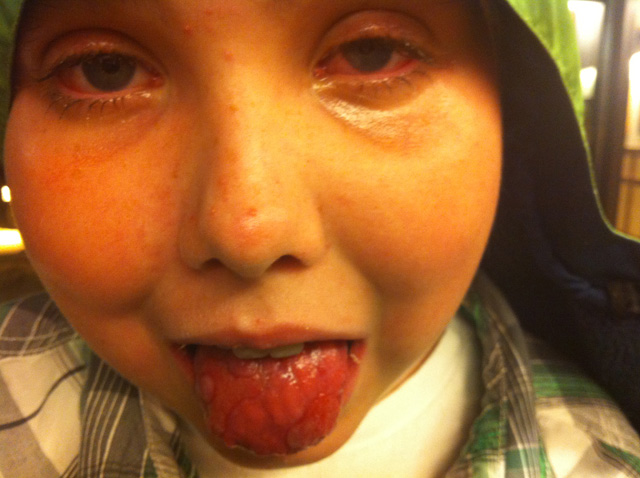 This is how Kyle looked when he went back to school. We were crazy for sending him.

I cannot remember. It all sucked. It really, really sucked. Eli cried. He cried a lot. He heard other kids making fun of his brother. He never wanted Kyle to know how sad he was. Every thing made Eli think Kyle was going to die, that Kyle would have to go back to the hospital. It terrified him and then he cried some more. That was our day to day. I could not complain. At least Kyle was alive and we were all surviving. This is the beginning. There is so much more to tell. 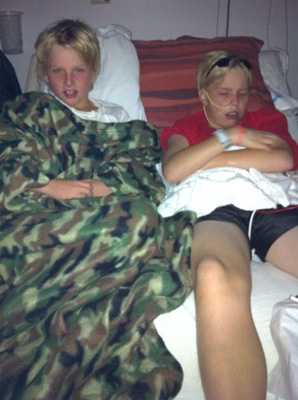