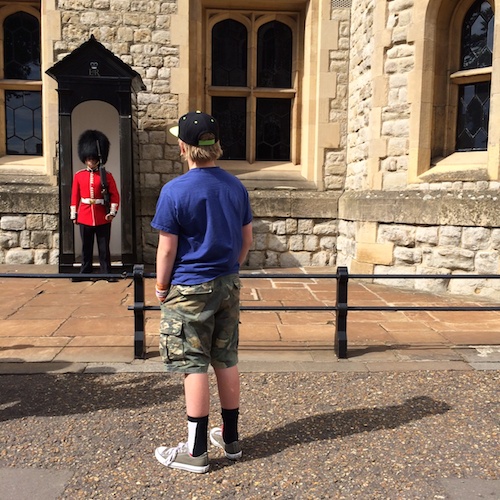 Ok so Dave and the boys are sleeping after a very long day. I am slightly neurotic about keeping my made-while-extremely-jet-lagged goal to write.  And with myself, I am also little disturbed. When I woke up this morning I thought, “what have I gotten myself into? Really? Beth, what were you thinking? You have no time for this and will anyone read? And do you want to share this with the world?” Nevertheless, if I do not write tonight I know my goal will quickly go down in flames. And thanks to Andrea, I know at least one person is ready. Thank you for stroking my vanity 😉

Again, forgive my lame and rushed editing.  I will be up front and say that this post is close to phoning it in. That said, I think or I hope you will get a gist of our day.

This morning I also thought, “if I am going to do this, I should take some notes.” Here they are.  We must check out of this hotel in the morning or I would write more.

Most harrowing part of the day: following Dave and the boys while riding rental bikes through London. Eli and I were almost hit by a bus twice. The second time I literally pushed Eli and his bike onto the curb so we both could get out of the path of the bus that was about to run us over. Ay-yi-yi!

Serendipitous part of the day: Running into my friend Robin on the streets of London.

Most comforting part of the day: lunch at the Kensington Whole Foods. The fresh beans were beyond the beyond.

My goals for today written down before we hit the road.

Notes written along the way.

PS Eli is currently sleep talking. Here is what he just said, “When we go to Hollister, we have to bring a flashlight and a mattress.” No, I did not make this up. Best end of the day, by the way.

This is a variation on a phrase that Eli has uttered while awake: “If you go to Hollister, you need to take a flashlight and a gas mask.”