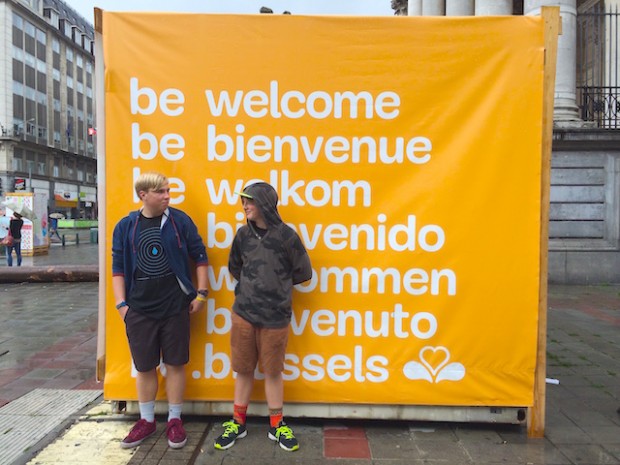 Words are hard to come by. I feel like my words may sound like a broken record in the story of our world.  I am sad. I am heartbroken to hear about another terrorist attack. I am devastated to hear about loss of life and injury. I feel terrible for everyone who has been disrupted by this unconscionable act.

…One year ago I remember walking through Southern France. In a small seaside shop in the town of Collioure, I saw a little sign, “Je suis Charlie.” I felt heartened. I wanted to capture that moment. I felt grateful that France was finding its way back.

It is interesting how we find our travel and how travel finds us.  A year ago we pulled the boys out of school for a semester, enrolled them in online school, and decided we should travel. At the time my mom was understandably worried when I told her I was planning to visit Paris. The Charlie Hebdo attacks had just happened and I got it. Instead of Paris, we opted for Rome, Barcelona and Southern France.  We have been to Europe three times since that trip. 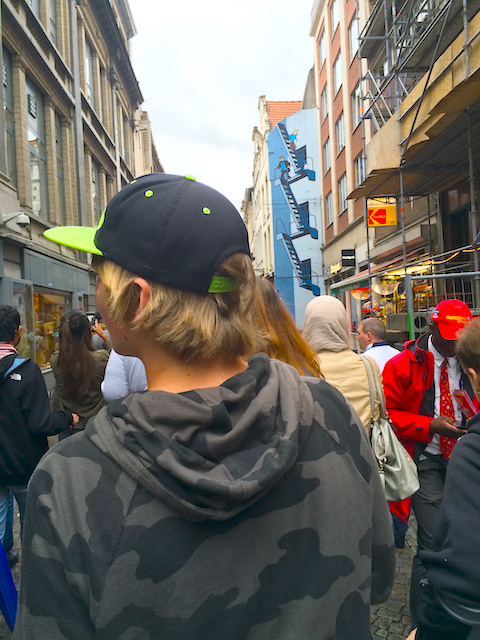 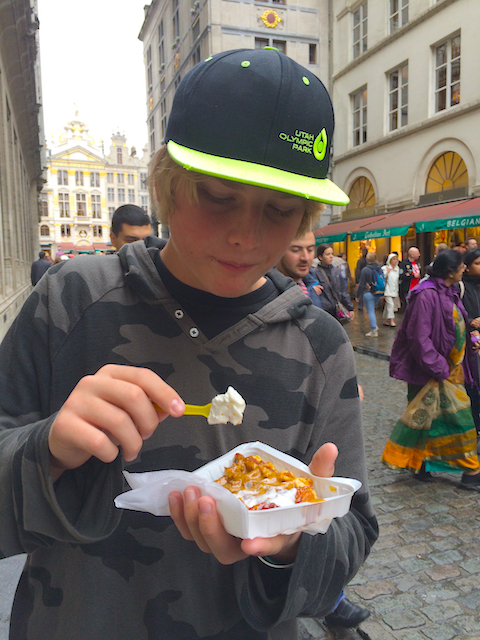 As fate would have it, we found our way to Paris five months later. Paris was better than I could imagine. The French people are kind (yes kind), strong and resolute. I also felt an odd comfort at the site of the occasional “Je Suis Charlie” sign.  My first site of the Eiffel Tower was magical and I still dream about the quiet little park we found in the city. A few times we would bring lunch there, find a bench, eat our crazy grocery store mix and people watch. At one point Dave dropped his iPhone and shattered his screen. He had to work so the boys and I found our way to the Apple Store next to the Louvre. I stood in a long, long line. When I showed the Apple guy Dave’s iPhone screen, once he connected that we were REALLY Americans, and not Germans or English (and therefore he couldn’t swap our phone for one of the ones they had in stock), he gave me a very compassionate eye roll and told me (in a very nice French way) that we were boned. 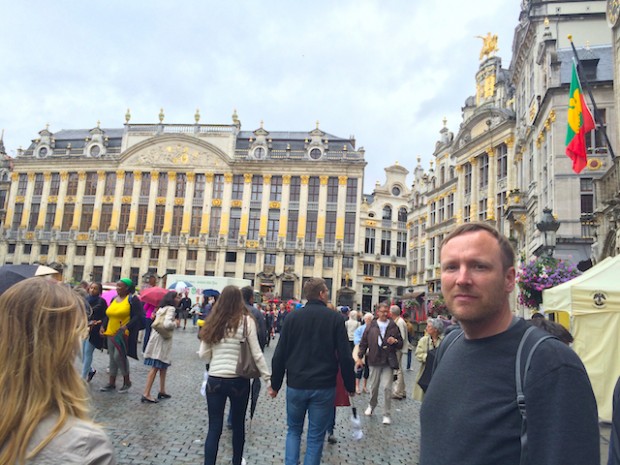 Our journey to Paris actually began in London. After a few crazy fun London days, we took the Chunnel to Paris, where we met up with Dave. After a few days in Paris the four of us hopped on a train to Antwerp, Belgium with a stopover in Brussels. I will be honest. We spent more time in Bruges and Antwerp than we did in Brussels. Antwerp is also the place where I got the worst food poisoning of my adult existence, which led me to my terrible Amsterdam experience: three days of not-stop puking. 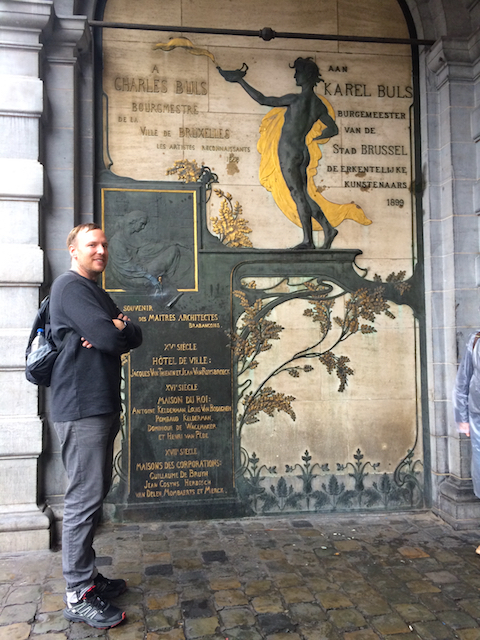 My first impression of Brussels was also terrible.  We arrived at the Brussels train station. It was cold and rainy. People were peeing in the street. In fact I think people in the area of the train station pee in the streets so so often that Brussels caved and set up an outdoor open urinal system sort of akin to a giant plastic hand washing station. I only wish I had a picture. As we left the Brussels train station for downtown Brussels, we realized that we had no idea where to go. We walked back and forth when I finally suggested we ask someone. So we walked across the street and into a little restaurant. The man did not speak English or German or French. I want to say the shops next to his and his included were vaguely Arabic, but I am not sure. I showed him the map and pointed to where I wanted to go. He kindly directed us toward the downtown area. His shop, along with all the other shops next to his, were also mostly empty. I felt guilty not buying anything. 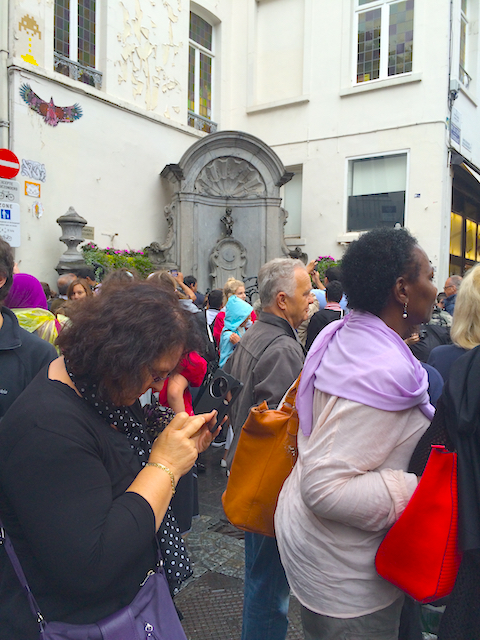 We left and found our way to historic Brussels.  Please know that I am not saying this next part to jump on the bandwagon of today’s sad news. I am saying it because it is true. Here is where I try to make a connection by telling you what a trashy, unkempt hole Athens appears to be. And like my lovely Finish friend, Marika, kept promising:

“Belba (because that is what she calls me), within this trashy hole there is magic.” (She is right, by the way).

As we walk along dirty, trash-filled streets, littered with abandoned cars and structures, Dave keeps repeating the following phrase (or close to it):

“Once you get out of the historical section, most European cities are like this (“this” meaning trashy, dismal, and 1970’s broken-down-dystopia-like).” 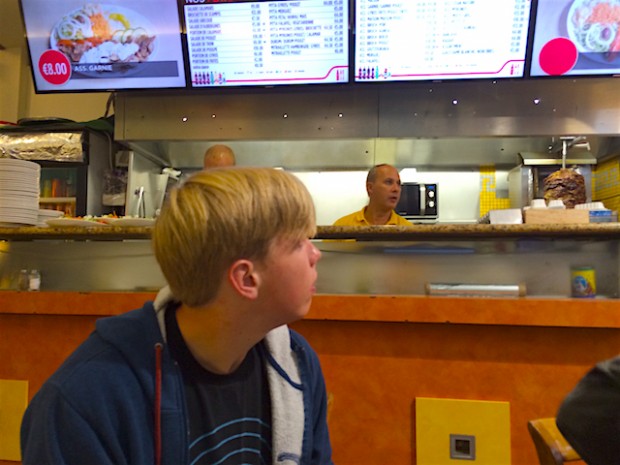 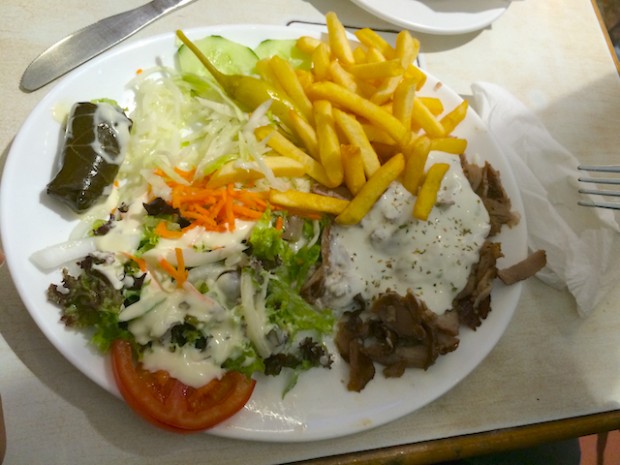 Dave is correct and actually Athens has been the worst city so far. Back to Brussels. It was was not much different. The area around the train station felt heartbroken and discarded.  Yet, like Dave promised (get to the historical center), Brussels also holds the magic. He was right. The closer we walked to the center of town (which really did not take long), the more inviting Brussels became. The energy changed. The cold, dark, rainy air lifted. Graffiti morphed into beautiful wall art, art depicting favorite comics like the Smurfs, Tin-Tin and Asterix. 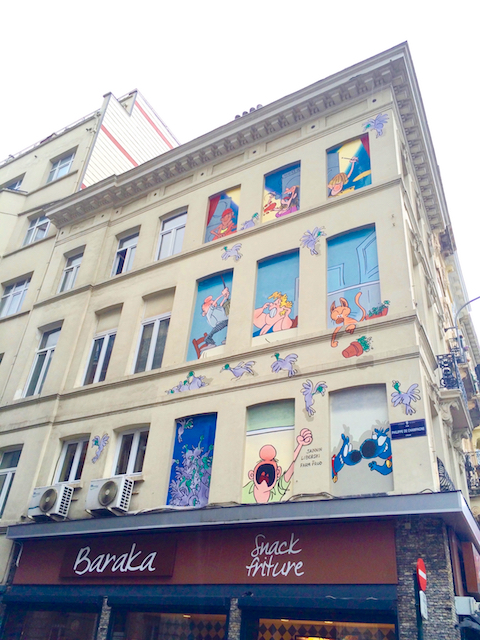 Like I mentioned, we spent more time in Bruges and Antwerp. And even though Bruges is literally out of a movie and Antwerp is the diamond capital or whatever, the people in Brussels were friendly and inviting. Dave is right. Brussels is cool, put together and effective. We loved the food. The boys could not get enough of the 1 Euro waffles. We were tired from traveling and cold from walking in the rain. A very nice Greek man welcomed us into his restaurant. Sure, hailing us over is part of their schtick. It didn’t matter. They treated us well. Talked to us and made us feel safe in a town we were only passing through. I remember sitting at this man’s restaurant asking Dave why there were so many Greeks in Brussels. We talked about the poor Greek economy and we talked about established systems and that these immigrants were finding a better way here in Brussels. 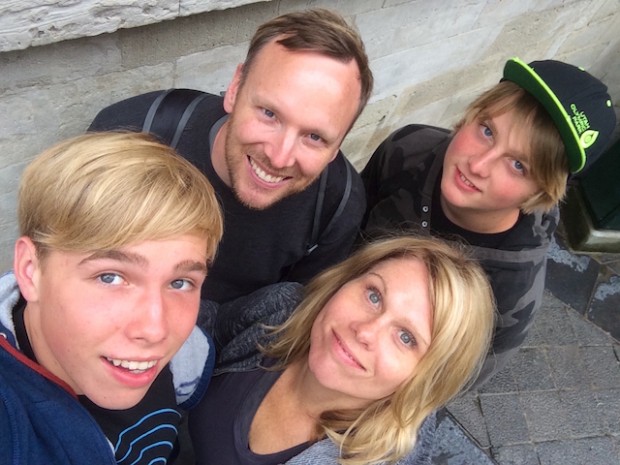 A few days ago (while in Athens) I was commenting on how much I loved the Greek Food in Brussels. I said,

“those Greeks were so much happier about serving their food there.”

“It is more prosperous in Brussels. I’d bet that a popular Greek restaurant in Brussels provides them with a comfortable income and they get to live in a country with more effective institutions.” 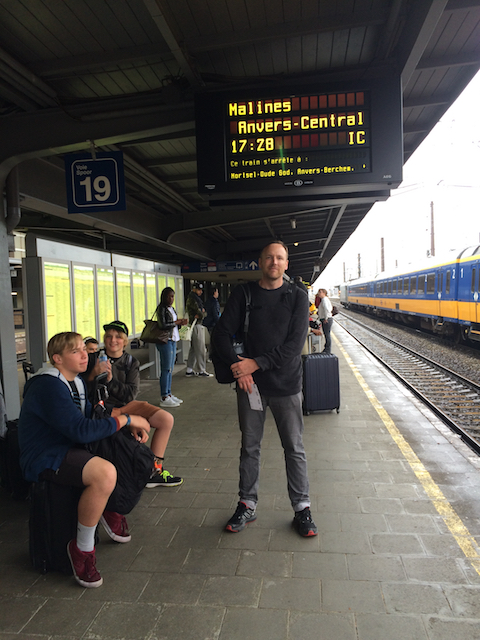 Between that trip and this trip, another terrible terrorist attack took place in Paris.

Now we are in Greece thinking about Brussels. I am really sad. This is our last day in Athens. We spent our day walking through the city, finding our way to the temple of Zeus, ignoring selfie-stick-sellers, inserting ourselves into traffic (the Greek way, as you have to be a little aggressive or you’ll never get across the street), admiring the graffiti, eating Gyros and potatoes, moving hotels and buying more water.  I have been reading Facebook posts about Brussels.  I was especially touched by one friend who was born in Brussels. I hope he doesn’t mind me sharing his words here:

“So …. I was born in Belgium … I’ve always had this ‘thing’ with my daughters that whenever they mention Belgium … Usually ordering waffles I yell Belgium loudly … Sometimes they embrace it and laugh and sometimes in the middle of a restaurant they cringe with embarrassment. Today I yell BELGIUM at the top of my lungs for everyone to hear. BELGIUM!! Tout mon amour a mes freses et soeurs de Belgique.” 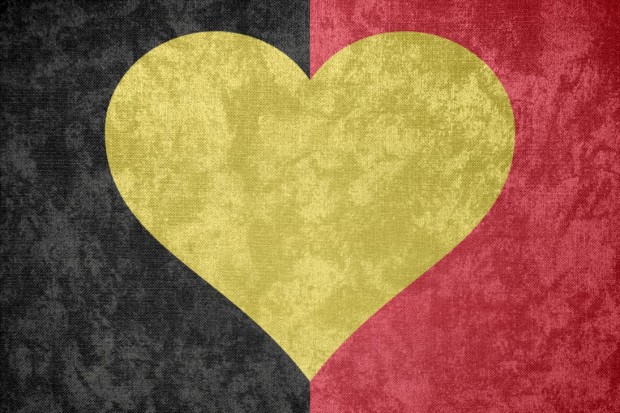 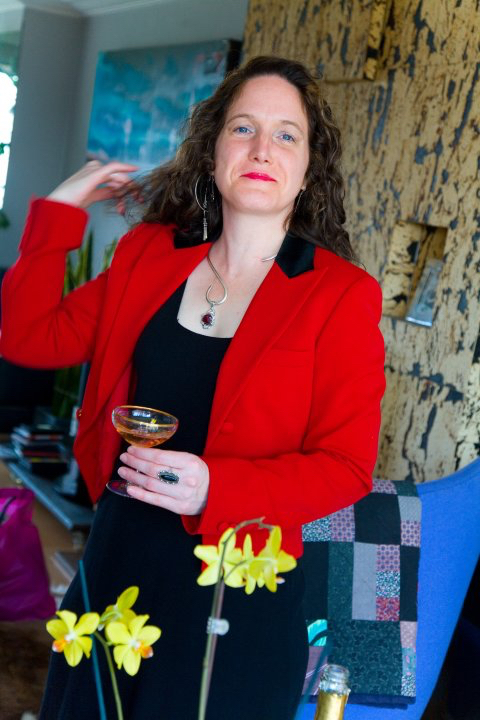 Holly in Belgium. Thank you for letting me post this very cool picture!

Another friend posted a picture of herself in Brussels in colors representing the Belgium flag. I love how she points out how the photographer specifically arranged this photo. See, the colors she was wearing and the flowers in front of her reflect the Belgium flag. I feel oddly connected to the Brussels tragedy because Mormon missionaries from Utah were injured. I wonder if anyone else feels the same. Several friends are traveling in Europe right now. I was glad to hear one made it safely to Turkey and the other was safely on a plane back to the US from Paris with her daughter and husband. Other friends contacted us to see if we were ok. Selfishly I was grateful they checked in.

Of course we are aware that France, the United States and Belgium are not the only ones who suffer terrorism, tragedy, economic devastation or are fleeing a terrorist regime. As we travel it is beyond clear that people are struggling, suffering, in over their heads, fleeing and simply trying to find a better way of life. It has not gone missed on Dave, the boys and I that our world is not a pretty, well-kept historical village. I wish it were. In this moment I want to turn my thoughts, prayers and love towards Belgium.Life is hard! In all the moments, please know we always lean our love and hope to all those who are suffering and trying to make it better. 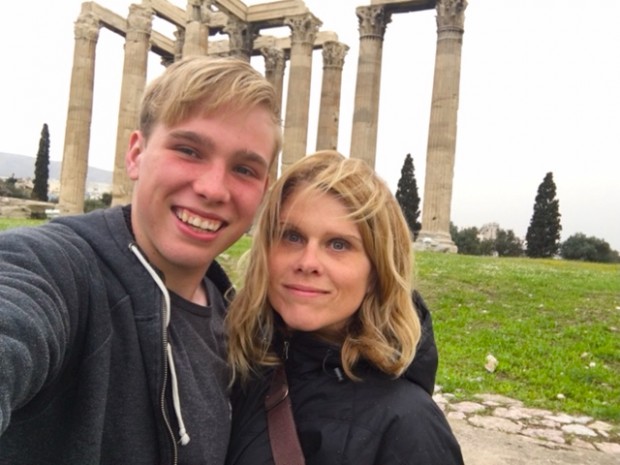 Kyle and I, Temple of Zeus, Athens, Greece 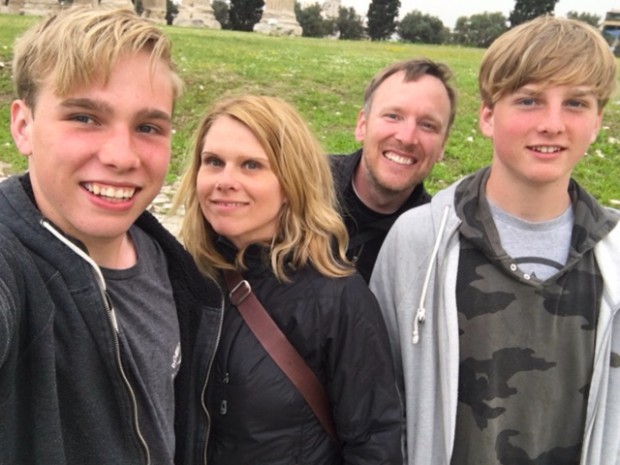 Us. The Temple of Zeus, Athens, Greece