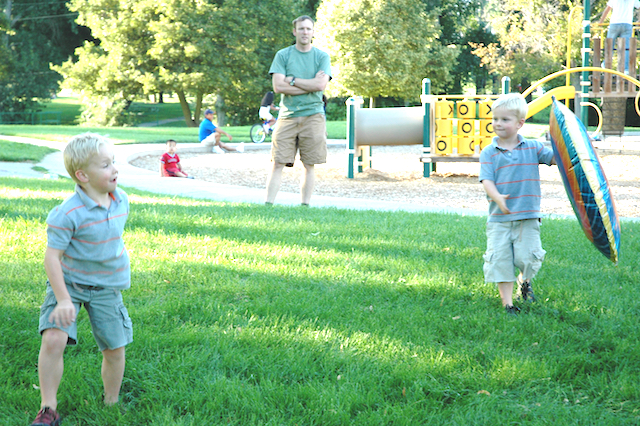 A little over ten years ago I blogged daily.  With an an average of 20,000 daily readers, I was on my way to becoming a well known public voice.  I loved it. In truth, I have always written. Sometimes my writing is sloppy and less polished and other times extensively edited. Regardless, I need to get my words out — always. I journaled as a young girl.  I spent hours talking and processing and eventually pouring those thoughts onto the page. In high school, I sought out creative writing classes.

“Write out the garbage.”  My teacher, Roman Borgerding, would say, and followed with, “then you will find the beauty.” 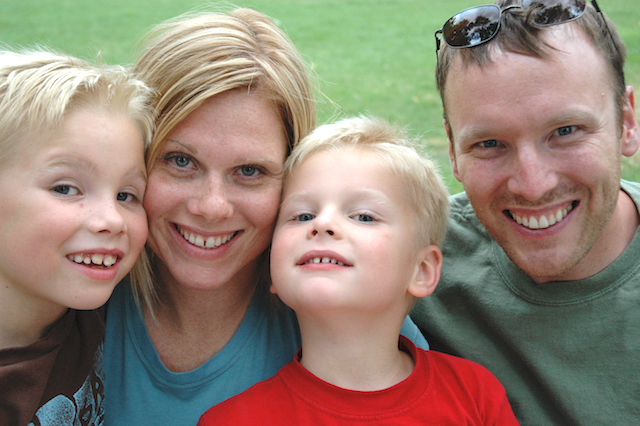 In college I majored in English, where deconstructing and analyzing poetry and prose was my jam.  In fact, I found that I am oddly great at deconstructing poetry.  Seriously. I was a little shocked as well. And when I went back to college years later, I eagerly and painfully embraced literary critical theory. At first I thought deconstructing Jane Austen, Ngugi Wa Thiong’o, or Elizabeth Barrett Browning was an extremely self-indulgent endeavor. How can literature change the world? I wondered. Of course my assessment was wrong. Because I am stubborn, it took me a minute to correlate that Jane Austen wrote a template for understanding social class, which I would argue we all try to navigate and make sense of. Ngugi Wa Thiong’o addresses language in how it affects culture, even making some cultures go extinct. Elizabeth Barrett Browning’s poem, “The Runaway Slave Girl at Pilgrim’s Point,”  the concept of sacrifice, articulating what a mother will do to protect their child. The more I read, wrote, analyzed and deconstructed, the more I saw myself in their words. It was exhilarating and painful. Nevertheless, because I am addicted to the human narrative, I did my senior seminar in memoir writing, which I thought would lead me into perhaps writing a self-indulgent memoir. Nope. Instead, I connected. And through connection, I learned that good stories happen when people allow themselves to be vulnerable. In Joan Didion’s “The Year of Magical Thinking” it was her ability to connect and to show courage when her only daughter died. Her vulnerability was beautiful. Those were the words I wanted to write. She gave me a template for making the uncomfortable beautiful, relatable and clear. Further, then I learned to break down these personal stories and push back with my own. It was invigorating. 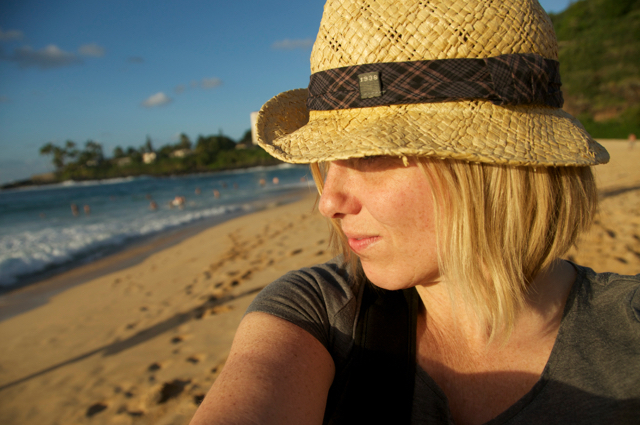 Me on the North Shore of Oahu, January, 2014 right before I started classes back at BYU (that’s another awesome story)

Tonight I found one of the first papers I wrote when I returned to school a few years after I took CrazyUs.com offline. The paper is on Ted Hughes’s poem, “Daffodils,” a response to his wife Sylvia Plath’s suicide. Here is first paragraph of my paper:

“As I considered the compilation, “Birthday Letters,” which was released in October, 1998, months before Ted Hughes’ death. As I read the poem, I was also distracted by the noise, and found it easy to get lost in the salacious biographical details of Ted Hughes’ and Sylvia Plath’s life. Instead of doing a close reading of the poem, “Daffodils,” I found it hard not to psychoanalyze the doomed couple, which admittedly made the poet’s literary voice challenging to hear. Whether it is Hughes’ own confused and complicated internal voice creating the noise, or the fascinating biographical details, I would move beyond the critics and argue that a solid literary voice exists, and because the voice is a messy grey, not a solid black and white, it is no less real. I will show that these very details when embraced enable a concrete, informed, and close textual reading of Hughes’ complicated love poem, “Daffodils.’” 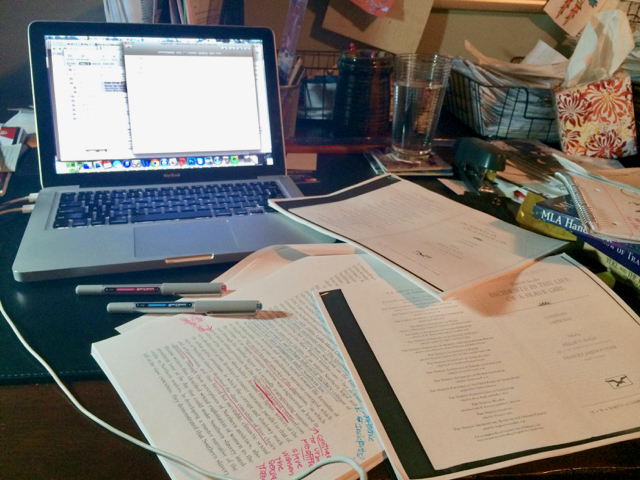 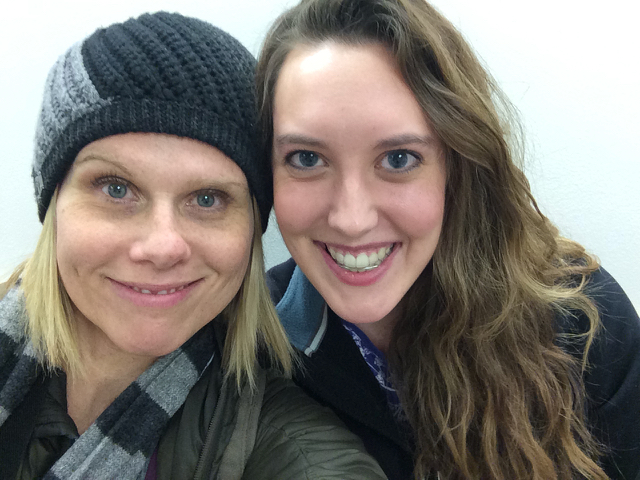 Me on BYU Campus with one of my favorite college buddies, the beautiful, Maddie, Provo, Utah

Yes. Messy and grey. That is one-hundred million percent me. You know what is funny? It never occurred to me at the time that going to back to school and writing all those papers was in fact a search for my own voice. In fact the title of my paper is,

“Ted Hughes, “Daffodils:” Is the Poet’s Voice Lost in The Noise?”

And I would argue that the title of my life could be the same: “Beth Rodgers Adams, “CrazyUs.com:” Is the Blogger’s Voice in Lost in The Noise?”

And since August, 2006 (and really since way before that), I have been trying to be a tree instead of the wind. That being said, do not underestimate the power of the wind. 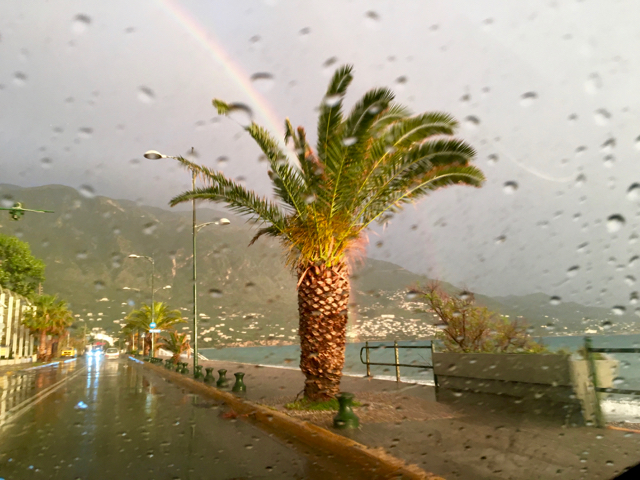 Us driving through Kalamata, Greece, March, 2016

So here it is: Back in 2006, Dave and I were also in the throes of parenting two extremely entertaining and active little boys. Whether it was telling the world how a two and and a half year old Eli could not go to bed until he told us a joke first, or how a three and a half year old Kyle found a screwdriver and unlocked our bedroom door while yes, Dave and I were having mommy and daddy time [wink, wink]. Children are excellent at giving their parents plenty of material, and Kyle and Eli were no different. And really, whatever the story was, in the early to mid 2000s, I could not wait to tell my internet friends about my new highs and lows, including, but not limited to adventure, heartbreak or hilarious crisis. I love human connections and sharing my life experience online was another most valued outlet.

On an emotional level, I loved seeing my words reflected back through the very personal and insightful experiences others were willing to share. Our online conversations lifted me through the day. The online communities we were creating were a natural progression of in-person relationships. And I was experiencing these connections from my kitchen table. Looking back, those relationships and online communities grew faster than the speed of sound travels. We, the early blog adopters, were navigating and creating a new language and space of our own. It was crazy, terrifying, uncertain and exhilarating. 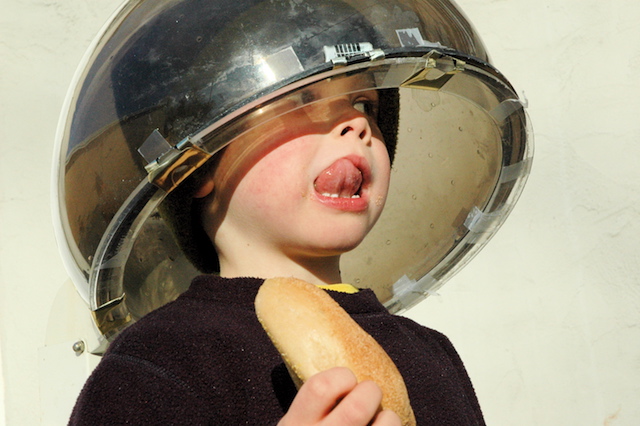 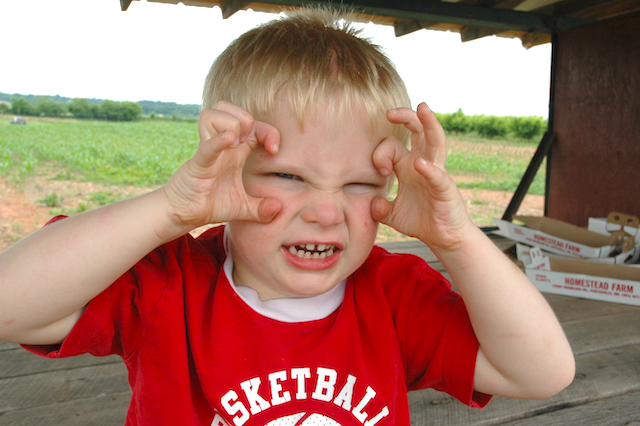 Because the word, “blog,” was still in beta in our collective consciousness, when people asked what I did for a living, I would unsteadily answer,

When they pushed further, I would say,

“I have a blog,” which would inevitably be followed by their long eye roll and my self doubt.

I would try to authorize my space by sharing my credentials such as how Dave and I met in our high tech internet careers. I would always follow with the fact that and even had a blog for our wedding. And, 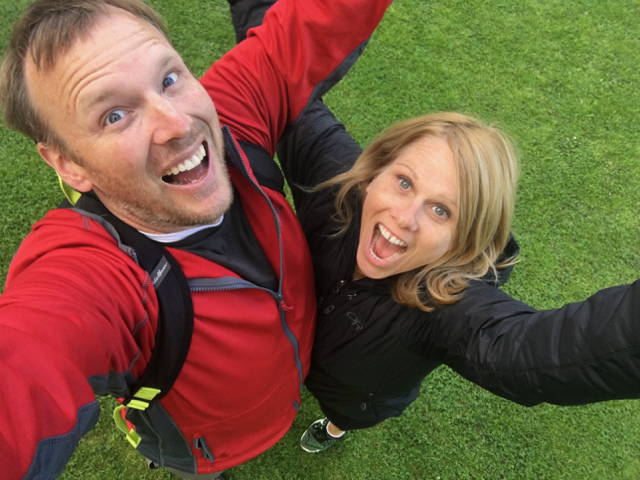 In August 2006, I took my blog down. I went completely dark and walked away from a space I worked very hard to stand in.

There is no other reason than this: I took my blog down because I was afraid. 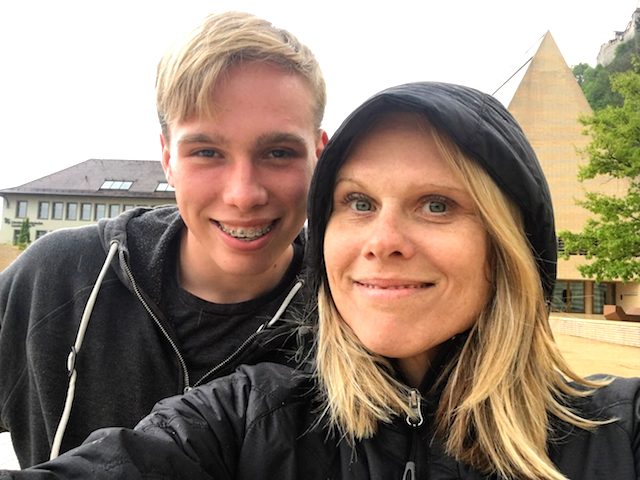 It took me a long time to see that I did not feel worthy of that space. I did not feel like I earned it. I felt shame. I felt less than. I believed I was unworthy. It took me an even longer time to see that I was not allowing myself to be vulnerable. Sure, I had no problem sharing my stories online. I could talk about other moms and how much they suck. With great and specific detail, I could talk about the bad and sad things that were happening around me. What I could not do is be vulnerable. Simply put, I was terrified committing to the uncomfortable and of standing in my truth. As a result, I felt shame. As a result, I will never know what could have happened. Most of my friends who blogged at the time did make some money and did find careers that were birthed via their blogs. Me, well, I was afraid and I walked away.

Forgiveness and healing took me really far. Standing in my own space was a great push. Ultimately, I truly believe vulnerability is the piece I was missing. I am ten years late, but I am here and I am standing. I am willing to invest and I am committed to sitting in this space, even when it is less than awesome, or no one is here. I reject the wind and will be the tree. I will even try to throw in some courage, authenticity, but mostly I really miss connecting in a space I helped create, and for that, I am sorry.

I am sorry I ran away. 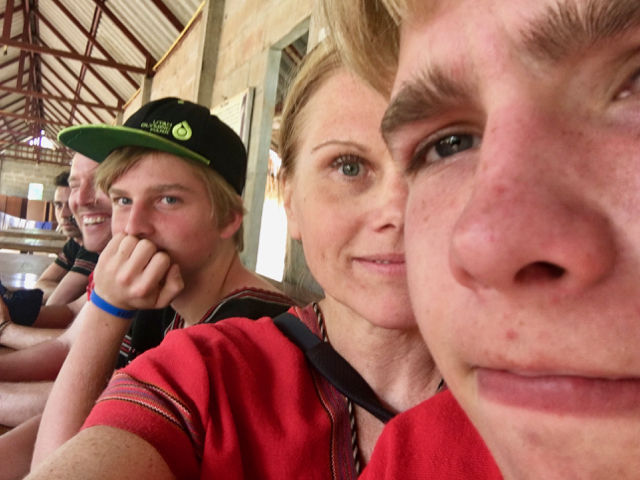 Remember how we picked the daffodils?
Nobody else remembers, but I remember.
Your daughter came with her armfuls, eager and happy,
Helping the harvest. She has forgotten.
She cannot even remember you. And we sold them.
It sounds like sacrilege, but we sold them.
Were we so poor? Old Stoneman, the grocer,
Boss-eyed, his blood-pressure purpling to beetroot
(It was his last chance,
He would die in the same great freeze as you) ,
He persuaded us. Every Spring
He always bought them, sevenpence a dozen,
‘A custom of the house’.

Besides, we still weren’t sure we wanted to own
Anything. Mainly we were hungry
To convert everything to profit.
Still nomads-still strangers
To our whole possession. The daffodils
Were incidental gilding of the deeds,
Treasure trove. They simply came,
And they kept on coming.
As if not from the sod but falling from heaven.
Our lives were still a raid on our own good luck.
We knew we’d live forever. We had not learned
What a fleeting glance of the everlasting
Daffodils are. Never identified
The nuptial flight of the rarest epherma-
Our own days!
We thought they were a windfall.
Never guessed they were a last blessing.
So we sold them. We worked at selling them
As if employed on somebody else’s
Flower-farm. You bent at it
In the rain of that April-your last April.
We bent there together, among the soft shrieks
Of their jostled stems, the wet shocks shaken
Of their girlish dance-frocks-
Fresh-opened dragonflies, wet and flimsy,
Opened too early.

We piled their frailty lights on a carpenter’s bench,
Distributed leaves among the dozens-
Buckling blade-leaves, limber, groping for air, zinc-silvered-
Propped their raw butts in bucket water,
Their oval, meaty butts,
And sold them, sevenpence a bunch-

Wind-wounds, spasms from the dark earth,
With their odourless metals,
A flamy purification of the deep grave’s stony cold
As if ice had a breath-

We sold them, to wither.
The crop thickened faster than we could thin it.
Finally, we were overwhelmed
And we lost our wedding-present scissors.

Every March since they have lifted again
Out of the same bulbs, the same
Baby-cries from the thaw,
Ballerinas too early for music, shiverers
In the draughty wings of the year.
On that same groundswell of memory, fluttering
They return to forget you stooping there
Behind the rainy curtains of a dark April,
Snipping their stems.

But somewhere your scissors remember. Wherever they are.
Here somewhere, blades wide open,
April by April
Sinking deeper
Through the sod-an anchor, a cross of rust.

The poem is to Sylvia, about cutting and selling flowers in spring with their daughter, who no longer remembers her mother. The collection broke a 35 year silence on Hughes’ part. It is a response to Wordsworth’s daffodils as well – the kinds of memories the flowers conjure here are less those of solace than treasured, fragile moments. The scissors form a beautiful image of violence and vulnerability.”