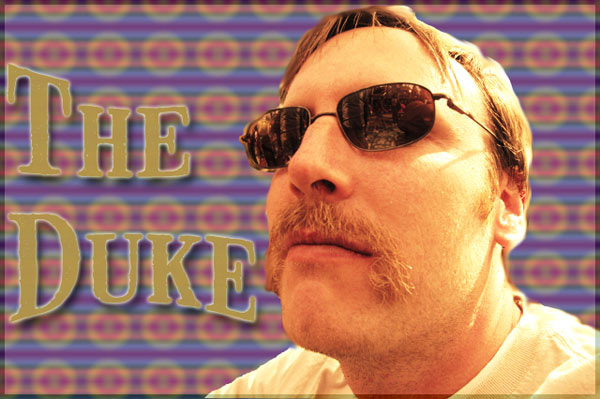 Right before our trip Dave decided to shave his winter beard. (He grew a voluminous man-beard over the cold months to protect his face while working on the house.) Thank goodness for warm weather. While shaving, he paused and decided to leave me a little surprise, (which some of you have already noticed). That’s right. The little surprise he left me was his new super-sized, Marlboro-Man-styled mustache. Of course, there were many moments this past week that I thought my husband had been replaced by Jason Lee (My Name is Earl), which may not be such a bad thing. 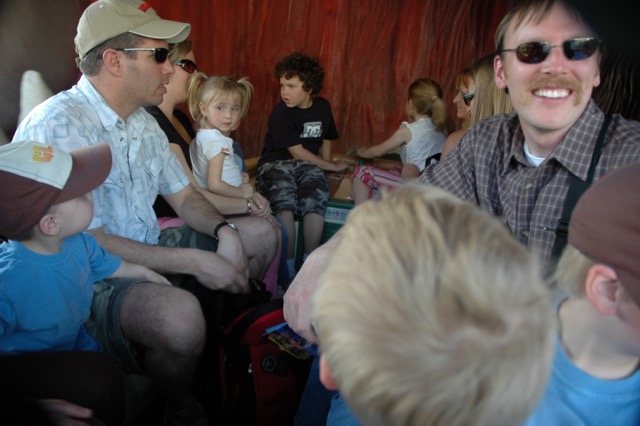 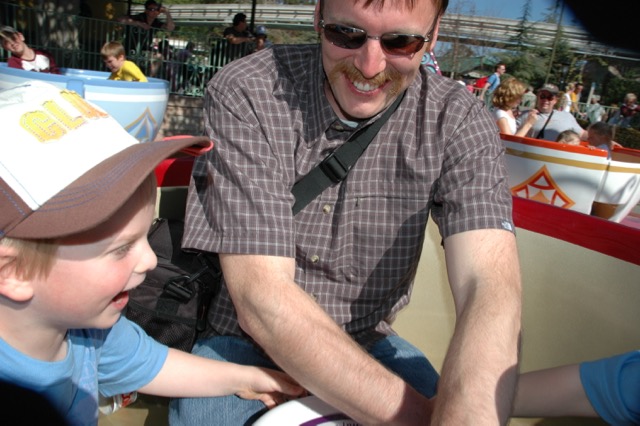 The Duke on the Teacups. Disneyland, Anaheim, California

On that plane ride, and maybe because Wilmer Valderrama was sitting kitty corner from me (yes, this is a teaser for my Wilmer story), I decided to embrace THE DUKE, and so I did.

Sadly, last night Dave pulled out his razor and shaved that hairy Muppet off of his face. THE DUKE is no more. May we all keep him in our memories.