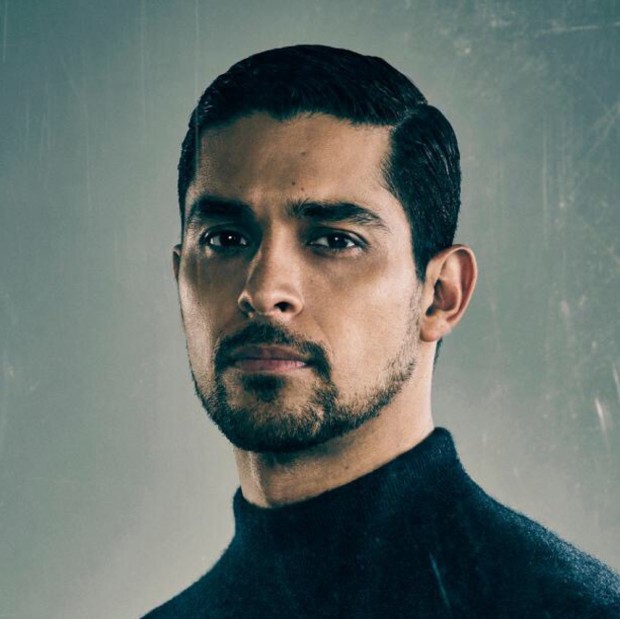 Because we all know where this story ends, I think that is where I will start.

There I was sitting on my Southwest Airlines flight.

Wait, before I go any further, may I just say that if you ever ever fly Southwest Airlines, I pray that Alexis the long-haired wonder is not your flight attendant.

Anyway, so I am sitting on the plane and Wilmer Valderrama is sitting directly kitty-corner from me, on the aisle.

“Well, everyone sits in coach on Southwest. You know, its that whole Cattle Call, get your number and then race for your seat, deal. He must be in a low budget film if he is flying on this plane.” Dave concluded.

With a script in hand and wearing his cool celebrity sunglasses, Wilmer was ready for take-off. And then I then I felt a little said. You see, if we really had played our cards right, Wilmer would be sitting by Dave. Moments earlier Wilmer walked on the plane just after Kyle moved to my row, opening up the two seats next to Dave. Alan spotted Wilmer at just that moment and said,

“Hey, these seats just opened up, you could sit here.”

Snubbing Alan, (most likely due to the sight of the several children sitting all around Dave) Wilmer moved on.

Of course I had my camera. I even snapped a few pictures of Eli, but could I really take a picture of Wilmer sitting there, all crammed in like the rest of us?

I decided to do the same thing I did while sitting with the Gaughrean-Perezes in the Foundry Grill at Sundance Resort. In one crazy and unexpected moment in time, Glenn Close and Robert Redford walked by our table. In fact, Robert stood next to us for several minutes, talking to the people seated at the other table. We wanted to take his picture. Tracey begged. Instead, mean person that I am, I sacrificed my friend’s bliss and demurred to the fact that this was Bob’s (because that is what people call him there) space and probably wouldn’t be cool. With Wilmer, I felt the same. This was his space and Alexis (our crazed flight attendant) might beat me.

With the boys situated and with our safe take-off, I thought about how it started. It all really began a day earlier. I was on my way downtown and decided to stop at the city library, because it opens an hour earlier than the library that is closer to our house. When I turned off of 4th South to find parking, I noticed several large trucks. Then I noticed all the cones and then I noticed all the tape, blocking off all the parking. 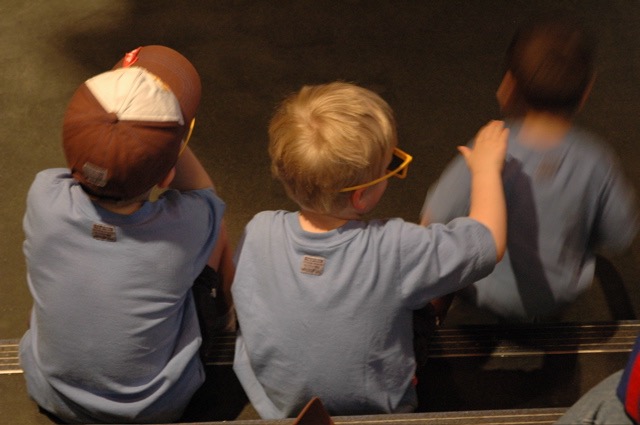 I actually said these words out loud. I drove around the block and made my way to the underground parking. As I pulled in, I noticed the big yellow sign.

I had to to get some books on c.d. for our trip, and my time was running out, so I ignored the sign and pulled in to the parking lot. At the get-your-ticket-buzzer-thing I was met by a security guard, who asked me.

[he smiled, winked and adjusted his belt like he is doing me a favor] “Well, why don’t you park over there. We’ll just say you are an extra.”

At the library entrance, the windows were frosted to look like winter and the the doors were plastered with instructions for passers by and the film crew. It completely looked like a place where I was not supposed to be. I did not have time to go to the other library and went in. The usually bright and open hallway was cluttered with gear and people with a sense of importance. I returned our books, got seven new books on c.d. and then I had to ask a librarian what was up.

“They didn’t tell you you couldn’t come in, did they?”

“Well, not exactly, but they did lead me to believe that I shouldn’t be here.”

[angrily] “They made a deal with us. They said they wouldn’t turn anyone away and that the library would function as usual.”

She ended our exchange and rushed to a phone. BUSTED!

As I left the library, somehow through my stealthy eavesdropping techniques, I knew I was standing near the director (or at least someone very important). This person began giving someone else instructions about Wilmer.

The only Wilmer I could think of was that dude from That 70’s Show. I looked around and didn’t see anyone I recognized, not even Wilmer.

I put Wilmer out of my head and got us ready for our trip. We made it to the airport. It was around 6 AM. Dave was dealing with some red tape at check-in (because some other David Adams is on the terrorist watch list) while Kyle and I were parking our car and Alan was parking his, Kat’s and Zeke’s. We followed Alan to long term parking and while we were trying to decide which jacket I should bring along, our shuttle pulled up.

We made it to ticketing, but from the minute that Dave and Kat checked their luggage to the moment we arrived, the security line had more than quadrupled in size. Dave and Kat were already waiting for us at the gate and we had twenty minutes before our plane took off. I left the line and walked up to the front. I approached a line attendant and told him our dilemma. He suggested we quietly come back and get in his special line.

I discreetly asked Kyle and Alan to follow me. As we were taking our shoes off and unloading our laptops, I saw this man, wearing dark sunglasses, surrounded by security guards. Seconds later, he was now butting in front of me in line. It was Wilmer Valderrama.

“Ah, so it was Wilmer they were talking about at the library yesterday.” I said.

I might just think that running into Wilmer at the airport security line after hearing his name a day earlier was serendipitous or something? Maybe?

Wackier yet, how could I have known, as we stood there in the security line, that twenty minutes later Wilmer would be sitting kitty-corner from me, in coach, no less?