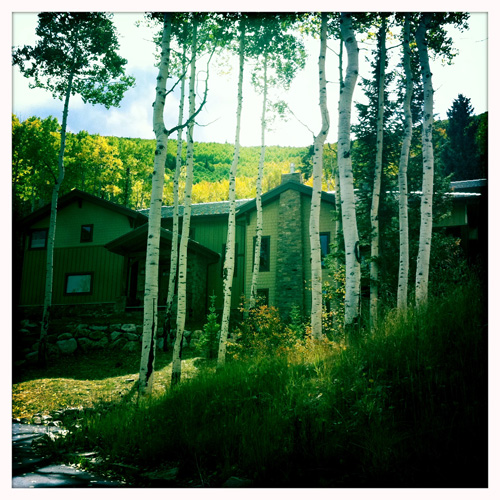 Since the time I left Blogher and we sold our Salt Lake City house and moved to Park City, Utah, a lot has happened.  It would be impossible to give you the full run down here and now, especially considering this is a small piece which is part of  a larger post.  I will also promise that this Part 2 of my “I’m an Idiot,” post will sound very much like a holiday letter. Forgive me now.

To give you a little five-year-time-lapse flavor, here is what I can say. Since leaving the blog arena and while taking our young sons to people-watch during the Sundance Film Festival January 2007 on Park City Main Street, a crowd of Sundance Goers pushed Eli into oncoming traffic on Park City’s Main Street trying to take camera phone pictures of Sean “P. Diddy” Combs. (He  was standing right next to us, yet he wasn’t even in a movie that year! [insert shakes fists] oh Sean John why couldn’t you say something?)  I attended a Hillary Clinton fundraiser, where I was supposed to meet Bill Clinton. Instead, my friend Alan Dayton and I were locked in the basement of this fabulous mansion (movie producer’s home) and had to hop the exterior wall to escape.  That is a whole other story and a really good story at that.   Obama became president. The first iPhone came out, an iPhone that hilariously the residents at DC Children’s Hospital were much more interested in than my son who had just been bitten by a copperhead snake; and then Steve Jobs died.

I have had at least ten more miscarriages. The worst one was literally while standing in our friend’s camper one cold, rainy morning in Capital Reef National Park and continued at a truck stop bathroom on our drive home. Fertility will always be my puzzle to solve and as of yet, I am no closer to figuring things out.

Of course you know or would have to be living under a rock that there was a very large March 2011 earthquake in Japan. What you probably do not know is that terrible earthquake was just a week after Dave was in Singapore (he had a stopover in Japan both ways). 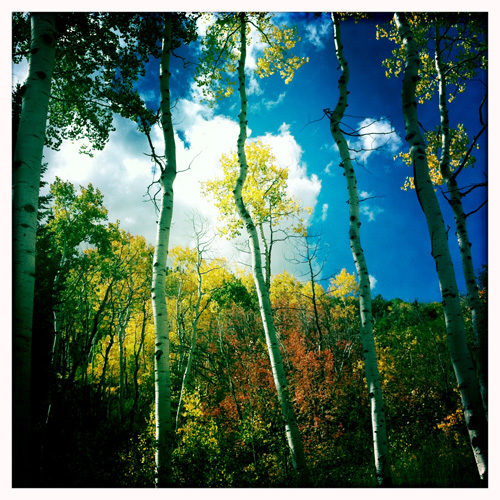 We continue to travel and I continue to fantasize about where I will travel next. We continue our Southern Utah love and have visited there more than I can count. I flew to Europe for the very first and then the very second time.  I stood at the base of Mont Blanc and spent the night with Dave biking the streets of London  — breathtaking and fabulous! I have now been to almost all of the Hawaiian Islands, Kauai three times. I saw Maine for the first time and Mexico for the second.  There was 2008 – 09 where we decided to buy a Disneyland Season Pass, which of course meant we had to go to Southern  Cailfornia a lot!  And somehow, even without a Disneyland pass, we happily made it to Washington DC a lot too.  San Francisco made it into our travel plans and we visited the spectacular Alcatraz Island and run into the amazing ladies we met in Hawaii. What a crazy awesome world this is!  Dave and I travled Sante Fe & Taos, NM for our ten year anniversary followed by Portland, OR for eleventh. Driving from Park City, UT – Minneapolis, MN in the summer of 2010 has to be one of my favorites: Pregnant Meth Addicts in Nebraska, the Black Hills, The Deadwood Cemetery, Wall Drug, Lake Harriet, and going home. Minnesota, I love you (no matter what Kim Kardashian says)!

Four years ago I broke my nose and it is still giving me grief and then I  broke my foot.  I would be remiss to mention that Dave had ten stitches in his forehead somewhere in there. Dave is working at a very cool new job, well, a job he has had for two years. Eli tried and tried and tried and finally learned to ride a bike and now he is a most accomplished mountain biker.  This summer at his a crazy hippie art class, in a flash, he learned to crochet and make the most awesome beaded crochet jewelry. And just last spring Eli organized the most amazing Pogo Stick Routine for the school talent show. I have yet to meet a kid who pogos like Eli.

Kyle has had a very difficult time these past five years, health wise. He almost died and that does not include the time he was bitten by the snake. Thankfully I was not completely distracted with other issues so I could and continue to be there for him. It has been a hard, completely unexpected journey and we are beyond blessed to still have Kyle. Seriously, Thank God! My father-in-law went into Kidney failure in September 2006 and in December 2010 he finally succumbed to years of poor health. We miss you, Grandpa! My boys also learned to ride a horse, to ski like bad-ass Parkites should, and learned all about Dreamcatchers and talking sticks. Thank you Crazy, Earthy, Lovely Montessori School. Both boys have received nasty elbow injuries at the Dirt Jump Park and still want to go back. I think we can solely attribute their bike love to their dad. Living in Park City has been a gift for Dave. His skiing is amazing and he is mountain biking at least as well and probably better than he did in his twenties. Finally, we really did move into the house my lovely husband built, our Park City home. As I sit here today, Easy E is almost as tall as me and Kyle just started middle school, Ay-yi-yi! 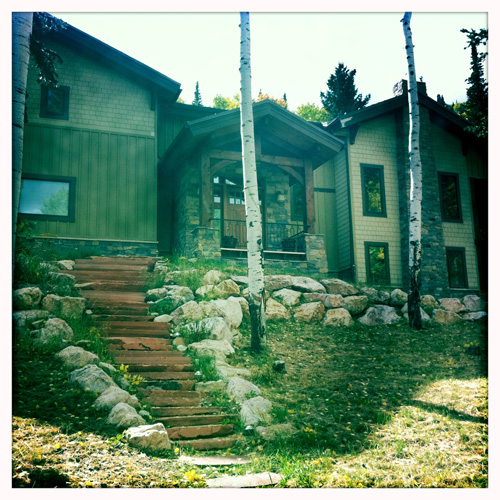 And because I happen to be writing this while sitting in a coffee shop, at this very moment a crazy dude is mumbling and reading over my shoulder. I just looked up at him and he finally walked away. I am having a hard time concentrating. He is looking at a picture above my head and telling the Barista about it. Focus Beth. Focus!

And then the final part: I’m an idiot Part 4: the summary

If you have missed part 1, take a look.