The idiocy of this post. Here is deal. When I decided I wanted to actively blog again, a well-known blogger told me the following:

“Beth, if you ever wanted to become something again, or even be excepted into the blogging community,  you owe your public an explanation. They need to know what happened between you and Dooce.”

The ridiculousness of it all, is that for some reason I feel like I  (owe you an explanation, that is). Hmmm. Still working on that.

Here is my first conundrum, and probably why I find blogging a most paralyzing situation. See, I have not been sure what to say or how to say it. Likewise, I feel weird sharing. I am also terrified of the backlash. I have experienced gas-lighting, and it ain’t fun.

That being said, it is true. For me, 2006 was horrific! My fertility was heartbreaking, my late miscarriage nearly ended me, and dealing with the rise of the mommy-blog-nation FREAKED me out.

Instead of pushing back, or holding my ground, I fell apart. I make no excuses. I am a real human being. Fertility hormones are crazy. Late miscarriages suck! Dealing with other mommies (in such a new and public way) was difficult (at best). Was it hard for you?

Many folks in the blog world understandably associate me (or long ago did [wink wink]) with Dooce and her wildly successful website, DOOCE DOT COM.  Of course they do. For a time, Dooce often chose to write about me and my family in a public format. That is it. In private-friendship world, I would not chose to air this story. BECAUSE this WAS NOT a private friendship, I feel compelled to address it publicly.  And because the world’s most famous and most successful mommy blogger chose to write about me, my husband and my sons, I feel obligated. Isn’t that weird? I think it is.

I also think that is why I am feeling the pressure now. Dooce can remove the posts about me from her website (has she?), and I can take my blog down (I did), YET those posts will always exist — somewhere.

I keep trying to wrap my head around it and to push myself through it.  I also realize that Dooce has written about many, many people.  I think it is her formula and it is brilliant — drama online (where she casts herself in the role of victim). Her relationship talk completely draws the reader in. I think at some point I ceased being a human to her and  simply became character in her online story. And for a time, she often wrote about her BFF, Beth of crazyus.com.  I was on display and I was not certain what to do with all of it, would you?

I hope you will cut me some slack.  I don’t think many people in the industry have. Yes, I benefited from the light Dooce cast on me, but I also have felt the dark and uncomfortable shadow of my association with her.  See, because she publicly wrote regularly about me, when Dooce had an opinion, my world assumed I thought the same.  Behind the scenes it was different.  I was always walking on eggshells, fearing that I would upset her. I always did. It was absolutely crazy. I have never had a friendship quite like this. I could do no right. It was creepy. I learned and felt her cold and unforgiving wrath: no one crosses dooce.

Oddly now and because she wrote about me, and because people still associate me with her,  I feel (and have been told) that I owe you an explanation. Do I? I am not sure. What I do know is that our relationship was prominent in a public forum, so maybe the public is where it needs to be worked out. Thoughts?

Of course my foray into blogging and dooce’s super world was strange. And by strange I mean exhilarating, fun, weird, and horrible. And yes, I liken this particular friendship to a low-rent form of Oprah talking publicly about her friend, Gayle. However, there is one big difference. When Oprah and Gayle fight, they seem to work it out. In contrast, Dooce and I had a falling out. The end. Then I took my blog down, and you never heard form me again.  Here is what I got out of it. A former neighbor of both mine and Heather’s told me this:

“Beth, Heather is telling everyone you up and moved to Park City because of her.”

First, I have no idea if his gossip was true, but it makes a great story, doesn’t it? Second, what the what? We were building a house for two years before I took my blog down. Ah, but third, the actual truth is not dramatic. And we mommy bloggers love the drama, don’t we? It is more compelling for people to hear that I ran and hid from dooce than my actual realty:  I moved and was sad because I had a late miscarriage. I chose to get myself healthy and took my blog down to focus on my dudes and to cope with my sorrow. Well, I would have been smart if I did run and hide, but that just isn’t true.

Likewise, after I moved,  I assume you never heard Heather talk about her BFF friend, Beth again.  But because she talked about me publicly before I took my blog down, and because people keep asking (publicly and privately), I keep feeling (like my blogger friend suggested) that I owe you something.

[insert soothing, gentle and peaceful chorus here] MY ANSWER: At this point I believe history has adjusted reality. I do not think any of this really matters, does it? In some ways it really doesn’t.

Then again…Wait. It kind of does. I, not, you, have suffered the extreme dark-side of Heather’s anger. As a result of falling on the wrong side of dooce, I have been shunned, ostracized, lost opportunities, called an embarrassment, someone who invaded her life, a kiss-ass trying to earn favor with dooce, blah, blah, blah. For instance, I love how common friends say that she and I are only friends because of blogging, omitted the long history Heather and I share. I am continually contacted regarding her. Recently I was told where she lives and asked if I could go and take pictures of her trash can. Another friend emailed me to lecture me on her divorce.  As far as I know, she refuses to make amends with anyone she gets angry at. In contrast and from my own experience, when you make amends, you have to look at yourself. I like to tell myself that she cannot look at herself because it would be too much. If she did make amends with all the bridges she burns, she may collapse, or better, may actually heal, forgive and realize that we can share the world together, that we are all cool, troubled and of value.  I have no idea, but perhaps thats the zone she thinks she needs to exist in for her success. It does make me sad. I really liked her way back when. I am a good and loyal friend. I was a good and loyal friend to her. It is too bad that stupid neighbors and stupid internet people perverted our relationship. It sucks that so many folks tried to use me to get close to her. It totally is lame that she can trust me for the person I am. Why can she write so openly and not give the rest of us the same platform? I never quite got it. I did not like she constantly telling me that she was convinced that I thought she was the bane of my existence. Sorry for using the word, “retarded,” here, but that is just retarded (very foolish or stupid). Really.

Moving forward, taking deep breaths, and oh thank God — I am glad I am here where I am now. I am grateful for what I have learned. I forgive myself for not getting it.Who did? Blogging was new. I never anticipated I would be walking in those particular shoes.I only wish I wasn’t such a pussy. I am learning to be better about standing up for myself instead of letting myself get caught up in the crazy.

Now I live in Park City. When we moved here I did not know a soul. It was terrifying and exciting. I did not have to talk about my blog so I didn’t.  Consequently, no one I see has any idea that I blogged or that I knew Dooce. People here care about skiing, raising an Olympian, money, age prevention and exercise. And if they do know who Dooce is, they do not know she was ever my friend. Here, I am known as Kyle and Eli’s mom, Dave’s wife. We are known as the family who built the green house next to Rob’s. We are the family that took our kids to Hippie Pre-School, and the crazy family who travels the world. These days the fact that Kyle nearly died and was bitten by a copperhead snake is what people in our offline world want to talk about.  Of course, it has been nice.

Here it is. If you want to read my stuff, I would love to have you. I am inconsistent. I no longer know dooce. I am certain she no longer wants to know me. Yes, we still have several close friends in common. And yes, I think it is bizarre. I would think by now that we could move past this. I have. I sent her a letter when Kyle was sick. I have sent good wishes her way. Namaste even to her. Seriously, I can’t give this situation any more power (if that makes sense).  And because I am an eternal optimist, I hope everything will once again be right in this world (yes, including a peaceful resolution with Heather). That being said and because I am getting way too old to believe in happy endings, know that I am not holding my breath.

PS I may keep rewriting this post until the end of time. I am ok with that. That was one crazy ass time of life! 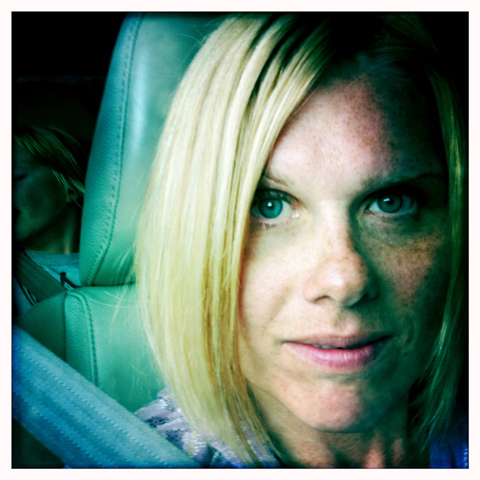