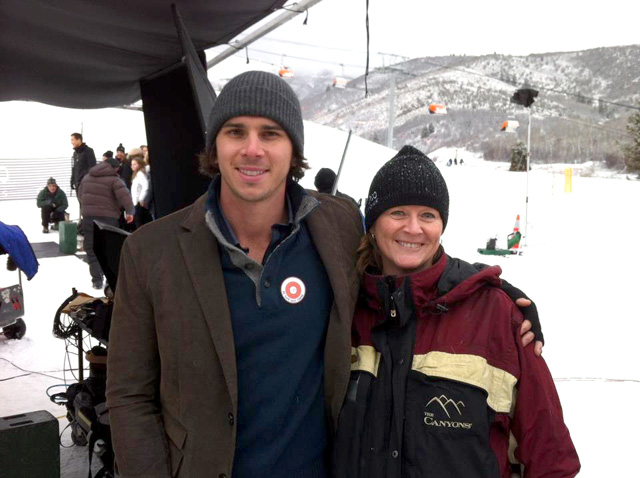 My friend Kathi and Bachelor Ben

I have not watched ABC’s The Bachelor at all this season. That being said, who am to say that I won’t. See, in those moments when I am drifting through the channels, if I land on The Bachelor, I promise you, I will stay on The Bachelor. I have completion issues. Even if I start watching an episode half way through, I will watch it to its end and if it is some delicious-Bachelory-reality television, I tell you now, I will finish the season. Bachelor Ben, there is still time.

This season, however, I really do not have to watch. See, early on The Bachelor came to town. Not only did it come to town, but the Bachelor People stayed at the hotel just down the street from me. Not only is it the hotel down the street, it is also the hotel where I have a gym membership. Celebrity sightings are a plenty. Hillary Swank nearly saw me naked in the Spa last year, for instance. No big deal, right? Right. We live in Park City, otherwise known is Little Hollywood. Ok, I have no idea if Park City has ever been referred to Little Hollywood. What I do know is that not only is Park City a major ski and vacation destination, it also hosts the Sundance Film Festival. And somehow over the years, Park City is a magnet for all sorts of Hollywood folk. As I type, the 2012 Sundance Film Festival is in full swing. Even before the festival blazed its way into town, celebrities of all different shapes and sizes were knocking at our door.

Just a week or two ago I was walking through Whole Foods with my Probiotic Drink and caramel rice cakes in hand, I noticed this dude. I would not have even noticed this dude except for the fact that he looked so spooked and slightly paranoid. His head was bobbing all over the place and because I like to consider myself overly observant, it also seemed like he was doing his best not to be noticed. He had drawn so much unwanted attention to himself that I thumbed my brain trying to figure out who this scruffy, North Face-Jacket-wearing dude was. I had a lot of time to study his features because through some electric act of synergy he was standing in line right behind me. When I was about to pay, Dave barreled his way through, nearly knocking the celebrity over, as he tossed a bag of bulk cashews on the counter. I will tell you, as those cashews thumped their way onto the counter, I swear the celebrity dude jumped three feet in the air. And in that celebrity-who-was-totally-freaked-out second, there it was. He was the dude from Dharma and Greg. 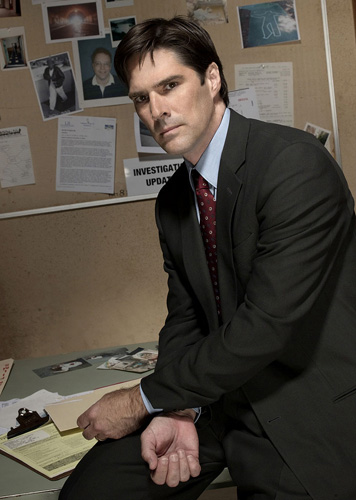 The Criminal Minds Dude I saw at Whole Foods

A Quick Aside: What I love about my husband Dave is his purposefulness. What I mean about purposefulness is that when he is focused on one thing (like giving me the cashews before I pay the cashier) he does not notice the other things. At Whole Foods, for instance, Dave would not have noticed the Criminal Minds dude let alone the fact that he almost knocked him over while throwing those cashews down. And then there was the time, when Dave and I were just married. It was a warm summer evening and we were at the Sundance Ski Resort to see a play. As we walked up the hill, in an act of defiance, I made a quick right and walked myself into Owl Bar. I order a Margarita, and as I drank it Dave stood there at the bar with me. As he stood there, I noticed Robert Redford standing beside Dave. When I say beside Dave, I mean, Robert Redford stood literally shoulder to shoulder to Dave at the crowded bar. For ten minutes I stalled. For ten minutes I waited for Dave to notice. For ten minutes I think Dave was paying closer attention to me ordering a drink. It was not until we left that I shrieked, “Dave do you know who you were standing next to?” “No. Who?” “Robert Redford.” I emphatically uttered. “Really? I had no idea.” It was awesome!

Back to the present, and few days later I was telling my friend Jodi all about the guy I saw at Whole Foods Park City when she alerted me to a very important Celebrity Trivia factoid, “Beth, not only was he in Dharma and Greg, he is on that show Criminal Minds and that show is still on the air.” “Wow! I had no idea.”

Today when friend Kathi posted a picture of herself with Bachelor Ben it was pretty awesome and it is also typical Park City. What I have learned living here is that I am not special because I have had my picture taken with Orrin Hatch and Juliette Lewis. Who cares that I bumped heads (literally and ouch) with John Malkovich and so what if I called Miranda Otto a bitch because she swiped my seat. So what if it was her movie that was premiering that year. 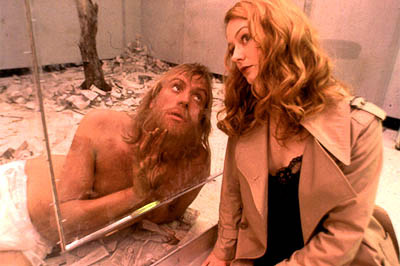 I actually do think it is cool that Kathi had her picture taken with Bachelor Ben! I also think it is awesome because I really like Kathi and it reminded me that Kathi and I keep trying to get our sons Jack and Eli together. They love playing and with the holidays, things kept falling apart. When I saw that picture I thought, “Hey I need to call Kathi,” so I did, well, actually I texted her because she is at work. Thank you Bachelor Ben. I did, however, call her house first and Jack, being the always-open-for-a-play-date kid that he is, said, “Why doesn’t Eli come over now?” While Eli plays with Jack I get to write and if Kathi had not posted the photo I do not know if this day would have ever happened. Thank you Bachelor Ben. Thank you celebrities of all different degrees for visiting our town. You make life a little more interesting here.