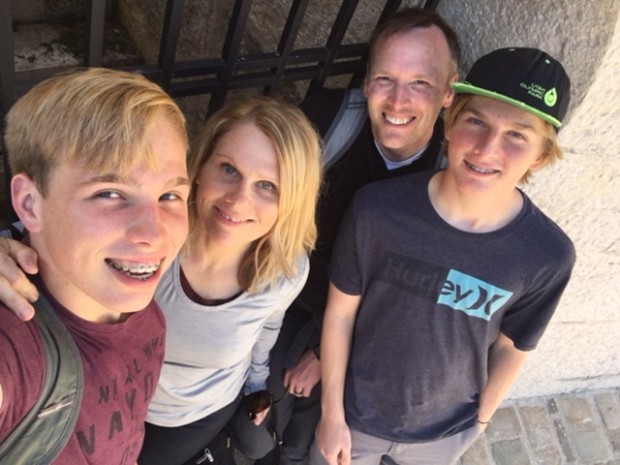 A friend recently suggested I listen to Brené Brown’s talk entitled, “The Anatomy of Trust.” I was like,

“Who is Brené Brown? And why do you always refer to her?”

Apparently I am nearly the last people on Earth who has not heard of or listened to Brené Brown, or at least, I am the last of the subset of those who listen of those who watch Oprah, listen to the Ted Radio hour, and/or read transcendent personal essays, such as the ones found in The Atlantic Monthly.  In truth, I was listening to another podcast recently (Amanda Palmer on Design Matters) when Amanda Palmer, formerly of the cabaret-punk duo, “The Dresden Dolls,” quoted Brené Brown. I figured if cabaret-punk can coexist with Dallas mom, then well, I can listen to Brené Brown. 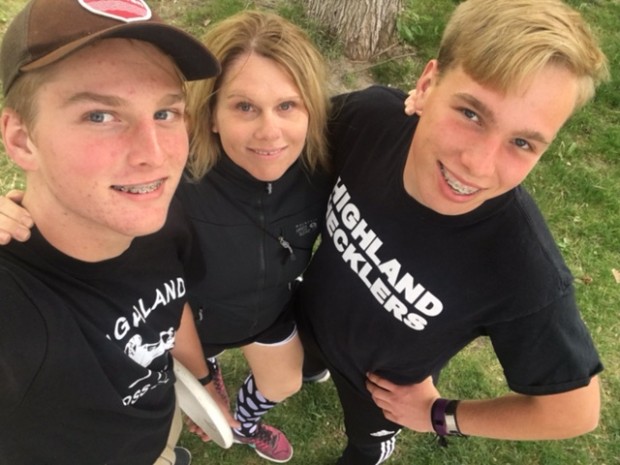 Me and the boys, Liberty Park Salt Lake City, Utah

So, between avoiding my online French class and booking summer travel I decided it was time. Immediately Brené encoded the definition of trust into a most awesome mnemonic device. Yes, awesome, because I still remember the word: BRAVING. I will not break it down for you now. I suggest you listen to her entire podcast.  Right now I want to focus on the “v” in her memory acronym.  No. The “v” is not referring to a 1980’s alien invasion reboot, or to lady parts. The “v” in BRAVING refers to the trust concept of a Vault, which by Brené Brown’s definition means: “what I share with you, you will hold in confidence. And what you share with me, I will hold in confidence.”  Feeling confident with my ability to keep confidences, I almost missed the next crucial advice Brené gave, which is the idea that we are not trustworthy when we participate in salacious behavior. Meaning that “in our relationship I need to see that you acknowledge confidentiality and I need to do the same.” Nevertheless, in an attempt to “hotwire connections,” simply put, we gossip. 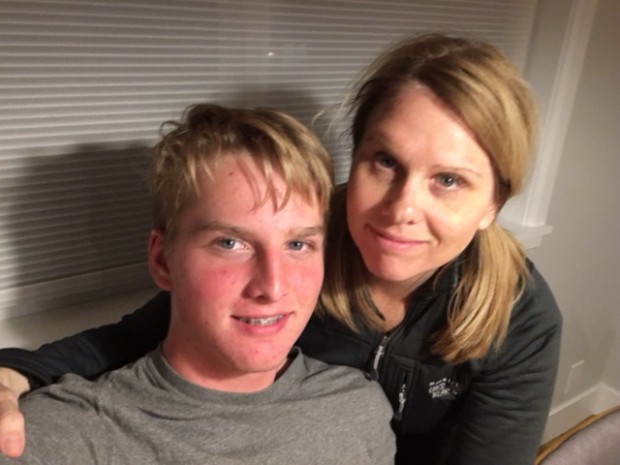 As a result, instead of healthy, trusting connections, Brené Brown suggests that “our closeness is built on hating the same people.” She calls this, “Common Enemy Intimacy.”  Ouch! I get it. How many times am I silent, ultimately complicit, as I listen to the rumors. My excuse: I want to feel a part, especially when it comes to the other moms. Why can’t I be brave?

With thoughts simmering, I finished the twenty-four minute podcast (of course I took notes). And I continue to simmer. I am trying to process the concept that an aspect of trust is our ability to keep our mouths shut, or better, “not sharing something that is not mine to share.”  As I think, I want  push further and suggest that Common Enemy Intimacy is a pervasive societal condition. For instance, socially we reject those who do not act like us. Religiously we fear those who do not believe like us. Politically we hate those who do not think like us. Deep breath. I am not going to talk politics or religion. I am going to speak to the social component, specifically regarding parenting as it relates to my relationships with other moms. And here is my conundrum:  How do I quickly engage you without betraying trust? I need help.

First, I could totally rationalize.  I agree.  Gossip does hotwire a connection. Sure, telling you about a bitchy mom may build closeness with you, but at what cost? I would even argue that talking about someone else in an attempt to heal is a form of gossip. In defense of healing, my story includes other people and my opinions of them. I know if you understood the details you would gain greater perspective. As a result, I am sure my full disclosure would allow for better advice. At what cost? What about trust? Where is the line? Is it worth breaking someone’s trust? Ah! What do I do? 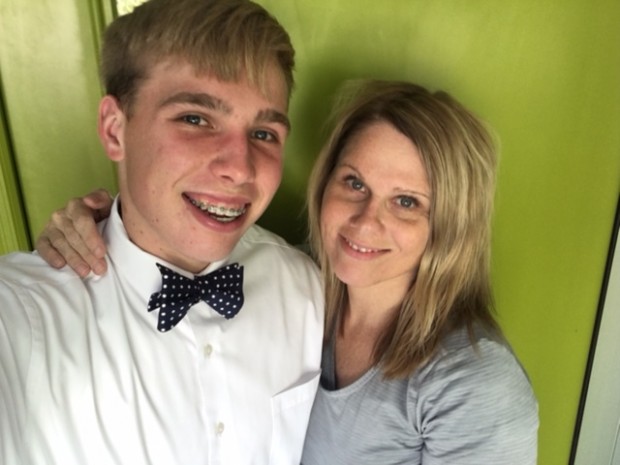 Here is a thought. I would like to push further on the concept of trust.  In what we share with others, I would like to consider a line of thought, which is that women (in general) are culturally taught to accommodate.  As a result, I would suggest that our society does not enable us to ground ourselves in our own space or our own stories. Because we are taught to tether to our relationships to an exterior world, we become dependent on the opinions of others. And as accommodators, I would argue that gossip is a natural form of this exterior connection (intimacy). Sure, I could also have an entire conversation regarding the idea that patriarchy and how women treat one another is because they feel the only power they have is within their own gender and that creates inequitable trust, but I won’t, at least not right now. Ultimately, women who try to break the societal cycle and who are “grounded” in their own narrative can actually be viewed as self-absorbed or narcissistic. Because we do not want to appear self-centered or self-absorbed, the accommodating feedback loop persists. That is why I push back. I may not like or condone gossip. In fact I pretty much hate gossip in all its mean-girl forms. Nevertheless, I have compassion for the women who do.  And maybe it is because women who gossip are not trying to break trust. Perhaps they gossip because they are not comfortable standing in their own space, or they do not feel they can. (By the way, self trust is half of the equation:  You “can’t ask people to give you something you don’t think you are worthy of receiving.”) In the end, we become more of the wind and less of the tree. And as the wind, it is not about trust, it becomes about fitting in and holding on. 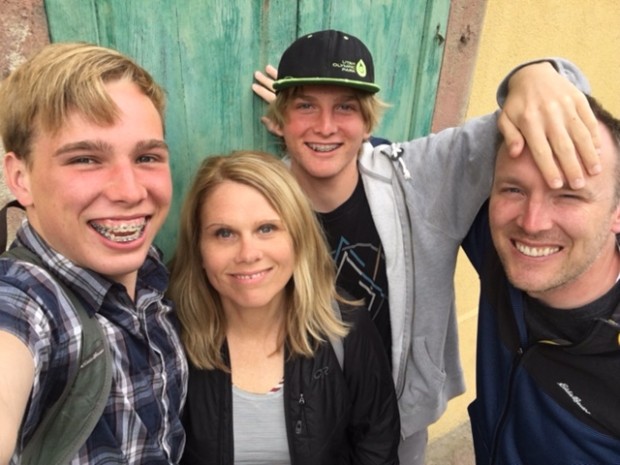 Alas, all this exposition simply to ask,

“How do I stand in my space and tell my story while holding everyone’s trust, including my own?”