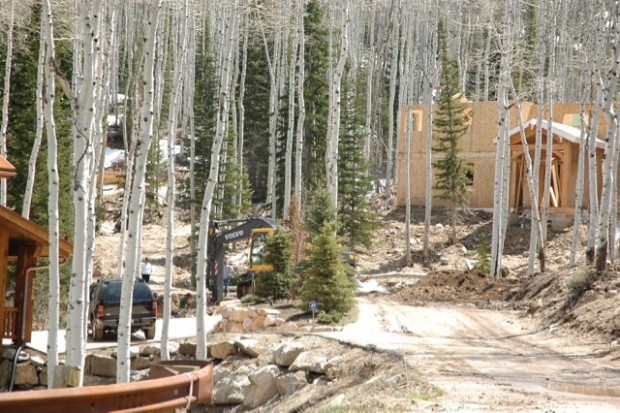 Every so often I try to tackle my blog archives. I say, every so often, because tackling my archives is a complex, time sucking, and emotionally consuming (totally existential) endeavor. See, I didn’t just remove my posts from the public’s view by say setting them to “draft” in the backend of my website, I (literally) yanked my blog offline (well Dave yanked it because I asked him to). Consequently, for the past several years, my blog has existed (been stored) in a variety of database files. I know. Crazy, right? I completely agree! In truth, this creative act of duct-taping all the former pieces together is often why I find myself republishing my archives only “every so often.” And when I actually do jump into the republishing “process,” I always ask myself the same question: 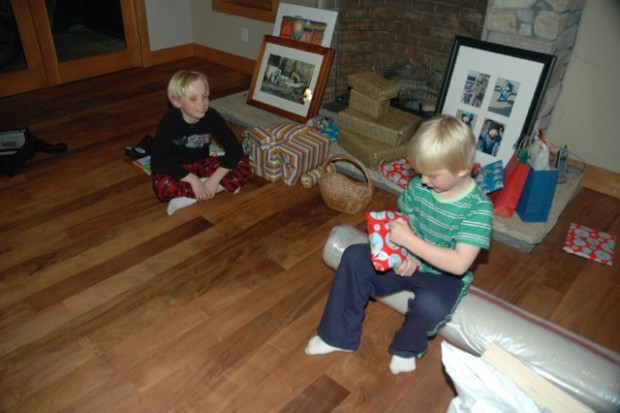 Our first Christmas in the Park City House. December 2007.

“Beth, why oh why did you ever take your blog down?”

Good question. I am sure my therapist will have a much different answer than the one I present here [wink wink]. And really, my answer is always dependent on my mood, the time of the month, or what crazy emotion a specific post reignites. Recently, and after reanimating several posts, Dave and I both weighed in. We agree (yet again). I was an idiot for taking my blog offline – if only for the fact that keeping my blog online would make this whole re-publishing process easier – and it would. 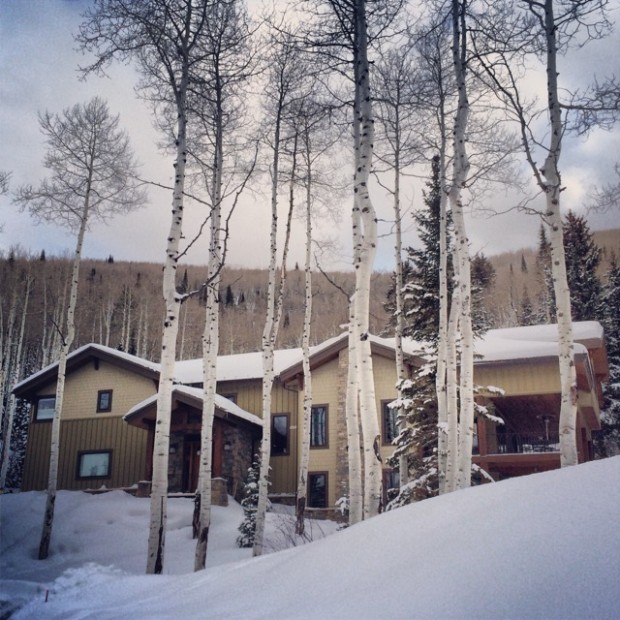 Further, I think it is helpful to understand the process to see why it drives me nuts. First, before reposting/reanimating, I always recheck the post for bad grammar (don’t judge. I am sure I could re-edit until the cows come home and you would still find a comma splice, dangling modifier, or run-on sentence). Next, there are the images. Currently the images that are attached to the archived post only exist in file names (99% off the time). What the image issue implies is if I want the image, I need to relocate it, or find a similar image from the same time period. Ay-yi-yi! The image issue is confounded because new blog software requires me to set a post image. If I do not have a set post image, my blog posts look dumb. And because appearance is everything [wink wink], “dumb” is not acceptable. Then there are the links. In my old posts, they are often dead — not always, but often, which is almost worse. And because I am totally OCD, I search out active links that correlate with the old link. Yesterday, I searched for Tom Cruise and his couch-jumping, Oprah chewing out James Frey, and Oprah speaking about Hurricane Katrina. What I learned: late-winter-and-early-spring-of-2006 Beth loves the Oprah! The boys were also age four and six at the time. I think Oprah was a good friend to 2006-Beth.

Moving past Oprah, and the links to Oprah, there is the vanity part. I mean my vanity, which is in direct proportion to my comment total. Pushing further, you and I both know that the amount of comments one has directly correlates to how awesome one is. See, I may not be awesome now, but long ago, in a land far, far away I was, awesome, that is [wink wink]. The formula is simple. Because I am vain (and used to be awesome), I want people to see the accompanying thread. It still kills me that I have misplaced most of them like the 148 comments that accompanied one of my craziest posts. If one can be that awesome after a post like that, well then, wow! So in my search for the missing comments, just yesterday I came one step closer to finding them. They are not only in a database, they are attached to Moveable Type not WordPress. They are probably gone and I will get over it, because in truth, everyone is awesome! 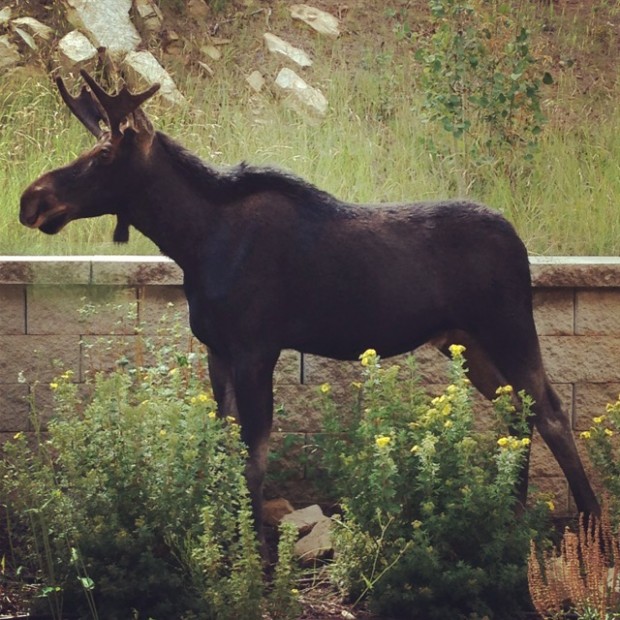 Love that we always had moose in our yard. Park City, Utah

While we’re on the topic of my comment vanity, the craziest, hardest, most exhilarating, most healing and weirdest part about re-posting old posts is falling into the emotional vortex of my past. Consequently, when I work on bringing a post back to life, I find it very difficult not to fall in. Because I did not have a crystal ball back then or have one now, I could not see. I could not see what would be important now. For instance, in my posts in the Spring of 2006, I see a woman getting caught up in a Mommy Blogger World. My posts became more about getting along with other mommy bloggers than being true to myself. I see myself getting sadder and sadder and I now see that stepping away was really smart, actually. I see how frustrated I was and how frustrating that world was. To fit in, I was starting to hide a lot of who I was. I became fearful. Ultimately, brave-Beth morphed into a very insecure lady. I had a hard time calling bullshit and often couched my frustrations in posts about truth-telling. Dude, I wrote so many posts about truth. I was mad. Why didn’t I just say it? Anyway.

As I re-read my old posts I noticed that I hold onto everything personal. Meaning, if Kyle or Eli said something cute, I want more. When I mentioned a trip, I want to know where we went. Why didn’t I write down where we went? So weird. When I briefly mentioned Park City, or that we were building a house there, I wanted details. What I know now is that I wish I had been less concerned about getting a ton of comments (for instance) and more concerned about recording the cool details going on around me, details like what it was like to build a freaking house in Park City, Utah. I am so proud of Dave. I still am. The process was completely mind-blowing, hilarious, marriage-testing and totally worth it. Did I ever tell you how Dave bought our land in Park City? He literally called my bluff.
Dave was very interested in living in Park City, and had been looking at lots. I did not particularly want to live in Park City. He found a lot up in a canyon that was in the crook of a bend in the road. I said, 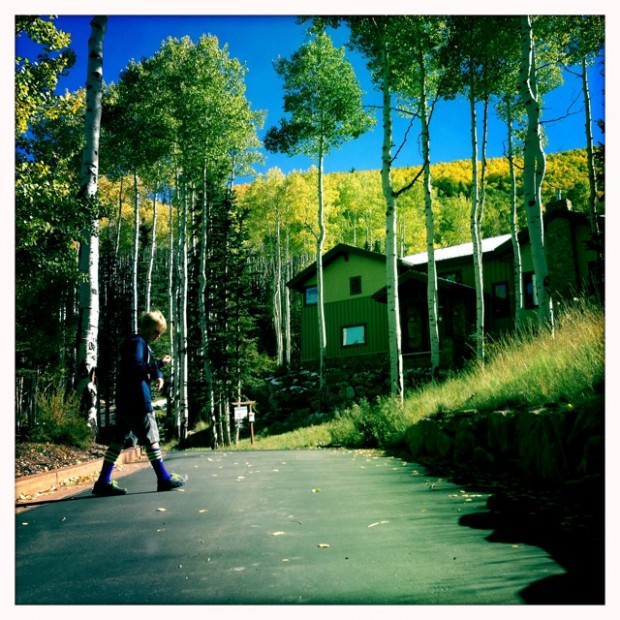 Our Park City House when we put it up for sale

“I don’t like that lot. Now, if it were one of those lots across the street in that cozy little enclave, then I would be interested”

Those lots were not for sale. I thought I was safe. Little did I know that Dave would go to the city, see who owned the plots, approach the owner and ask if they would be interested in selling it to us. They were. Bluff called.

Did you know Dave also put a team together, and with his own two hands built a Park City mountain retreat? Our Park City neighbors were also building a house (the same ones who sold us the plot). I thought it was hilarious that the contractors let Dave and his team have at the discarded (almost new) pieces of wood they carelessly threw away each day, to the extent that at least 5% of our house was built with materials scrounged from the neighbor’s dumpster.

The guy who taught Dave everything he knows about carpentry was our college friend James. I did not think it was hilarious when James’ dog bit the neighbor (and Eli). James also went AWOL and Dave had to complete the job on his own. He rocked it. I hated that all of our tools were stolen (out of a huge lock box no less). I loved that after our tools were stolen that Aaron, one of the guys working on the house moved into the old camper on our lot. I loved Fatty the Squirrel. Phil, another builder, did not love that Fatty always ate his lunch. To help Phil save his lunch, we bought him a locking lunchbox. Fatty had it coming to him the day he was hit by a car. May he rest in peace. I loved our Moose! And yes, ask anyone, I hated living in that snowy mountain place, yet I absolutely loved that house! We miss it!

… So back in 2006 (because those are the archives I am working on now) I wish I could have seen the future. I wish that all of us could. Blogs were new. We took our cues from the Mommy-blog leaders and thought, at least I did, that we needed to write like they were writing. Trying to one-up the personal tragedy of other mommy bloggers grew old. Looking back, I wish I did not feel like I had to tailor my content to get the attention of other mommy bloggers. Now I see that before there was sponsorship sell-out, bloggers were selling out to each other (myself included). Further, publicly writing my pain on a daily basis became tiresome (and was sort of dishonest because it made people think my life was much sadder than it was). Today, the landscape has completely changed. I am not sure that is such a bad thing. I see those old blogs old-school bloggers pulling the plug on their once cherished blogs. Yet, in a full circle moment, maybe blogs of today will fund their success by returning to the very beginnings, the time before sponsorships, the time before people really cared about keeping up, the time where we were (possibly) our truest selves. Just a thought. 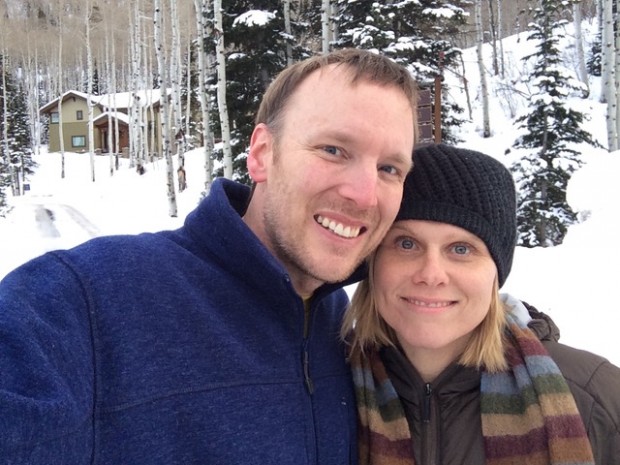 Whatever the case, I am happy to be reviving my archives now.